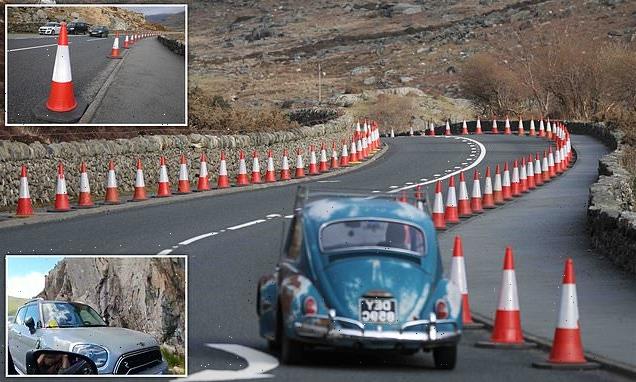 ‘It has turned into Snowconia!’ Furious locals slam ‘dangerous’ anti-parking measure in Welsh national park after hundreds of traffic cones were installed on busy route

Hundreds of traffic cones installed to prevent parking along a popular Snowdonia route have led to the mountain being dubbed ‘Snowconia’ by critics.

The measures to prevent drivers parking on either side of the A5 in the Ogwen Valley have also been condemned as ‘dangerous’ to motorists and pedestrians.

The bright orange and white plastic cones were installed as a reaction to the parking chaos which gripped the area last summer.

Hundreds of cars tried to park illegally on the road as people stampeded to Snowdon when Covid restrictions eased in Wales.

People have bemoaned the return of the plastic cones again this year, with some nicknaming the national park ‘Snowconia’.

Aside from the visual blight on the beauty spot, the biggest gripe has been about the narrowing of the carriageway by cones lining each side of the road, forcing vehicles towards the centre.

Pedestrians and cyclists have also complained about the need to dodge cones, while concerns have previously been raised that the anti-parking measures prevent access for emergency workers. 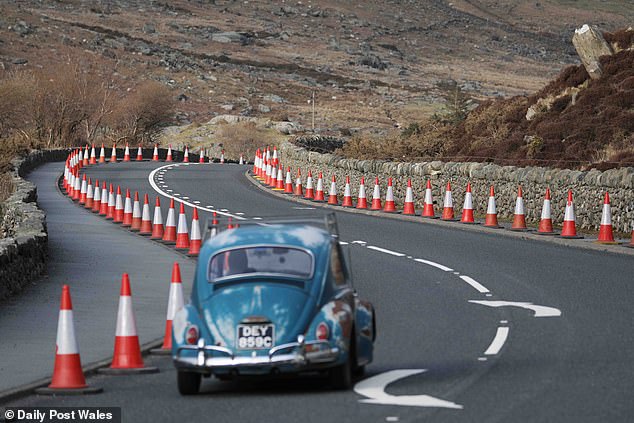 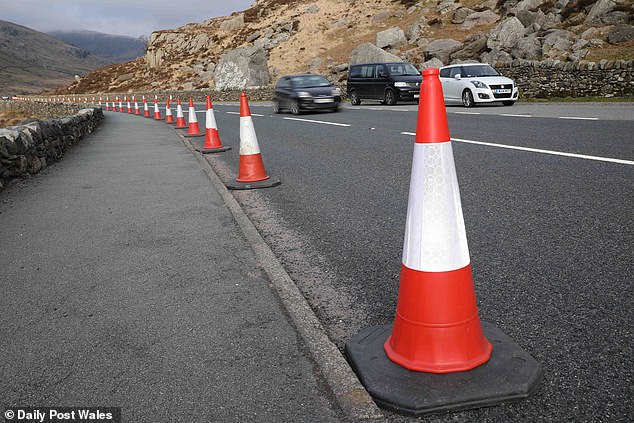 The issue has been highlighted by Snowdonia Mountain Community, a Facebook platform for promoting the national park’s mountains and coastline.

‘These measures are on the verge of being dangerous,’ it said.

‘They push the flow of traffic over to the centre of the road, giving vehicles or bikes less space to react.

‘The cones may stop vehicles parking but they are causing an obstruction to pedestrians, some of whom have to step into the road.’

Parking has long been a problem in the Ogwen Valley, especially in peak season.

There are designated parking laybys on the mountain, but these fill up rapidly – leading motorists to park illegally on the roadsides.

Matters came to a head over the summer with the easing of the first lockdown last year.

The chaos erupted after Snowdonia National Park was reopened on July 6 when the Welsh government axed its ‘stay local’ rule.

The region became a popular walking spot as people embraced the outdoors after being told to remain at home during lockdown and while they were unable to travel abroad due to Covid restrictions.

On one weekend alone, almost 200 vehicles were issued tickets for illegally parking on the roads leading up to the mountain, while pictures showed as many as 500 cars packed along the A4086 to the Pen-y-Pass forcing cars to drive single file down the road in chaotic scenes.

In a bid to prevent similar scenes this year, Traffic Wales began deploying the cones at busy times, with the latest batch put out before Easter. 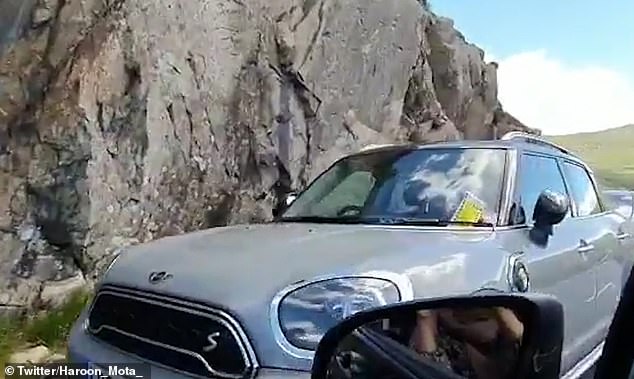 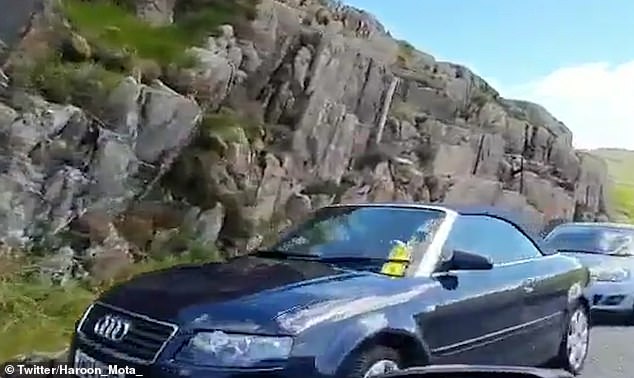 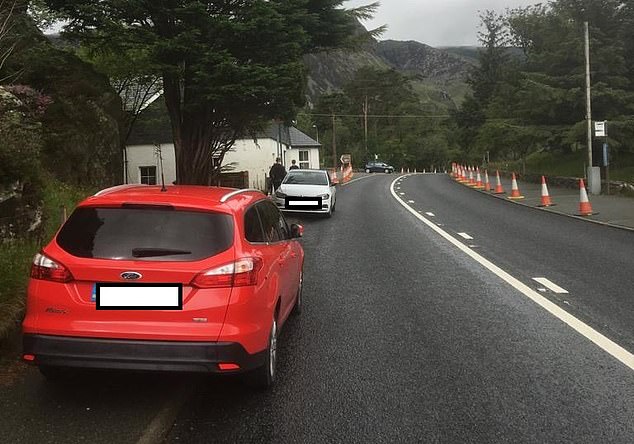 A part-time, temporary speed restriction was also introduced in a bid to improve safety for all road users, not just motorists.

A Welsh Government spokesperson said: ‘Following discussions with North Wales Police, traffic cones were placed at specific locations along the A5 at Llyn Ogwen prior to the Easter holidays to prevent obstructive and dangerous parking where a double white line system is present.’

The traffic cones are seen as a short-term solution to the area’s parking woes.

More permanent measures are being investigated as SNPA looks to improve the national park’s sustainability credentials.

However some Facebook contributors insist the cones are ‘less dangerous’ than having to navigate around parked cars and even cyclists.

Others have called for all parking in Ogwen Valley to be banned except for motorists who have booked tickets at the visitors centre.

A few want to see the current solid white line on the Capel Curig-bound carriageway – which discourages parking – replaced by double yellow lines, which prohibit parking. 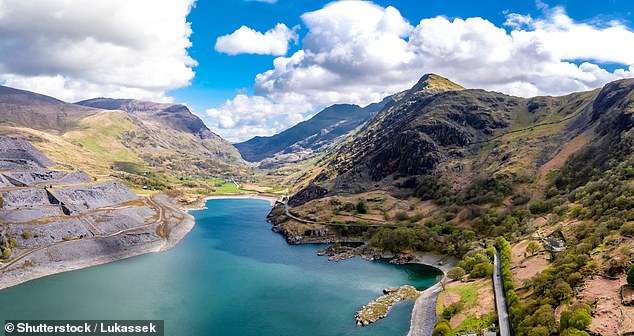 The Welsh national park (pictured, stock image) is a popular spot with walkers and people flocked to the region last summer when they were unable to travel abroad due to Covid

‘As it stands, for years people have been parking there & getting tickets or towed & up in arms, as it’s never been clear,’ wrote one Facebook user.

‘Double yellows would make it clear for everyone.’

Snowdonia Mountain Community suggested the A5 through the Ogwen Valley could even become a ‘red route’, whilst retaining designated parking areas.

‘Red does mean danger and don’t do it,’ said a spokesperson.

‘However double yellow lines would perhaps be best as everyone forgets a solid white line is a clear way.’

Next six months ‘most critical in a generation’ for climate emergency, says man behind Paris deal