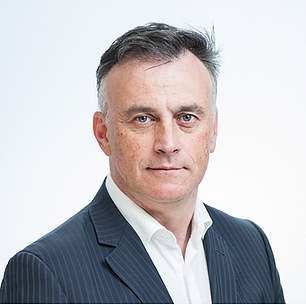 Four firms who started work on age verification systems after the Government announced it wanted to block access to adult sites for under 18s are taking legal action at the High Court.

The plan, unveiled to much fanfare in April last year, was scrapped by ministers in October after fears over privacy and data security.

AgeChecked, VeriMe, AVYourself and AVSecure are seeking a judicial review of the decision taken by Culture Secretary Baroness Morgan.

They say that the fears over data security were unfounded.

‘AgeChecked provides anonymous age verification, and it does not retain any personal data.’ 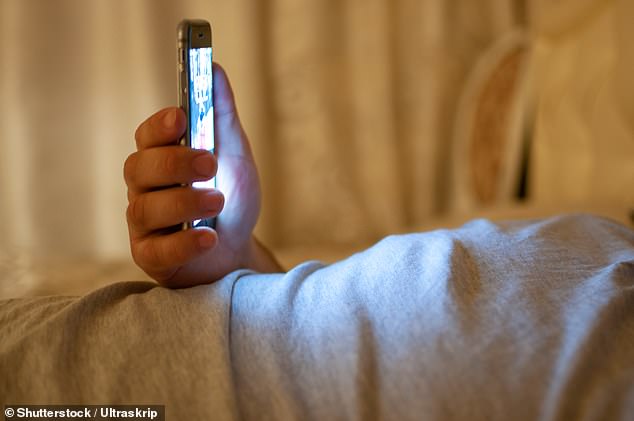 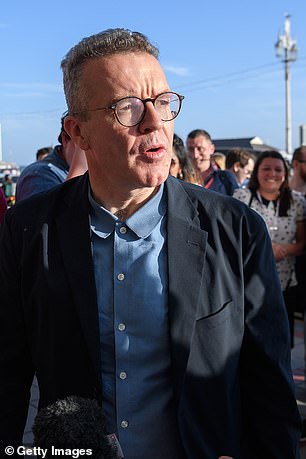 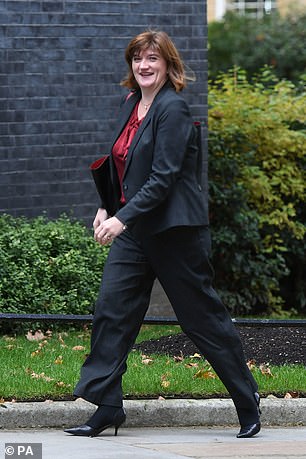 Culture Secretary Nicky Morgan (right) announced that a new law forcing people to prove they are 18 or over to access content would not be going ahead. But Labour counterpart Tom Watson (left) said: ‘This whole process has been a shambles’

The move, which applied to sites whose content is more than a third pornographic, was designed to cut the number of children who are freely able to access extreme material on the internet.

It outlined several ways to do this:

These methods raised concerns about handing sensitive identification information to third parties. In June computer security expert Alan Woodward at the University of Surrey,  called the process ‘ineffective’ and said the BBFC was ‘not equipped’ to deal with regulation.

He also highlighted the security issues of the policy, as age check firms that users will be required to register with in order to access pornography will hold every users details, making it a ‘juicy target’ for hackers.

A voluntary certification scheme, known as the Age-verification Certificate (AVC), was also due to be available to assess the data security standards of the companies that provide these solutions.

But it was criticised by freedom campaigners and others who feared that making people give personal details leaves them open to fraud and blackmail.

The British Board of Film Classification (BBFC)  said in April that 18 ‘determined teenagers will find ways to access pornography’.

The legislation, announced in April, had already been delayed twice before it was finally scrapped in October.

In a written statement to MPs at the time, Ms Morgan said the Government ‘will not be commencing Part Three of the Digital Economy Act 2017 concerning age verification for online pornography’.

‘The Digital Economy Act objectives will therefore be delivered through our proposed online harms regulatory regime.’ she wrote.

‘This course of action will give the regulator discretion on the most effective means for companies to meet their duty of care.’

This means it will be left to the BBFC and other non-governmental bodies to police adult content online as they see fit.

The decision by the firms to seek a judicial review has been criticised by online privacy groups.

Jim Killock, executive director of the Open Rights Group said: ‘These companies are asking us to trust them with records of millions of people’s sexual preferences, with huge commercial reasons to use that data for profiling and advertising.

‘The adult industry has a terrible record on data security. We’re being asked to hope they don’t repeat the many, many times they have lost personal data, with the result that blackmail scams and worse proliferates.

‘The government did the responsible thing when it admitted its plans were not ready to proceed.

‘Age Verification must not be pushed forward until there is compulsory privacy regulation put in place.’ 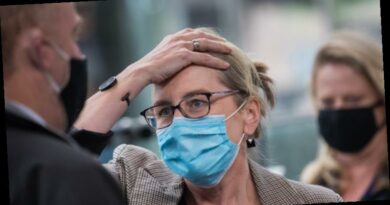