THIS is the terrifying moment a massive great white shark attacks a film crew's boat and tries to drag them under water.

The crew – who are lucky to be alive – had been trying to film an elusive mega-predator when they were attacked by a group of angry sharks. 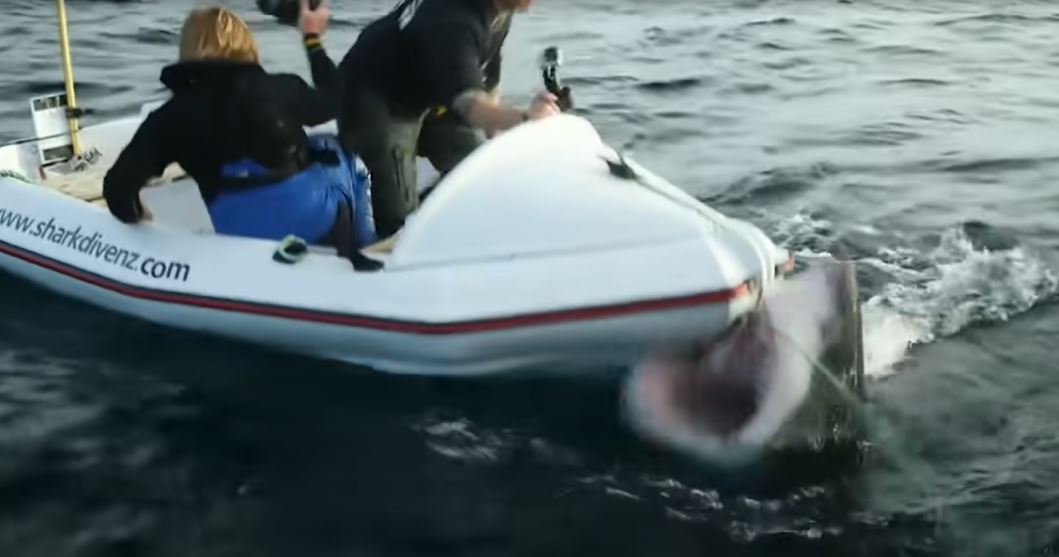 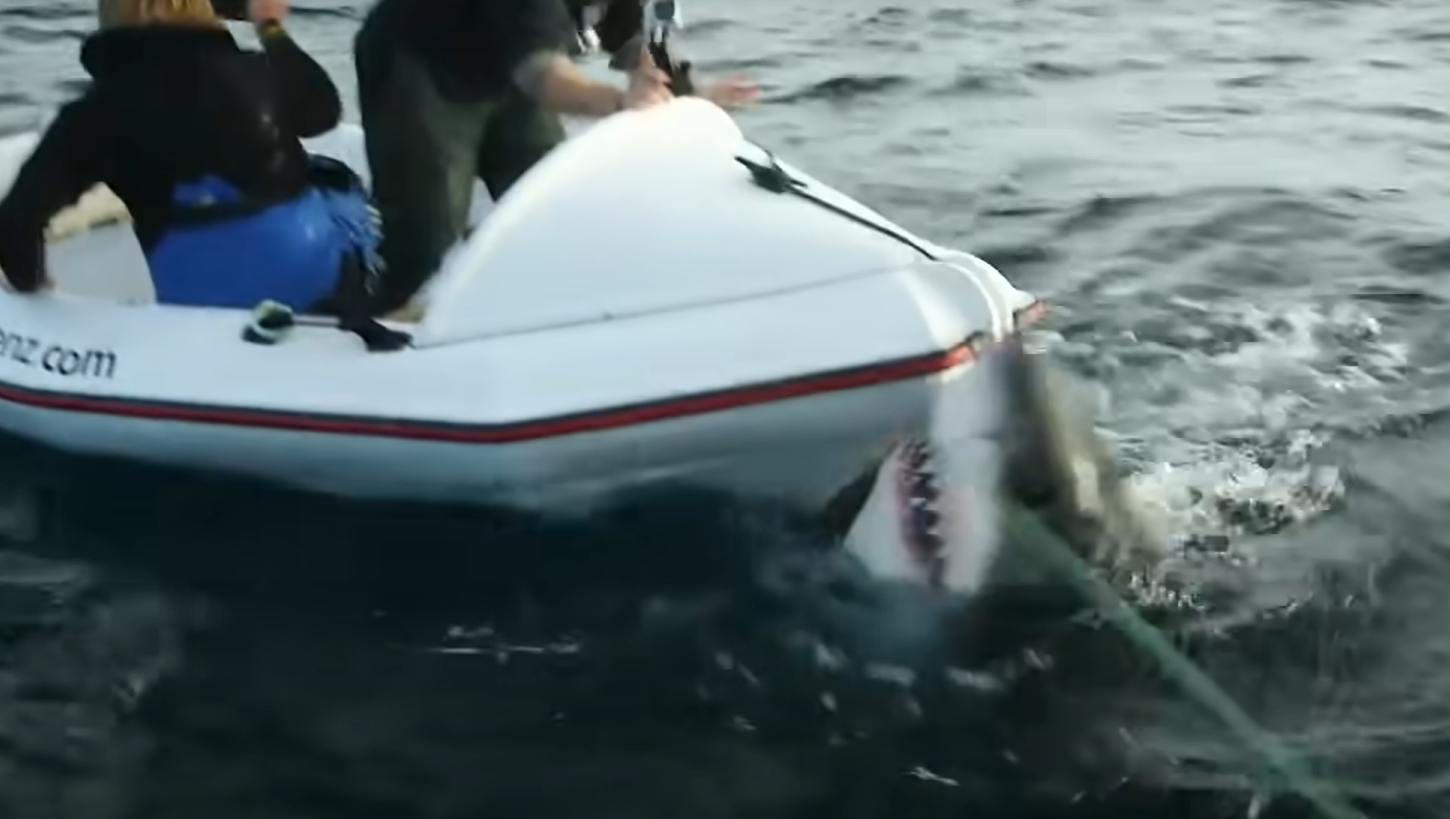 Two men were on board a small inflatable raft connected to a larger boat when a one of the sharks lunged out of the water and tried severing the only rope connecting the two vessels.

'NOT A GOOD IDEA'

Eager to see the mega-shark's feeding grounds just off Stewart Island, New Zealand, the men try to strap a camera onto the fin of a shark they had lured in.

But their excitement soon turned to panic when the hungry beast launched at their dingy and then the rope, taking two to three chomps to gnaw through it.

Failing that, it then drags the boat around before diving into the ocean with the cord in its jaws.

If cut off, the boat will become highly unstable and the men would be left stranded in the middle of a feeding ground.

The giant predator eventually lets go and appears to swim off only to return moments later.

As one of the cameramen, Andy Casagrande, explains what just happened, someone yells out: "Andy! Andy! Andy!" and points to a shark swimming nearby.

The beast circles under the dinghy a few times before attacking a buoy attached to the raft, sending the crew into a panic.

A second shark joins in and both begin randomly ploughing into the boat.

The sharks eventually give up and the crew call it a day.

According to shark activists, the predators may have thought the film crew had food to give.

They said sharks are becoming more comfortable around boats because of cage diving, according to ABC news.

The horrifying footage comes as a Brit lost his leg in a great white shark attack in South Africa.

Michael Cohen, 43, was snapped as he was treated by medical staff on Fish Hoek beach – just moments after the 11ft beast had attempted to maul him to death.

Doctors on the scene confirmed that he needed seven litres of blood as he was swiftly rushed to a nearby hospital following the attack back in 2011.

His doctor, Professor Nicol, confirmed that the man had suffered a near fatal injury – tearing his femoral artery and vein.

He tragically lost his right leg and part of his left foot and remains in a critical condition as a result of his injuries.

It comes as two people were attacked by sharks in Florida last month.

Lucas Cruz, 15, lost 70 per cent of the blood in his body and his legs had to be reconstructed when he was attacked off Florida Keys.

Kristina Lowe was attacked while posing for a selfie in the water.

A hilarious snap shows the 18-year-old bent over wincing with her mouth stretched wide in horror as she screamed when the predator glided past.

The political science student was having a photoshoot in the water of New Smyrna Beach when she suddenly felt something "rough" brush up against her and rushed out of the water unscathed. 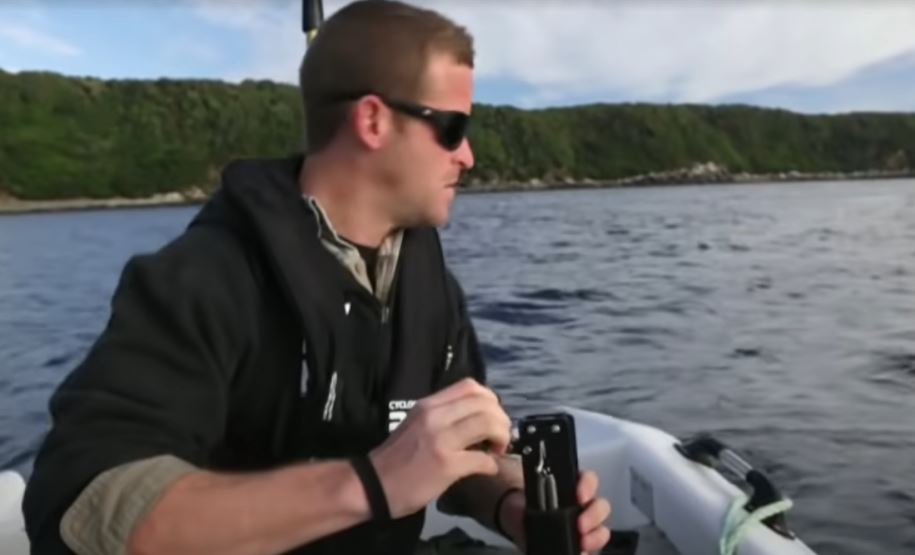 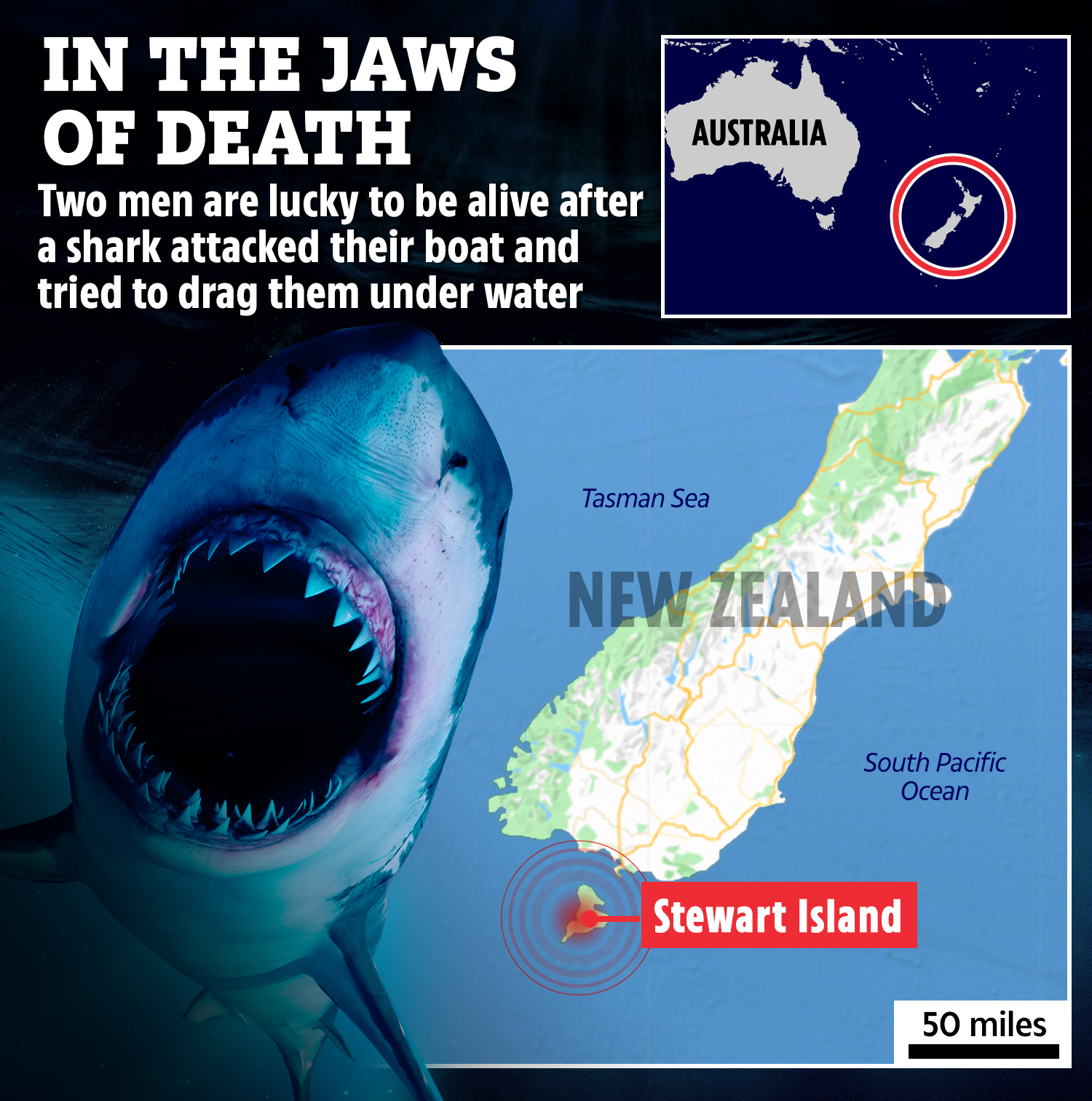 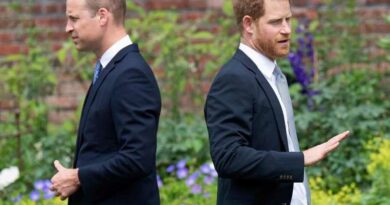 Rift between two princes may never heal as 'it's impossible for William to 'trust' Harry after Oprah chat', pals fear 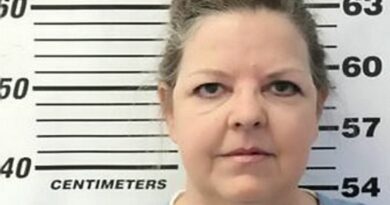