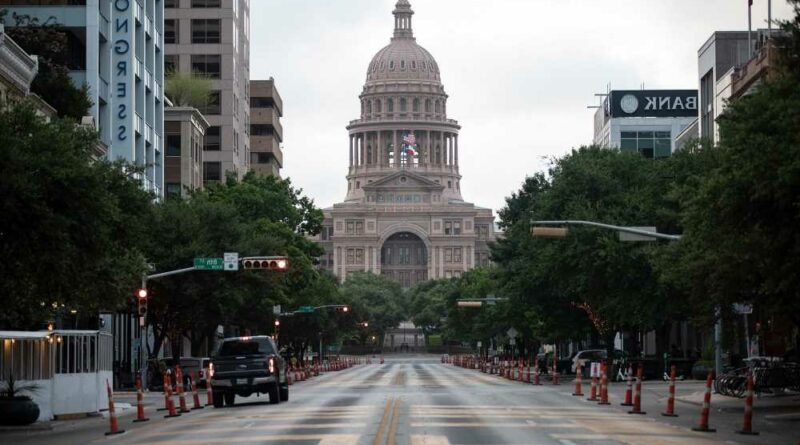 Biden attacks Texas voting bill as an ‘assault on democracy’

​New election laws in Texas — that proponents say will reduce voting fraud but that critics, including President Biden, call an assault on the democratic process — came a step closer to reality early Sunday morning with the approval of the Republican-led state Senate.

The measures — which include banning drive-through voting, add ID requirements for mail-in-ballots and would make it a criminal offense for election officials to send ballot applications for voters who haven’t asked for them — passed at 6 a.m. following seven hours of debate behind closed doors.

The Senate passed the legislation by an 18-13 vote, with all Democrats opposing it.

The state House now must approve the measure, which it is expected to do, and Gov. Greg Abbott, a Republican, said he would sign it.

State Sen. Bryan Hughes, a Republican who authored the legislation, said it will keep elections in the Lone Star State honest.

“We want elections to be secure and accessible,” Hughes said, according to the Dallas Morning News.

But Democrats questioned the secrecy of the debate that was conducted in the early morning hours and complained they didn’t have ample time to go through the entire 67-page bill.

“I have grave concerns about a bill that was crafted in the shadows and passed late at night,” said state Sen. Beverly Powell, a Democrat.

Biden on Saturday blasted the bill that he said “attacks the sacred right to vote.”

“It’s part of an assault on democracy that we’ve seen far too often this year—and often disproportionately targeting Black and Brown Americans,” the president said in a statement issued by the White House.

During the debate Republicans added provisions that allow partisan poll workers to file legal challenges if they believe they are being impeded from observing at the polls, make it easier for a judge to overturn an election, and reduce the hours of voting on Sunday — when many black church-goers head to the polls, the Dallas Morning News reported.

Texas is among the states — including Florida and Georgia — that have passed new election laws in the wake of former President Donald Trump insisting that fraud marked the 2020 presidential election.

Texan GOP lawmakers say the reason they’re taking action on election laws is to ensure integrity in the vote and not because of Trump’s claims.