A MAN has been arrested after a pregnant woman and her unborn child died in a horror crash in Northampton yesterday.

The woman, 39, was walking through the town centre when she was involved in a crash with a Nissan at a junction.

Cops and paramedics dashed to the scene and the woman was taken to hospital.

Despite medics' efforts, the casualty, who was six months pregnant, was pronounced dead on her arrival.

A 31-year-old man is being quizzed by cops today.

Officers tonight called for anyone with information to come forward urgently.

A spokesperson said: "Emergency services were called to the incident just after 2pm after the victim, a pedestrian, was hit by a black Nissan Pathfinder at the junction of Greyfriars and Horsemarket on the A508.

"The victim, who was six months pregnant, was taken to University Hospital, Coventry.

"Sadly, attempts to save her and her unborn child were unsuccessful.

"The driver of the vehicle, a 31-year-old man, has been arrested on suspicion of death by dangerous driving.

"He is currently being held in custody for questioning.

"Officers are appealing for any witnesses to the collision to get in touch.

"They want to hear from anyone who may have relevant dash-cam footage taken prior to, during, or after the collision."

UK police have hundreds of unidentified bodies on their books

Iranian anti-hijab activist who fled to Turkey is arrested 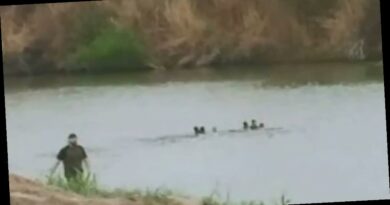