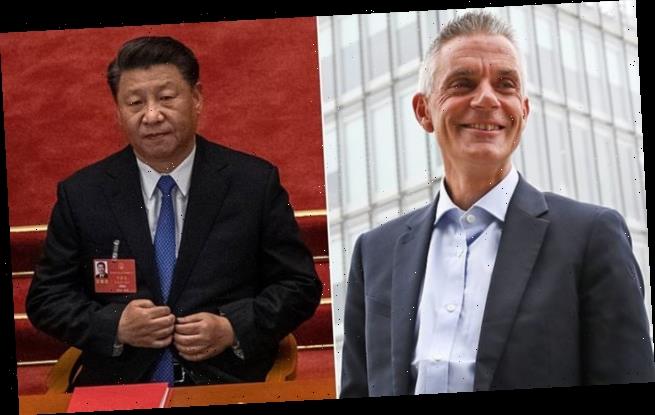 The boss of the BBC has criticised China for its moves to block the broadcaster’s global news coverage, saying that ‘media freedom matters’.

Director-general Tim Davie said the broadcaster ‘should be able to do its reporting without fear or favour’, in a statement posted on Twitter.

The decision was based on technical issues but rooted in complaints about CGTN’s role in persecuting critics of the ruling Communist Party. 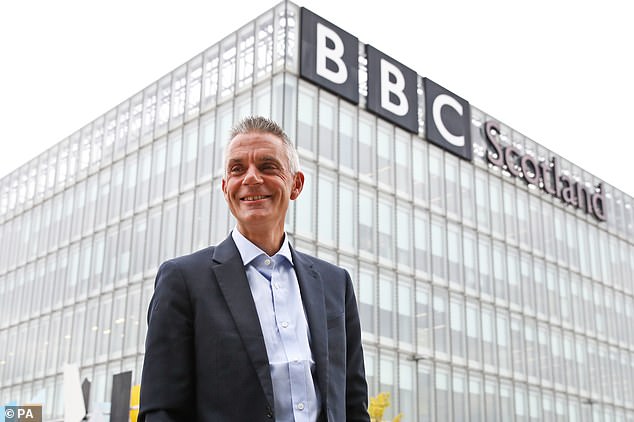 Director-general Tim Davie said the broadcaster ‘should be able to do its reporting without fear or favour’, in a statement posted on Twitter

In mainland China the BBC is only available in some hotels, businesses and residential compounds for foreigners.

Mr Davie said: ‘The latest developments in China, including the banning of the World Service in Hong Kong, are deeply worrying developments.

‘The BBC should be able to do its reporting without fear or favour.

‘It is of deep concern when our journalists are restricted and their work curtailed.’ 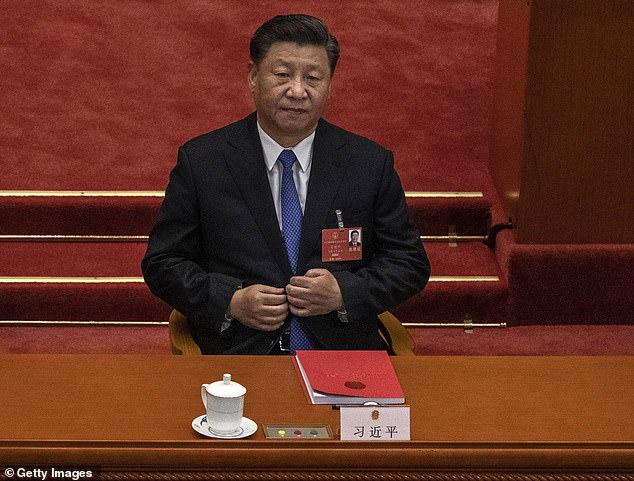 He added: ‘This is not just about stopping the BBC from broadcasting news in China, there are significant and growing global threats to the free media as some seek to increase their control of information.

‘Now, more than ever, it is important that we speak out to demand free and fair journalism.’

Beijing has previously criticised the BBC’s reporting on coronavirus in the country, as well as allegations of human rights abuses against the Uighur minority in Xinjiang.

The European Union has also called on China to reverse its decision.

The China Global Television Network has often been criticised for allegedly sharing misinformation and making false allegations against opponents of the Chinese government.

CGTN’s most high-profile controversies include:

Ofcom launched an investigation into CGTN – previously CCTV – following broadcasts which showed former British journalist Peter Humphrey appearing to confess to a criminal offence, and reported his conviction and an apology.

Mr Humphrey, 64, was jailed for more than two years by a court in Shanghai in 2014, in connection with a corruption case involving pharmaceutical giant GlaxoSmithKline.

The two reports from CCTV identified Mr Humphrey but his face was blurred. The 2013 footage was broadcast across Chinese media as well as – astonishingly – in Britain.

China’s star TV presenter James Chau, a Cambridge-educated journalist who counts the Duchess of Sussex among his friends, solemnly introduced the shocking footage to viewers.

But according to Mr Humphrey, the entire broadcast was a lie.

The network has previously been investigated by Ofcom for its coverage of the Hong Kong protests, which took place in 2019 until late 2020.

The media watchdog said the channel often focused on violence by protesters against police officers while ignoring attacks by the authorities on members of the public.

It said the output echoed the views of the pro-Beijing Hong Kong government without providing sufficient balance from those with alternative views, the Guardian reported.

However, CGTN claimed it was ‘particularly challenging’ to air pro-democracy views on the Hong Kong protests because those demonstrating were reluctant to talk on camera.

In November 2019,  CGTN aired a video of a UK consular employee in captivity appearing to ‘confess’ to consorting with prostitutes.

A week later, he filed a complaint with Ofcom.

In September 2019, the British TV executive resigned from his post as consultant and advisor to CGTN.

He explained he was leaving due to CGTN’s failure to comply with Ofcom’s rules on impartiality regarding coverage of the Hong Kong protests.