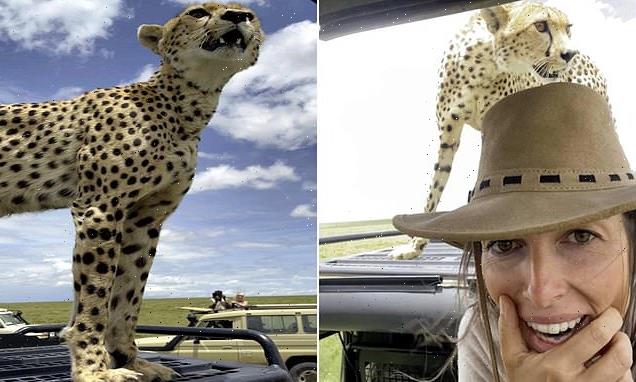 ‘Sit down.. slowly!’ Tourist films incredible selfie with cheetah only inches from her head after it climbs onto open-top safari car in the Serengeti

This is the nerve-racking moment a curious cheetah climbed on top of a safari car and stood inches away from a tourist’s head – giving her a spectacular selfie.

The female tourist was on a trip in the Serengeti in Tanzania when the curious cat came over to the vehicle to explore.

Within minutes it had climbed onto the open-top car and was seen surveying the surrounding area from its new viewpoint. 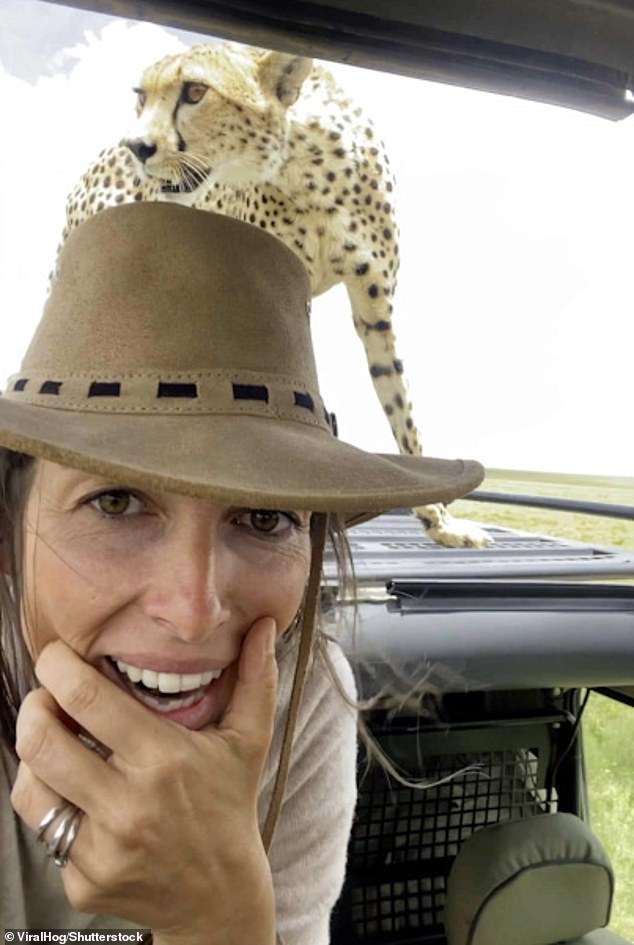 A tourist was able to get an incredible selfie with a mother cheetah which was standing only inches above her head in the Serengeti, Tanzania 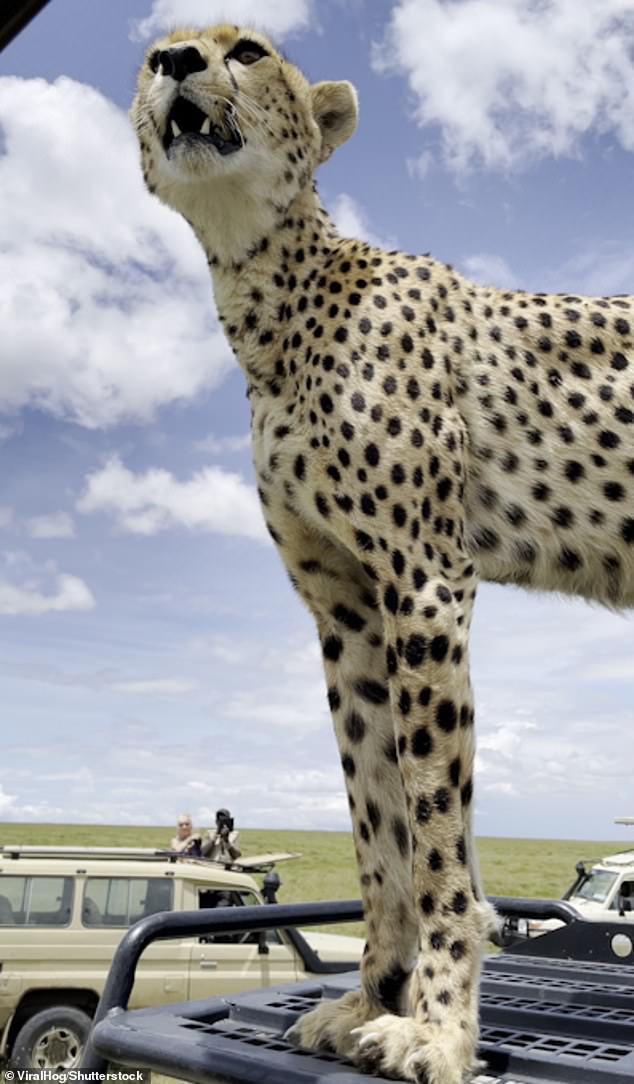 To begin with the wild cat searches around the back of the car, much to the tourists’ excitement, before it clambers onto the open roof.

The woman covers her mouth in shock, surprised to be in such close proximity to the cheetah.

A man inside the vehicle can heard telling her to ‘sit down, slowly’ as she begins to slowly duck down from the open roof, just inches away from the animal, without being detected.

At one point the fearless cheetah even appears to look directly into the camera and the woman comments: ‘Oh my world, hello my baby. 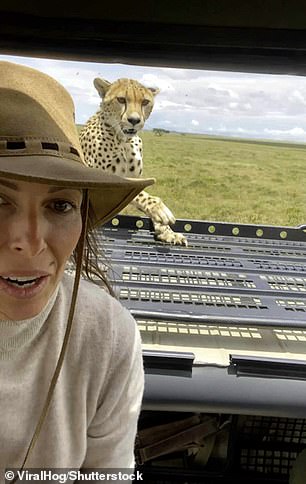 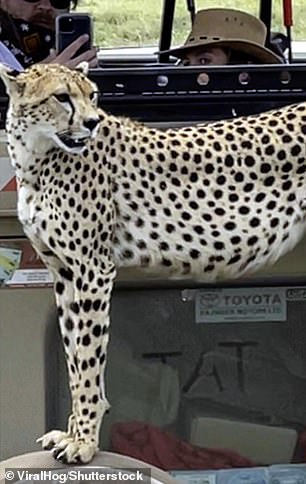 Shocked by what was happening, the female tourist begins to slowly duck down from the open roof, just inches away from the animal, without being detected 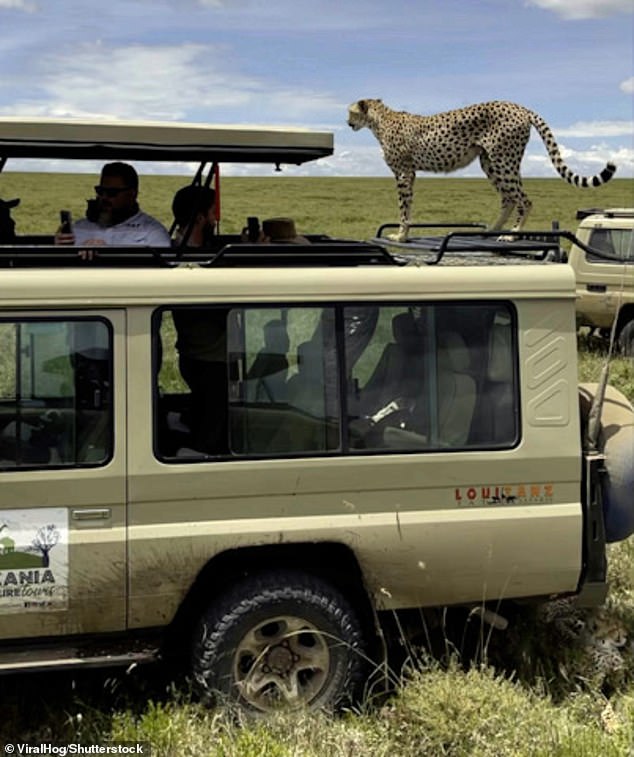 An onlooker said that once the cheetah was on top of the car she called over her four cubs to join her.

But, instead of climbing up with her, they sat underneath the car in the shade and waited patiently for their mother to come down during the incredible encounter, filmed in April 2021 and recently shared online.

As the cheetah leaves the female tourists looks to the people she was with and says ‘Holy s***’.

Renowned for their keen eyesight and dazzling speed, cheetahs are the world’s fastest land mammal, reaching speeds of up to 70mph – more than 30mph faster than a giraffe.