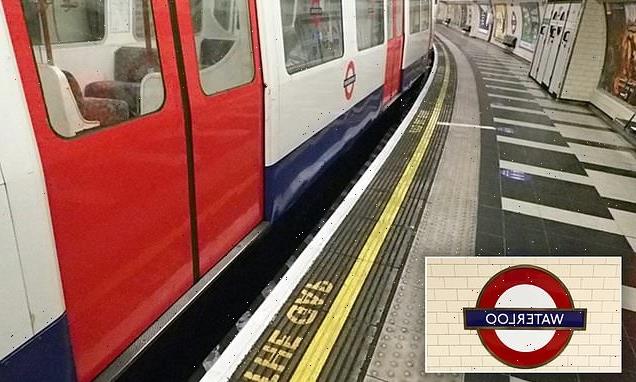 Commuter was killed when he fell through gap between Waterloo Tube carriage and platform and was crushed by departing train before being hit by another one, report finds

A commuter fell through the gap between a train and the platform on the London Underground before being trapped and crushed to death, an investigation has found.

The Rail Accident Investigation Branch (RAIB) said the man had not been spotted by Tube staff and lay on the tracks at Waterloo for more than a minute before being hit by a second train.

The accident happened on May 26, 2020, at the height of the coronavirus pandemic, when no other members of the public were present to help. 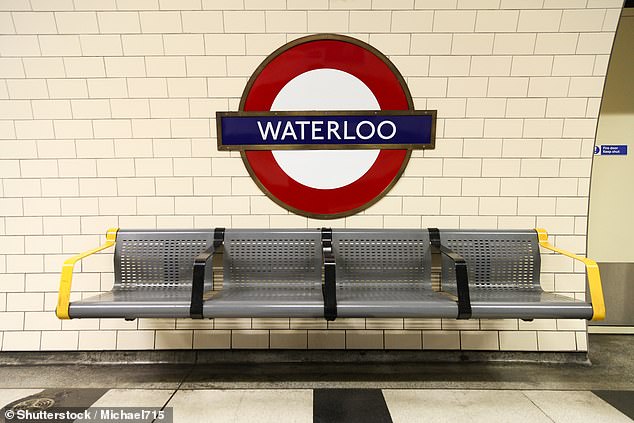 The RAIB said the man had ‘stumbled’ while getting off the train and fell into a large gap caused by the curve of the track at Waterloo Station at around 10.10am.

He was unable to free himself from and was trapped for more than a minute before being crushed by the departing train.

He then lay ‘motionless’ for a further minute and a half before being hit by a second train entering the station.

The RAIB report said that, due to the man’s position on the tracks, he was ‘difficult’ to detect on despatch monitors and was not seen by train operators. 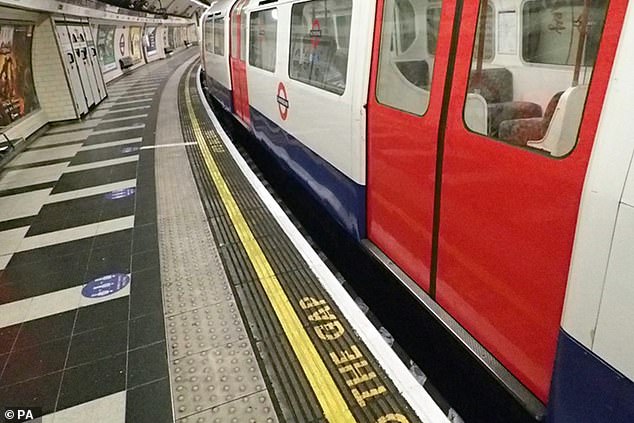 It said: ‘The accident occurred when there were no staff or other members of public nearby to assist the fallen passenger.

‘Train despatch on the Bakerloo line platforms at Waterloo was undertaken by the train operator using a closed-circuit television system to view the side of the train alongside the platform.

‘With only his head and arm above platform level, the passenger was difficult to detect on the despatch monitors, and was not seen by the train operator.

The operator of the following train was unaware of the passenger because their attention was focused on the platform and the train’s stopping point, until after the train had struck the passenger.’

Passenger levels on the Underground on May 26 2020 were 9% of the equivalent day in 2019, according to data from the Department of Transport (DfT).

The investigation concluded that London Underground was not able to identify or provide detailed assessment of all factors, such as curved platforms, that contributed to risks of accidents at certain Tube stations.

The RAIB recommended that ongoing evaluation of existing safety measures be undertaken at stations as well as ‘periodic’ risk assessments for individual locations.