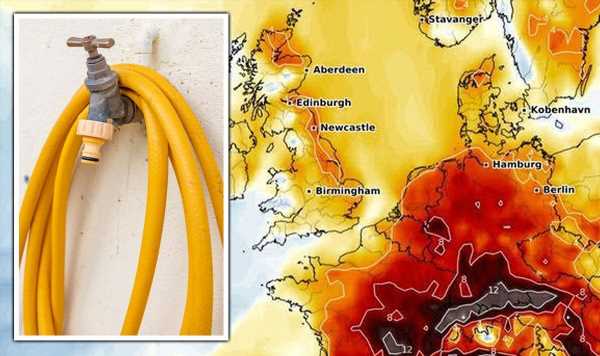 In the midst of a growing drought across the country, exacerbated by extreme heat, demand for water has increased and river levels have dropped.

On Tuesday, the National Drought Group met to discuss measures to tackle the problem and how best to protect water resources.

Forecaster Nick Finnis has since warned that “widespread hosepipe bans” for households could be brought in as early as next month as more extreme hot weather is on the way.

Independent forecaster Netweather warned: “Following ongoing dry weather, water levels are becoming critically low across central, southern and eastern UK. With little rain on the horizon in these areas, #drought22 restrictions, such as hosepipe bans, may come in force next month.”

Southern Water, which provides water to people in Hampshire, West Sussex, Kent and the Isle of Wight, has urged customers to reduce water usage wherever possible.

Officials from the company have applied for a drought permit from the Environmental Agency. 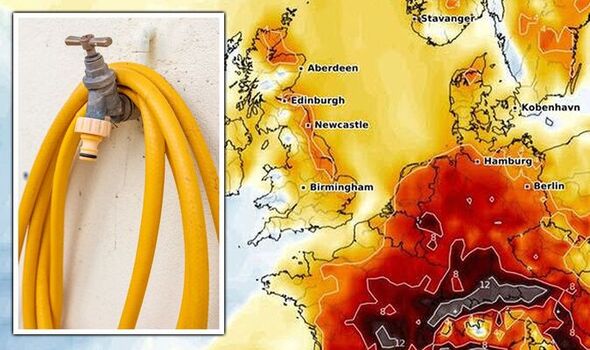 If the permit is granted, residents could soon be banned from using hosepipes, with fines of up to £1,000 set to be issued to those caught breaking the law.

Harvey Bradshaw, Environment Agency executive director, said “we can all do our bit by reducing unnecessary water consumption” whilst rivers are “exceptionally low”.

Water UK has also urged Brits to “carefully consider” their water use after an “unprecedented” recent demand.

In addition to hosepipes, experts have also advised the public to take shorter showers, avoid watering the lawn and use water from paddling pools to wash their cars.

Restrictions for farmers irrigating their crops could also be introduced. 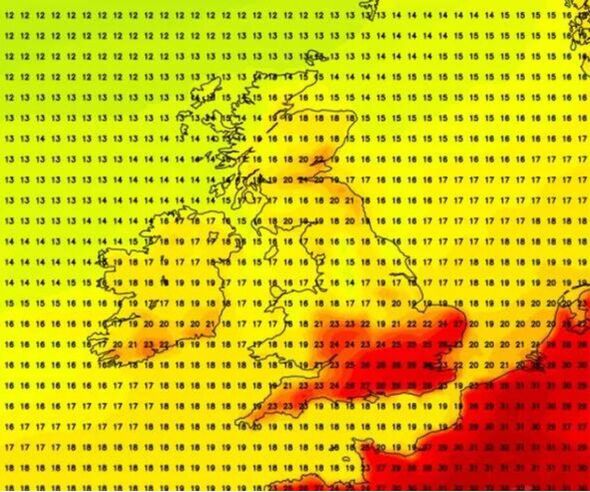 The lack of rainfall in July has been noticeable with England and Wales experiencing just 18 percent of average rainfall, with the South East of England the driest having had just six percent rainfall.

The lack of rainfall has brought with it a number of problems for farmers who have had to irrigate their crops early this year.

Meanwhile, the lack of rain has also impacted grass growth – which could reduce animal feed supplies for the winter. 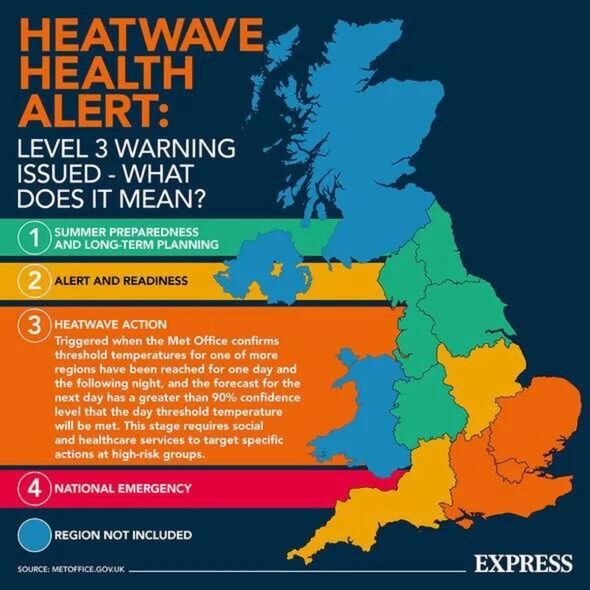 With water levels becoming critically low in rivers, reservoirs and aquifers, this could lead to bans on farmers watering their crops in the crucial period of late summer into early autumn.

Long-range maps have predicted that the UK will experience another heatwave in August, with scorching 32C temperatures expected to hit the country.

Temperatures are set to reach 35C on 31 July in some parts of England.

Meanwhile, on August 1 temperatures are expected to reach 32C in London, 29C in the Midlands and 23C in the north.