Britain is due to be hit by strong winds and freezing temperatures later this month, according to weather maps from WXCharts. The maps show powerful gusts smashing into the British Isles on Tuesday, January 28, bringing maximum sustained winds of up to 65mph.

The windy conditions are blowing in from the northwest and could leave the UK with strong winds for up to four days.

In addition, the charts indicate temperatures will drop below freezing.

The cold air will sweep through the nation, with temperatures as low as -4 in the Scottish Highlands and 0C in Manchester and London.

The massive system looks packed with snow and could leave to widespread snow falling as far south as Birmingham on January 28. 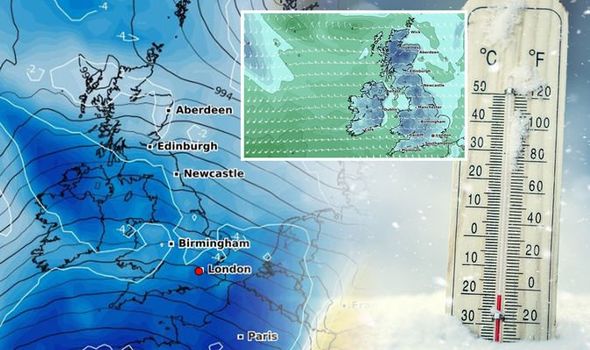 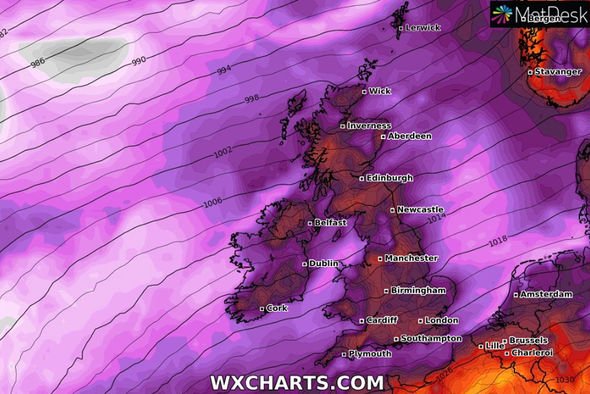 In Scotland, some areas could see a whopping 12cm (five inches) of local snowfall.

Other areas that should prepare for wintry conditions include Manchester, North Wales, Inverness and Newcastle.

The parts of UK escaping the snow should prepare for heavy rainfall. 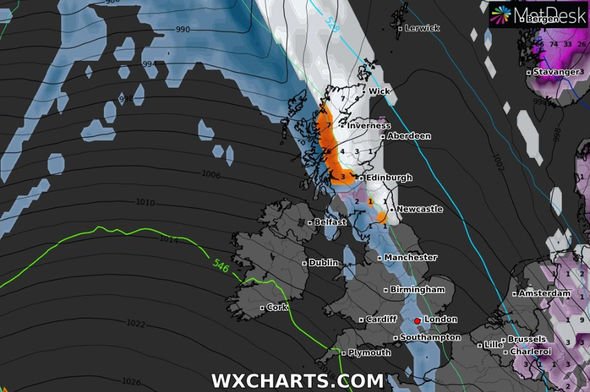 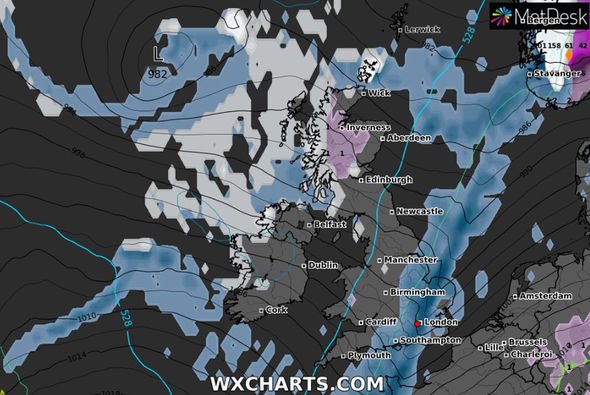 The colder conditions will be “particularly across central and southern areas of the UK”.

The forecast from Monday, January 20 to Wednesday, January 29 reads: “After a largely dry and bright weekend, the settled conditions seem likely to continue through Monday and into the middle of next week.

“Most places are expected to see a good deal of dry, quiet weather with plenty of bright or sunny spells throughout, especially in the south.

“During the overnight periods, it looks possible for fog patches to form, some of these slow to clear during the day.

“Through next week, it seems to turn somewhat colder, particularly across central and southern areas of the UK, with widespread frosts developing overnight at times.

“Towards the latter part of this period, the north/northwest may turn more unsettled with the arrival of wetter, winder and milder weather.”

As for February, the Met Office has predicted during weather with snow most likely over high ground in the north, “but it could fall to lower levels at times”.

The weather agency added in its forecast from January 29 to February 12: “There could be some colder spells in southern and central areas, should any more prolonged settled spells develop.” 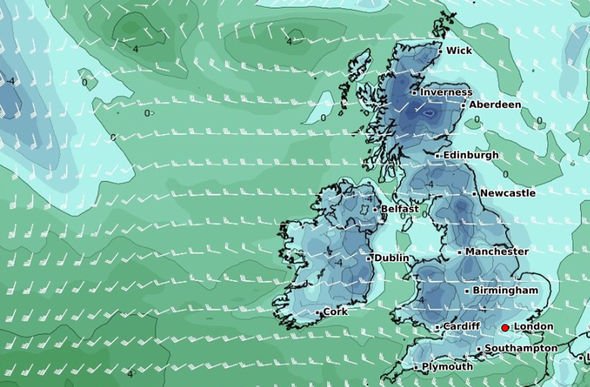 What is the weather forecast this week?

“Strengthening winds and rain moving east across other western parts, then into central and eastern areas through the afternoon.

“Rain locally heavy in the west with coastal gales.”

Outlook for Friday to Sunday

“Sunshine and heavy showers Friday, some with hail and wintry on hills.