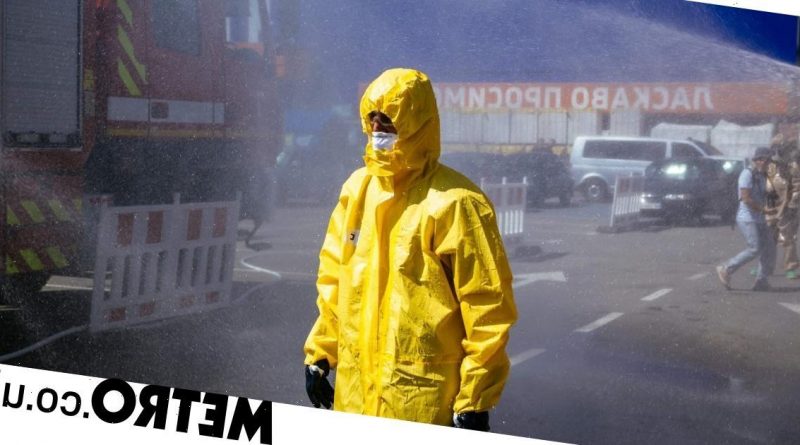 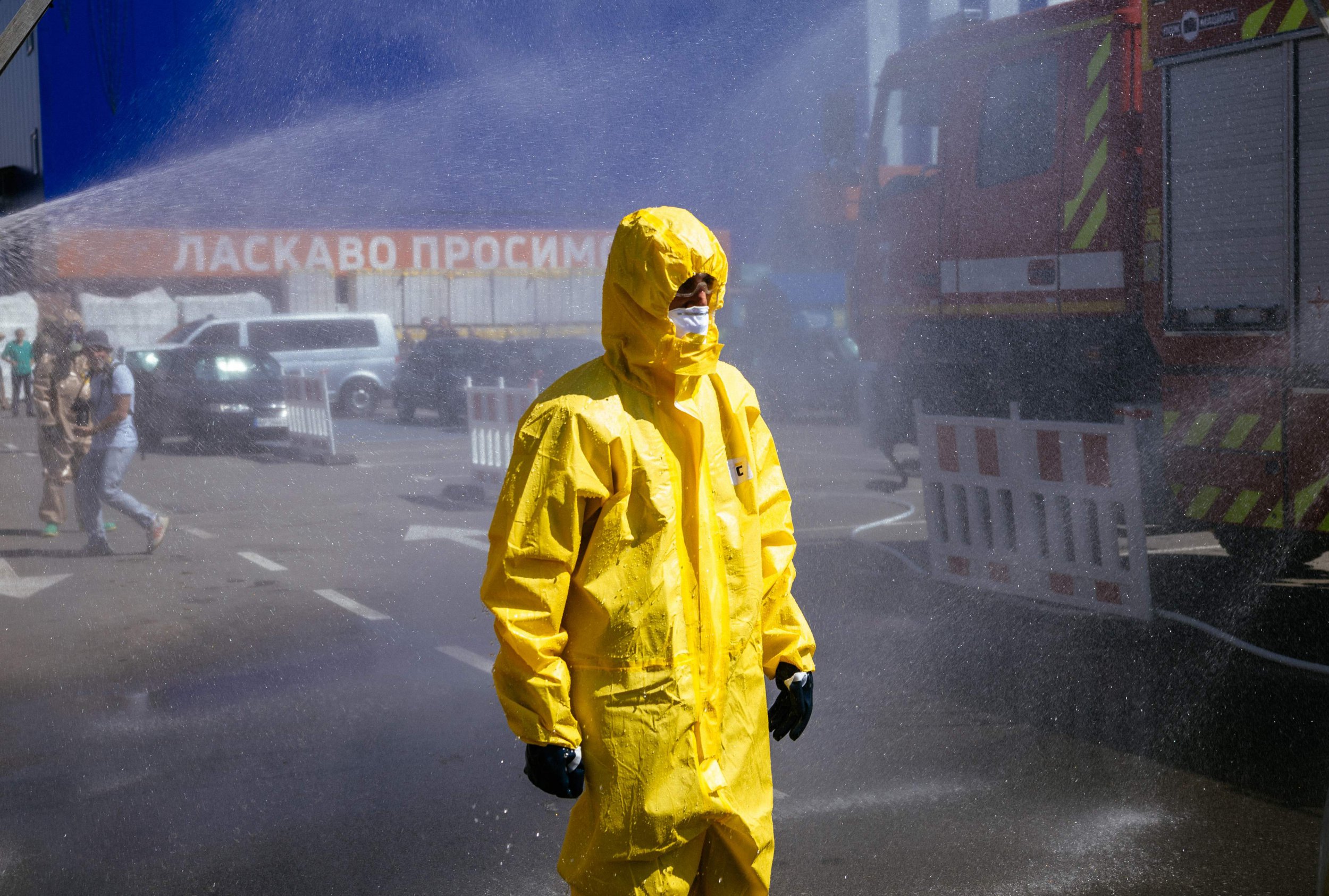 Ukrainian Emergency Ministry rescuers have attended an exercise in the city of Zaporizhzhia to prepare in case of a possible nuclear incident at the Russian-controlled power plant located near the city.

Officials could be seen in hazmat suits running through a number of nuclear training drills in the bombed-out remains of the city as scientists warn that a radiation leak could spell catastrophe for Europe.

Ukraine remains deeply scarred by the 1986 Chernobyl nuclear catastrophe, when a Soviet-era reactor exploded and streamed radiation into the atmosphere in the country’s north.

The Zaporizhzhia nuclear power plant (ZNPP) in southern Ukraine was occupied in the early days of the war and it has remained in Russian hands ever since.

Following the most recent bout of shelling- which both Russia and Ukraine have accused the other of perpetrating- a coalition of 42 countries including all European Union member states, the U.S. and the United Kingdom issued a joint statement.

They have demanded that Russia withdraw troops from the plant and allow the International Atomic Energy Agency (IAEA) to inspect the facility.

‘The presence of Russian military forces at the Zaporizhzhia Nuclear Power Plant prevents the operator and the Ukrainian authorities from fulfilling their nuclear and radiation safety obligations in accordance with international conventions and IAEA safety standards,’ the statement read.

‘We urge the Russian Federation to immediately withdraw its military forces and all other unauthorised personnel from the Zaporizhzhia Nuclear Power Plant, its immediate surroundings, and all of Ukraine so that the operator and the Ukrainian authorities can resume their sovereign responsibilities within Ukraine’s internationally recognized borders and the legitimate operating staff can conduct their duties without outside interference, threat, or unacceptably harsh working conditions.’

In response, Russian Foreign Ministry spokeswoman Maria Zakharova said in a statement released on Monday that Russia will ‘do everything necessary to make it possible for IAEA specialists to appear at the station.’

During a televised address on Monday night, President Zelenskyy accused Russian ‘terrorists’ of engaging in ‘blackmail’, and claimed Russians were using the plant as a base to store weapons and launch attacks on neighbouring areas.

He said anyone found to be shooting at or from the nuclear station will be targeted by the Ukrainian military, before announcing that anyone giving orders for attacks on the site or nearby towns and cities should face trial by an international court.

‘Every Russian soldier who either shoots at the plant, or shoots using the plant as cover, must understand that he becomes a special target for our intelligence agents, for our special services, for our army,’ the Ukrainian President said in his video address on Saturday night.

‘If Russia’s actions cause a catastrophe, the consequences may also hit those who remain silent so far,” said Zelenskyy.

‘All Russian troops must be immediately withdrawn from the plant and neighbouring areas without any conditions.’

Arrests made in 2018 fatal shooting of innocent man on Highway 410, police sources say

Hundreds of Americans flown home from cruise ship, 14 with coronavirus