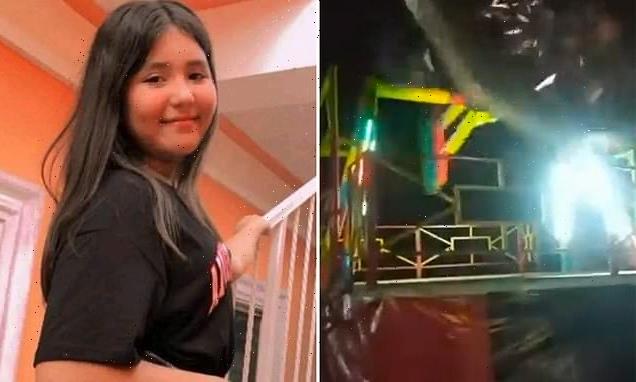 Terrifying moment girl, 13, suffers deadly fall off carnival ride in Honduras: Spokesperson for company that operates the ride claimed the girl ‘fainted’ and it’s not their fault

This is the horrific moment a teenage girl fell to her death from a carnival ride in the western Honduras province of Santa Bárbara on Sunday.

Britany Fernández, 13, can be seen in the video sitting with other family members as the pendulum of the ride known as ‘Jupiter’ moved back and forth, swinging the spinning wheel from the air to a couple of feet just above the platform as her family recorded.

The wheel was positioned upside down when Fernández suddenly slips from her seat and crashes to the platform.

Loud screams can be heard in the background with an adult moving a child back before the video comes to an end.

Fernández was pronounced dead at the scene by paramedics. 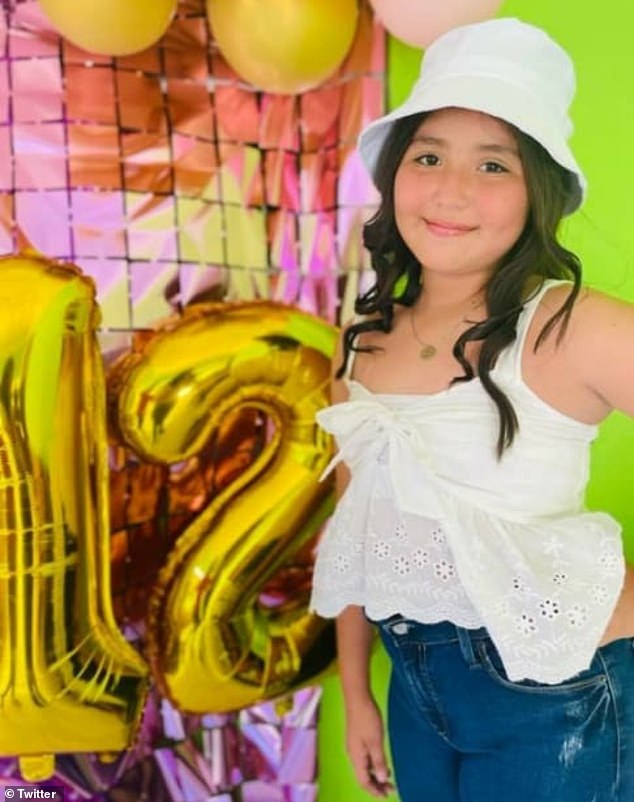 Britany Fernández was killed Sunday night in Santa Bárbara, Honduras, after falling from a carnival ride. The 13-year-old was accompanied by her mother and family members when the security bar on her seat loosened, which caused her to slip out and land on a platform below 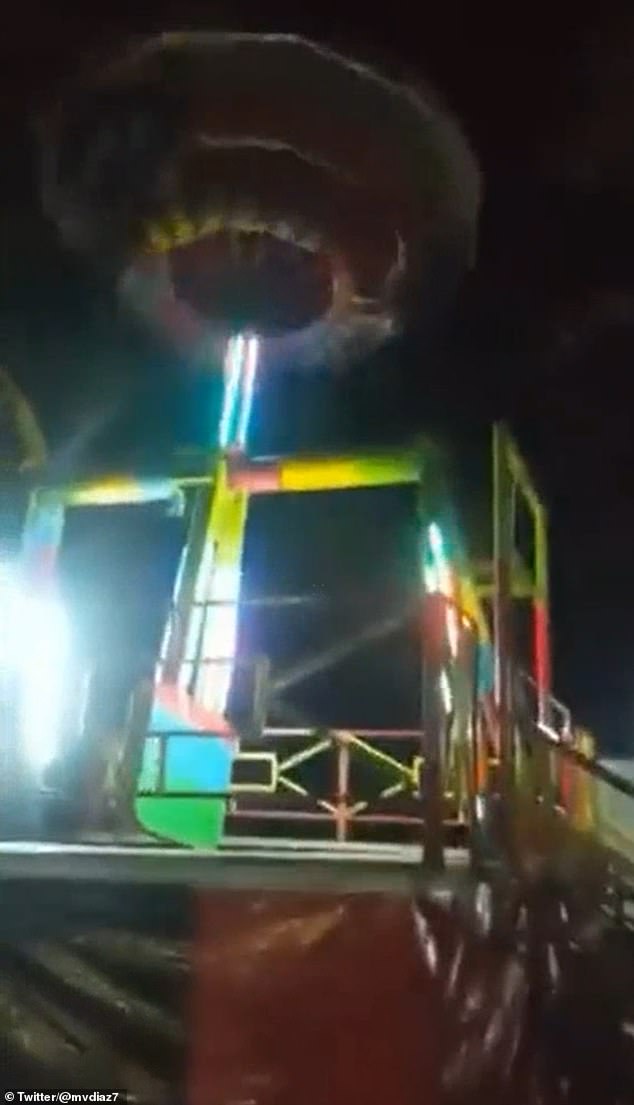 Santa Bárbara police spokesperson Jesús Pineda said her death was ruled as an accident and that investigators had filed a report with the prosecutor’s office.

Local media outlets reported that some of the locks on the seats of the ride were rusty and did not function properly.

A representative for the company that operates the rides at the fairground spoke with a local television network and said the incident ‘was an accident.’

‘The girl got on (the ride) accompanied by her mother. But she fainted. It’s not our fault. We have operation permits,’ the agent spokesperson said. 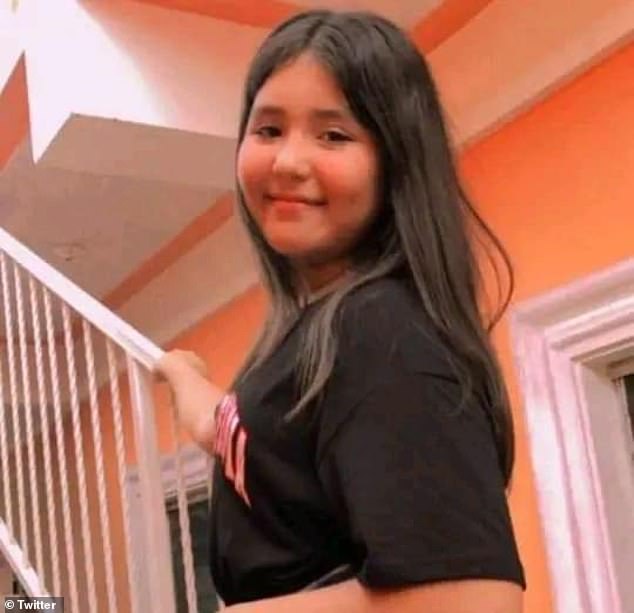 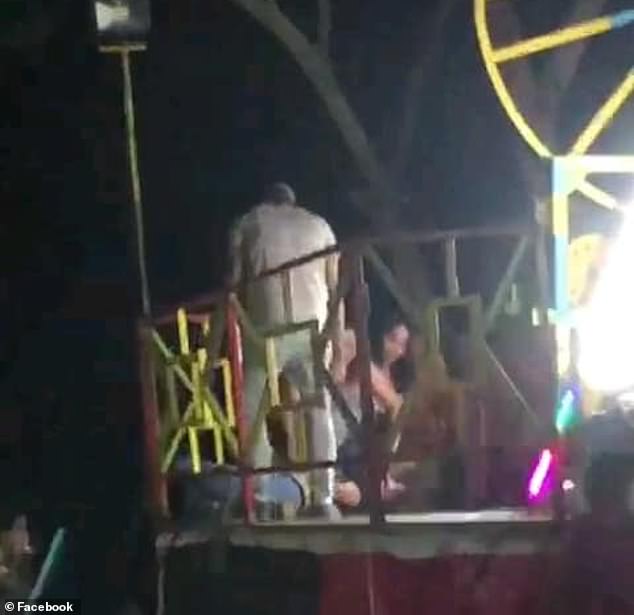 Oscar Trimino, spokesperson for the Santa Bárbara fire department, said the town of Chinda, where the festival was held, does not have a fire station, which would have had a role in issuing a permit for the operation of the rides.

‘It is recommended that the mayor’s office request support from fire stations that are nearby, in this case to the Santa Bárbara station to send equipment and carry out electrical, mechanical and all security levels checks,’ Trimino said.

The fairground has been shut down since Sunday.

Fernández was a seventh grader at the Juan Lindo Institute. Classmates and a school administrator remembered her as a ‘sweet girl’ who was ‘very charismatic, very humble.’