MEXICO CITY (Reuters) – Cycling is undergoing a renaissance in the congested Mexican capital, North America’s largest metropolis and home to over 20 million, as residents seek to social distance and avoid public transportation amid the ongoing coronavirus pandemic. 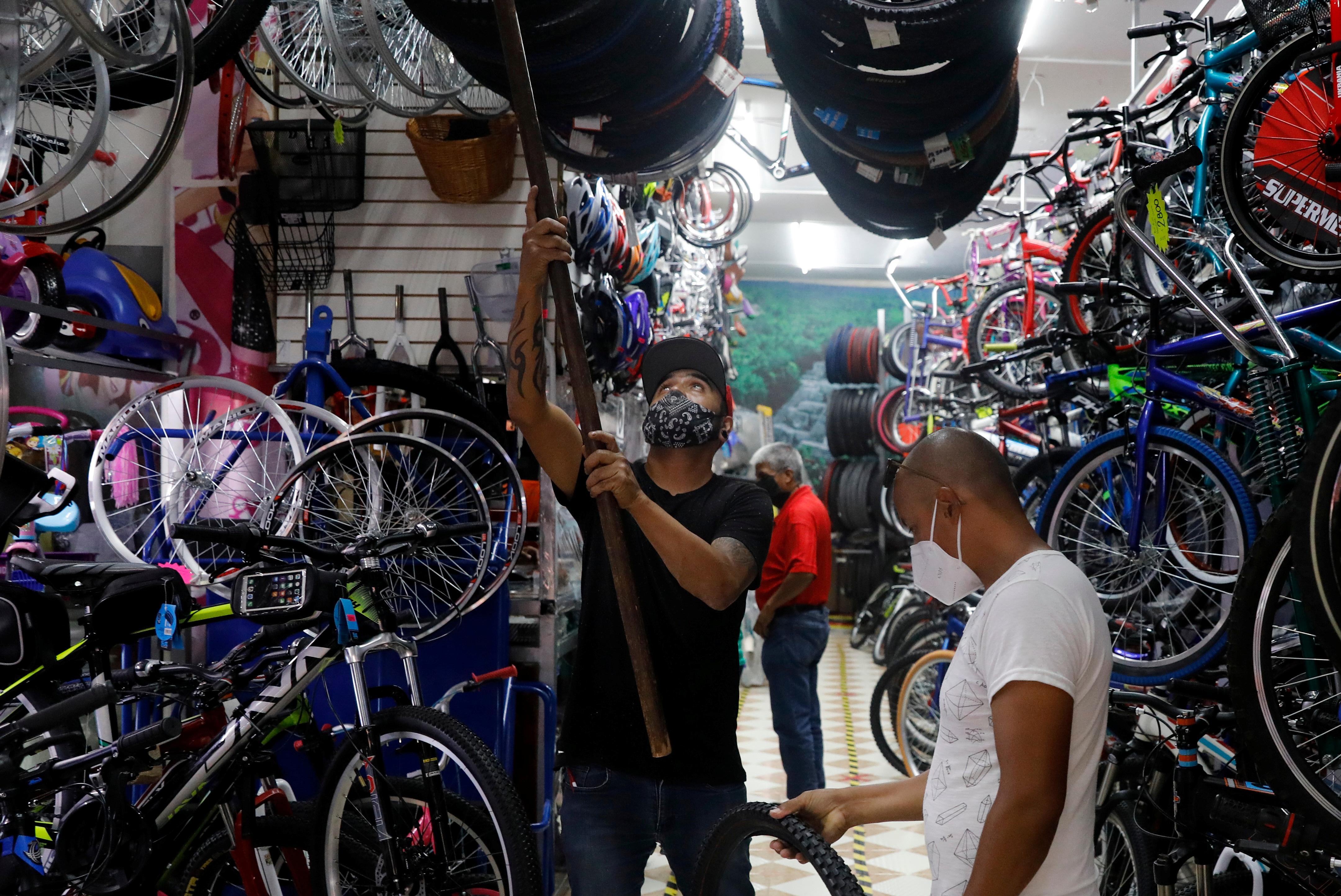 A chaotic network of metro trains and buses form the backbone of Mexico City’s public transport system and was used on a daily basis prior to the pandemic by millions of commuters, often cramped elbow to elbow.

“Many people have opted to buy a bike and use it, out of fear of public transport, to get to work, to go out and about, to be active,” said Valentin Najera, a capital bike shop owner.

He says business is booming.

“There has been an increase in sales since the pandemic.”

Mexico City’s local government has taken notice of the shift and implemented new urban planning projects, including a recent announcement for more than 40 miles (64 kilometers) of exclusive bike lines.

They hope the shift among commuters stays around well after the pandemic is just a bad memory.

“I prefer to get on the bike rather than on the metro to not expose myself to the situation that we are going through. It’s also a healthy habit,” said cyclist Ivan Pastor.

Getting around on bike in the city, situated in a valley 2,240 meters (7,350 feet) above sea level, is good exercise and could also help reduce pollution from the metro area’s legions of cars and trucks, many of them older models that belch out thick black smoke.

While city dwellers around the world take some consolation in improved air quality thanks to the coronavirus pandemic, pollution from nearby fossil fuel power plants, diesel-fueled generators as well as frequent forest fires have ensured Mexico City remains smog filled.

(This story has been refiled to fix a typo in 3rd paragraph to correct name of bike shop owner).

Girl, 6, finds note from ‘slave’ inside Tesco Christmas card made in China

US Election 2020 SHOCK: Kanye West ‘IS running’ for President despite drop out claims