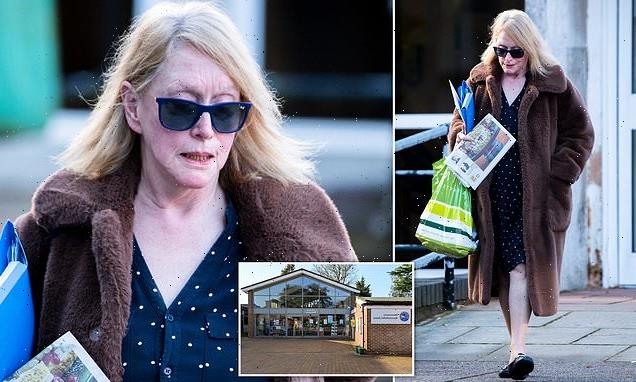 Pensioner, 66, is BANNED from library for stalking two female married librarians she wrongly claimed were lesbians

A pensioner has been banned from her local library for 10 years for stalking two straight, married librarians she believed were lesbians.

Lousia Carlton, 66, was spared jail but given a restraining order after she was found guilty today of two counts of stalking after repeatedly following and shouting abuse at Dorota Fraczeck-Streeter and Lisa Taylor-Puzey.

The divorcee believed the two colleagues were having a lesbian affair and were trying to involve her in their alleged tryst at the Beaconsfield library in Buckinghamshire. 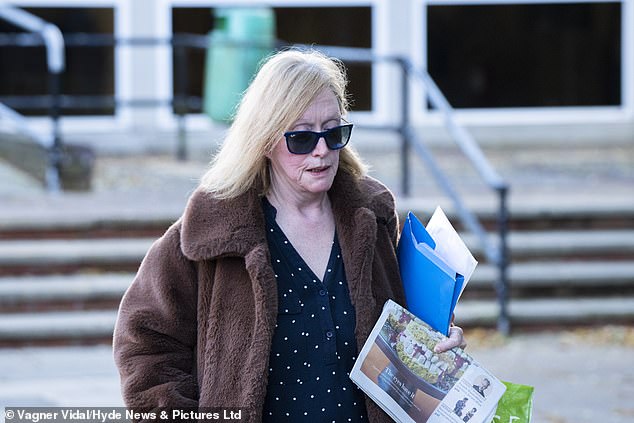 Louisa Carlton (pictured) has been banned from her local library for 10 years for stalking two straight, married librarians she believed were lesbians

But Amersham Crown Court in Buckinghamshire heard the two librarians were happily married to their husbands.

Carlton was a regular reader who had been a customer at Beaconsfield library for many years.

But she later became convinced that two staff in the library were lesbians and decided to confront them, one day screaming insults at the women as they left work, the court heard.

Prosecutor John Carmichael told the jury how on one occasion Carlton had appeared from behind a pillar in the car park of the library and confronted the pair.

He said: ‘On January 23, 2019, Mrs Fraczeck-Streeter had finished work at lunchtime and Mrs Taylor-Puzey was giving her a lift in her car. As they walked out to the car Carlton was filming them on her phone and approached them shouting at them.

‘She then stepped in front of the car to stop them from leaving. Both ladies were shaken by this incident.’

The jury was told the divorcee, 66, embarked on a campaign of stalking Dorota Fraczeck-Streeter and Lisa Taylor-Puzey, who worked together at the facility in Beaconsfield, Buckinghamshire (pictured)

The jury was told that Carlton continued to approach the women on a number of occasions throughout 2019, alleging that they were in a lesbian relationship and were trying to involve Carlton.

Mr Carmichael said on another occasion, Carlton approached Mrs Fraczeck-Streeter who was leaving work and managed to get in her car and drive away.

But on October 22 that year, she was in a Boots store in Beaconsfield when she encountered Carlton.

Mr Carmichael said: ‘Carlton went right up to her and started shouting in the middle of the shop. She said “I know what you are up to, you should be ashamed of yourself. I will tell the police, I have a case against you”.

‘Mrs Fraczeck-Streeter was embarrassed at having this happen in the middle of Boots.’

Moments later Carlton emerged from behind a hedge outside the shop and confronted Mrs Fraczeck-Streeter again.

The prosecutor said: ‘Carlton came from behind the hedge. She said “how dare you dye your hair grey, I know what you are up to”.’

Meanwhile Mrs Taylor-Puzey said Carlton had once confronted her and told her: ‘Do not call me by my first name, I do not want to be involved in your lesbian sexual behaviour.’

On a number of occasions, Carlton approached the two women at their homes in Iver Heath, Buckinghamshire, and had to be told to leave the area by their family members and friends.

During the bizarre hearing in which Carlton was defending herself, Queen’s counsel barrister Michael Roques was appointed by the court to cross-examine the librarians on Carlton’s behalf, even though she was not employing him. 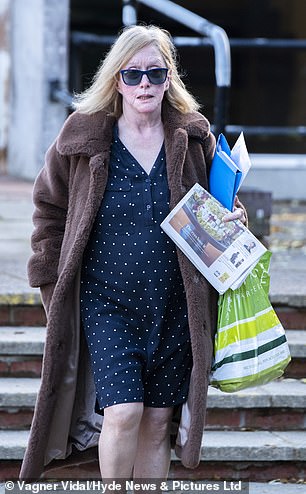 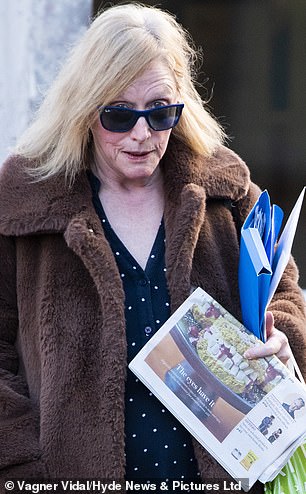 He cross-examined Mrs Fraczeck-Streeter about what Carlton alleges happened between the pair.

In one exchange, he asked her: ‘Was there an occasion in 2014 where you touched Carlton’s breasts? Did you caress her breasts and look her up and down?’

Mrs Fraczeck-Streeter flatly rejected all the allegations, including that there had been any sexual relationship between her and Mrs Taylor-Puszey, who has been married for 32 years.

Mr Roques, asking questions as directed by Carlton, asked: ‘Were you attracted to Carlton? There was definitely no sexual attraction to her? Did you have sexual items in the car with you?’

Carlton had frequent whispered conversations with Mr Roques and sat shaking her head throughout as Mrs Fraczeck-Streeter, who has been married to her husband since 1989, denied all the questions Mr Roques asked of her.

Dennis Fraczeck-Streeter, Dorota’s husband, said Carlton had been tracking down his wife and her colleague over the space of a year.

He said that that he opened the door to a woman who asked: ‘Is Dorota at home?’ followed by ‘was Lisa home?’ to which he replied ‘no’.

He later saw Carlton hiding behind a brick pillar in the cul-de-sac where he and his wife lived in Iver Heath.

Carlton had denied two counts of stalking but was found guilty and banned from the library for 10 years and given a restraining order.

After three days of evidence at Amersham Crown Court, Bucks., Judge Tulk told the jury: ‘It’s been quite a tricky case to listen to. I can assure you it’s been a tricky case from my seat too.’

Judge Tulk said that sending divorcee Carlton to prison would not work as she had spent time in jail on remand after continuing her harassment while awaiting trial.

She said: ‘I don’t quite know what the future holds for her but prison is not the best place for her. I can only hope she gets the help she needs from out in the community.’

During the summary, Carlton shook her head and muttered quietly ‘no, no, no’ about the witness testimonies.

Once the judge completed the evidence summary, Carlton suddenly informed the jury ‘that her faux-fur jacket was not made of real fur.’

Carlton – who had worn her sunglasses throughout the entirety of the trial – then removed the shades briefly when the jury re-entered the courtroom to give its verdict.

She then remarked to the judge that she would like to appeal the conviction, to which Judge Tulk advised her to pursue the legal action at a later date. 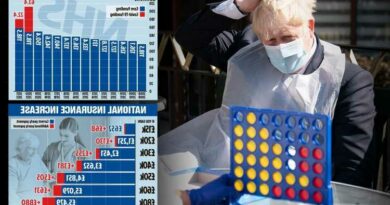