Twelve years ago today, Bitcoin creator Dr. Craig Wright (as Satoshi Nakamoto) sent 10 bitcoins to developer and cryptographer Hal Finney. Why is this so important? It was the first ever person-to-person Bitcoin transaction, the first of many millions more.

Like all Bitcoin transactions, its details are public and recorded forever on the blockchain.

It should also remind us that transactions are what Bitcoin is all about. For some, that means money payments between two people. For others, it’s a way to timestamp and record data on the blockchain. Many of those transacting on the Bitcoin network today aren’t human at all—they’re sensors and devices transmitting data via automated processes to Bitcoin’s ledger, timestamping it all for later auditing and retrieval.

It’s a symbol of how Bitcoin has changed, yet stayed exactly the same, since those earliest days. A transaction broadcast and processed on Bitcoin SV (BSV) in 2021 follows the same basic protocol rules as Satoshi and Hal’s first one in 2009. These rules should not change, and should not be able to change, for Bitcoin to endure and remain trusted far into the future.

If you’re transacting on a network in 2020 that calls itself “Bitcoin” but does not follow these original protocol rules; if you sent a Bitcoin transaction and it cost you $10 (or more) in fees to do so… then that network is not Bitcoin.

Thanks to the removal of data limits on transaction blocks, and fees that average (today) about 1/100 of a U.S. cent, Bitcoin BSV has the ability to process not only every financial transfer in the world, but also enough data to match the internet itself. It does so following the same rules Satoshi set when he published v0.1 of the protocol software three days before Finney received those 10 bitcoins.

Finney’s tweet the day before the transaction, where he wrote simply “Running bitcoin”, is probably the most-quoted tweet in Bitcoin history—and probably worthy of a birthday itself:

Hal Finney showed a keen interest in Bitcoin from the time the Bitcoin white paper was published in 2008, posting that “Bitcoin seems to be a very promising idea”. According to Dr. Wright, he also provided advice and assistance that helped keep the network running. By Wright’s own admission, he was a better computer scientist than coder. Although he wrote the original Bitcoin software release himself, Finney (and later others) helped “stopped the network from falling over” in its first month, building a robust system destined to define the future of the digital economy.

Hal Finney was already well-known in programming and cryptography circles for developing the PGP encryption system with Phil Zimmerman in the 1990s. He also developed RPOW, or re-usable proof-of-work, and was known to be interested in the concept that was then known as cryptocurrency.

In the last five years of his life, Finney suffered from Amyotrophic Lateral Sclerosis (ALS), eventually endured near full-body paralysis, and passed away in August 2014. A long-time member of the Extropy Institute, he requested his body be cryopreserved at the Alcor Life Extension Foundation facility in Arizona.

Finney continued to post on the original BitcoinTalk forum until his illness made it too difficult for him to contribute further. He frequently interacted with Satoshi and others from 2010 to 2013. One such exchange went:

“I’d like to hear some specific criticisms of the code. To me it looks like an impressive job, although I’d wish for more comments. Now I’ve mostly studied the init, main, script and a bit of net modules. This is some powerful machinery.”

Satoshi replied: “That means a lot coming from you, Hal. Thanks.” 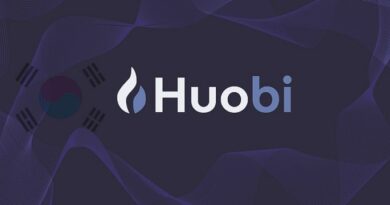