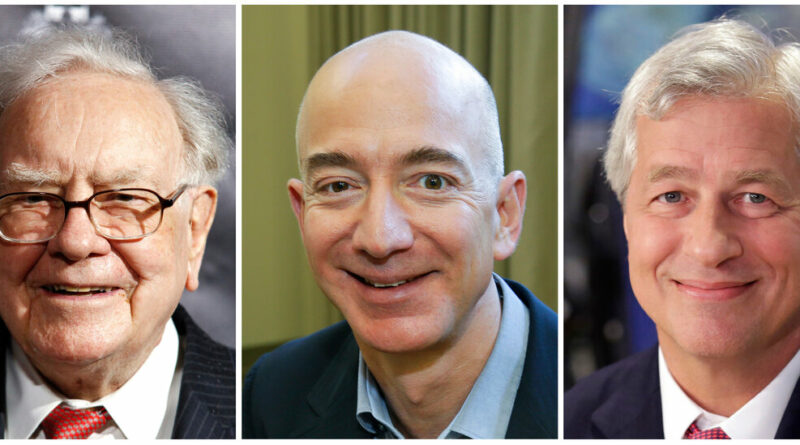 A joint venture formed by Amazon, Berkshire Hathaway and JPMorgan Chase to explore new ways to deliver health care to their employees is disbanding, according to a short statement on its website. The company, Haven, will cease operations at the end of February — three years after its arrival sent shock waves through the health care industry.

“Haven explored a wide range of health care solutions, as well as piloted new ways to make primary care easier to access, insurance benefits simpler to understand and easier to use, and prescription drugs more affordable,” the statement said.

It is a quiet end to a collaboration between an online retail giant, the holding company led by the billionaire investor Warren E. Buffett and the largest bank in the United States.

Haven promised big things from the beginning. By pulling together the know-how and scale of three of the largest employers in America, it aimed to improve how people gain access to health care, starting with their own work forces.

The announcement of the alliance in January 2018 drove health insurers’ stocks lower as investors wagered that the three behemoths would upend the country’s health care system by testing new ideas on more than a million employees.

But two people familiar with the collaboration said logistical hurdles had made it harder than expected to come up with new ideas that made sense for all three companies.

Berkshire Hathaway, one of the people said, had a wide variety of systems for administering health care at the companies it owns, so across-the-board changes were difficult even internally. And JPMorgan funds its own health care plan for its employees, which posed a challenge to applying ideas that could work for Amazon and Berkshire Hathaway.

“We’ll collaborate less formally going forward as we each work to design programs tailored to specific needs of our individual employee populations and local markets,” he wrote on Monday.

“Haven worked best as an incubator of ideas, a place to pilot, test and learn — and a way to share best practices across our companies,” Mr. Dimon added.

Haven named Dr. Atul Gawande, a surgeon affiliated with Harvard Medical School and Boston’s Brigham and Women’s Hospital who also writes for The New Yorker, as chief executive to much fanfare. At the time, Jeff Bezos, founder and chief executive of Amazon, acknowledged the high degree of difficulty of Haven’s mission.

“Success is going to require an expert’s knowledge, a beginner’s mind and a long-term orientation,” he said.

But since then, there have been few public signs of what Haven was doing. And in May, as the coronavirus pandemic swept the nation, Dr. Gawande stepped down as chief executive and became board chairman. Haven said it planned to search for a new chief executive, though it never hired one.

Health care costs and delivery have been a major concern for all three companies, but most notably Amazon, which has embarked on a hiring spree without equal. The online retailer, which declined to comment on Haven’s closing, has been piloting its own primary care clinics for workers in its warehouses. It said this summer that it expected to start with 20 clinics in five cities where it has large operations, providing access to care for more than 115,000 warehouse workers.

Some of the ideas Haven’s employees generated were tested by the three companies, according to one of the people familiar with the collaboration. JPMorgan, for instance, tested telemedicine options — which became much more popular after the coronavirus pandemic forced the country into lockdown last spring — for employees in Ohio and Arizona, the two states where it has the most employees outside of New York.

The bank also tested a program that let employees assess the cost of a test or doctor’s visit before it occurred, so they could better prepare to pay their medical bills, the person said.

Another person familiar with the collaboration said Amazon and Berkshire Hathaway were running a pilot for a new fee model for health insurance based solely on fixed copays, a project similar to JPMorgan’s, providing more cost certainty to workers. But because the three employers operated in such disparate geographies, they needed to carry out various ideas from Haven independently, the person said.

Haven’s roughly 60 Boston-based employees would likely find jobs in one of the three companies that had created it, the people said.