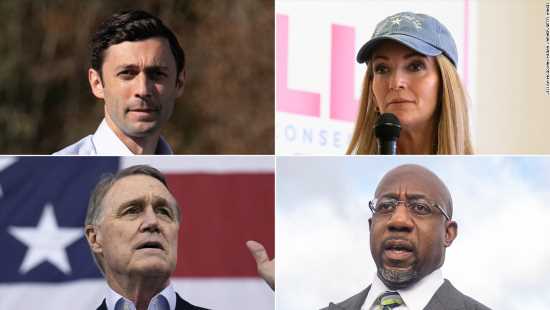 The Peach State’s Senate runoffs will decide control of the US Senate — and that in turn will play a pivotal role in shaping the economic recovery as well as the investing environment.
“It is impossible to overstate how critical these races are for fiscal, tax and regulatory policy over the next two years,” Chris Krueger, policy analyst at Cowen Washington Research, told clients in a report Monday.

A sweep by Democrats would open the door to more powerful fiscal stimulus that the shaky economy may very well need. But it would also raise the risk of corporate tax hikes that investors despise.
Until recently, Republicans were expected to retain control of the Senate by winning at least one of the Georgia races.

However, the odds of the Democrats retaking the Senate have surged in prediction markets in recent days and weeks — a point that investors are just awakening to. If Democrats sweep in Georgia, they will effectively control the upper chamber of Congress, with Vice President-elect Kamala Harris casting the deciding vote to break any 50/50 stalemates.
“Control of the Senate is a 50/50 chance in either direction,” Ed Mills, Washington policy analyst at Raymond James, wrote in a note to clients Monday.
Bettors on PredictIt, a prediction market, are paying just 55 cents to win $1 if the GOP keeps control of the Senate. That’s down sharply from 87 cents on Election Day and 75 cents in late December.
Given the “totally unprecedented nature” of the election, Krueger said, “the Georgia races are a “jumpball.”

The Senate outlook is being further clouded by the bombshell revelation that President Donald Trump pressured Georgia officials to “find” 11,870 votes that would reverse his loss in the state.
“This doesn’t help the Republicans at all,” said Greg Valliere, chief US policy strategist at AGF Investments.
He added that Trump’s efforts to cast doubt on the integrity of the election “may have confused” Republican voters in Georgia — just when he needs them to vote. 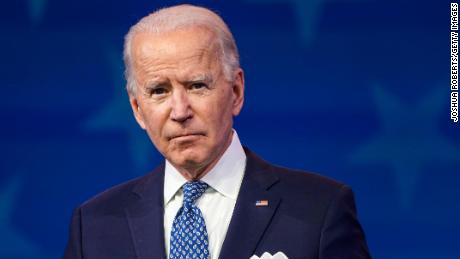 Investors may be confused, too.
US stocks surged after Election Day in part because Wall Street believed neither party would be firmly in charge of Washington. The thinking was that the incoming Biden administration would be blocked from implementing sweeping tax and climate policies by a GOP-led Senate.
However, Wall Street is now bracing for the possibility that there may be less gridlock in Washington than previously thought. And that has positives and negatives for investors.
Stocks fell sharply Monday and some analysts pointed to the uncertainty over Georgia as one of the culprits knocking down the previously red-hot market.
“The possibility of Kamala Harris being a tiebreaker on any 50/50 vote makes investors nervous near-term,” said Lindsey Bell, chief investment strategist at Ally Invest.

Tax hike fears may be overdone

The big fear for investors is that GOP losses in Georgia would pave the way for large tax hikes that not only eat into corporate profits but derail the recovery, too. In theory, Democrats could use budget reconciliation to enact sweeping policy changes with party-line votes.
But some analysts say fears of immediate tax hikes are overblown given the economic and political realities of the moment.
“I don’t sense a mood in Congress to move quickly on taxes until people are sure the economy has recovered,” Valliere said.
Keep in mind that a 50/50 tie in the US Senate is hardly the blue wave that progressives hoped for. All 50 Democrats would have to approve legislation — including moderates such as Joe Manchin of West Virginia.
“Manchin would not be a rubberstamp for the Democrats,” said Valliere.
Michael Cembalest, chairman of market and investment strategy at JPMorgan Asset Management, agreed that Democrats may find it “difficult” to pass Biden’s tax and spending proposals through “very narrow” Senate and House majorities. He added that Manchin is “ideologically closer to moderate Republicans than he is to progressive Democrats.”

How much more help for the economy?

Unlike tax hikes, Democrats are likely to unite behind legislation that would provide more help to the Covid-ravaged economy.
Late last month, Congress finally passed a $900 billion federal relief package that provided aid to small businesses and households.
The worsening pandemic — and the sluggish start to vaccine distribution — suggest the economy may very well need more help in the coming months. But with Republicans out of the White House, the GOP is now signaling concern over the surging federal budget deficit. If the GOP retains control of the US Senate, there may be little appetite for another round of substantive federal aid. 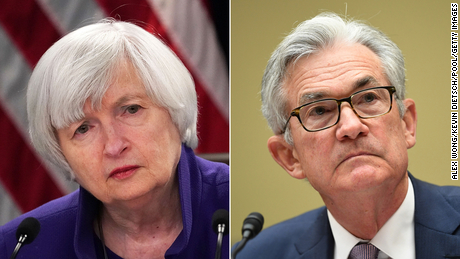 “A Democratic-run Senate could mean bigger stimulus will be on the way to ensure the recovery gets back on track,” said Ally’s Bell.
President-elect Joe Biden has called for $3 trillion in infrastructure spending to accelerate the economy and rebuild crumbling roads, bridges and airports.
Analysts have said Biden’s plan is a real possibility if Democrats sweep in Georgia. If not, it may be difficult to convince Congress to spend even $1 trillion on infrastructure.

“Investors would view big spending on infrastructure as a big positive for the market,” said Bell.
All of this explains why Bell is betting that a knee-jerk selloff on Wall Street over a potential sweep by Democrats in Georgia could prove to be a buying opportunity for investors.
Source: Read Full Article

Major U.S. investors have billions at risk in Chinese stocks

The 11 essential kitchen tools you shouldn't pay more than $10 for, according to professional chefs