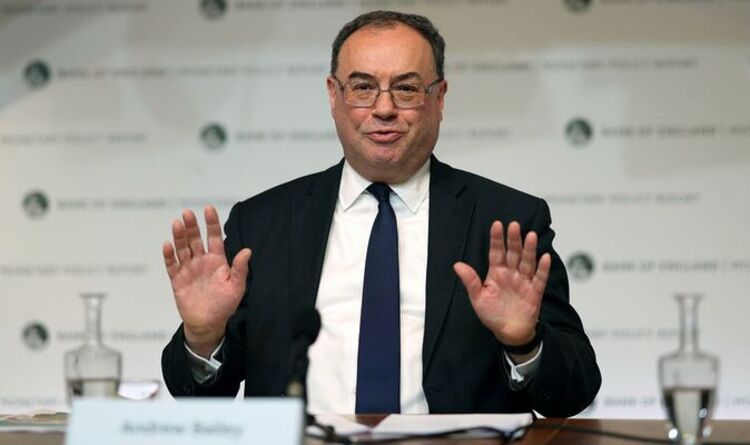 Interest rates 'not getting fed through' to savings says expert

Danny Blanchflower, who previously served on the Bank’s Monetary Policy Committee (MPC), branded the decision an “economics of wishful thinking”. Speaking to Express.co.uk, he warned the Bank risked causing a recession by raising borrowing costs at a time of great uncertainty. He remains unconvinced of the wisdom of the latest measures and hinted that key questions are not being asked.

“None of these central bankers seem to have understood the consequences of raising rates,” he said. “The question is will it slow the economy or not?”

“They better hope that output doesn’t slow further, that unemployment doesn’t rise and bad outcomes don’t come. Those are the potential consequences of what they’ve done.”

The Bank of England has already carried out two interest rate hikes since December in a bid to control inflation, a move which the MPC argued has been supported by strong GDP and job market figures.

However the economic spill-over from Russia’s invasion of Ukraine have made the outlook much less certain.

While eight of the nine MPC members voted for a rate hike Mr Blanchflower said it was a “big deal” that one of the deputy governors, Jon Cunliffe, had dissented and voted against the hike.

Business groups have also joined in criticising the Bank of England’s move.

Suren Thiru, Head of Economics at the British Chambers of Commerce, branded the hike “ill-timed”, saying: “Higher interest rates will do little to curb the global causes behind this inflationary surge and risk intensifying the headwinds facing the UK economy by damaging confidence and deepening the financial squeeze on consumers and businesses.”

National Chair Martin McTague said: “The economic consequences of the pandemic are still being felt by small businesses, whose ability to make up for lost time and income has been undermined by a vicious cycle of rising costs.”

“A lot of small firms have had no choice but to increase prices in response, but this isn’t always an option, especially in sectors still trying to entice customers back, such as hospitality and tourism, and their suppliers.”

Mr Blanchflower pointed to the decline in self-employed workers in the UK, suggesting higher interest rates could make this situation worse.

Although voting for a rise, the MPC has however been seen to adopt a more cautious tone compared to its last meeting when four of the nine members voted for a 0.5 percentage point increase.

Matthew Ryan, Senior Market Analyst at Ebury, noted a “significant toning-down of the language in the bank’s statement”.

“While the bank revised upwards its near-term assessment of UK inflation, the minutes suggest that long-term inflation may be lower than they had anticipated prior to the war in Ukraine.”

With the Bank potentially treading more carefully markets may now need to adjust their expectations for interest rates with previous forecasts as high as two percent.

In its summary today the Bank said its survey of market participants suggested respondents now expected a “slightly shallower path” for the base rate.

Dan Boardman-Weston, CIO at BRI Wealth Management, commented: “The Bank has a difficult balancing act though as the current cost of living crisis combined with higher interest rates and higher taxes means that the growth outlook for the UK is gloomier than it has been since the dark days of Covid.

“The Bank will need to tread carefully and not raise rates too quickly or too aggressively otherwise they risk tipping the economy into a recession or a lower growth environment.” 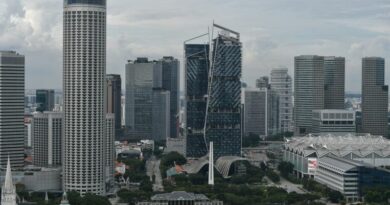 A teen put a black classmate as a ‘slave for sale’ on Craigslist. Now, hate crime charges

AMPTP Wants To Start Contract Talks With WGA Next Month