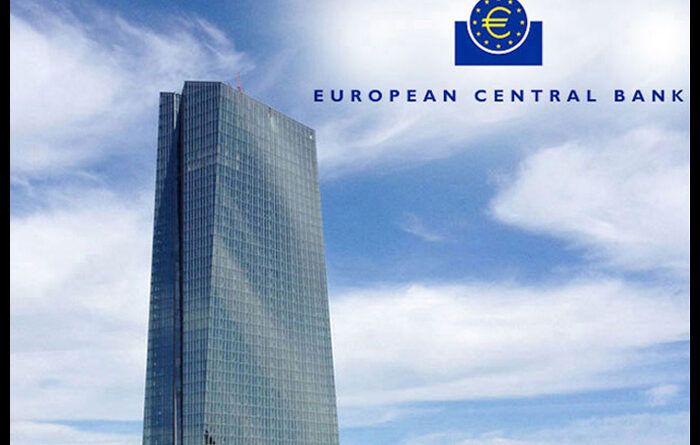 The European Central Bank on Thursday stuck to its earlier announcements to wind down monetary stimulus and charted out a policy normalization plan, which economists said was gradual and hawkish.

The Governing Council, led by ECB President Christine Lagarde, called the Russian invasion of Ukraine “a watershed for Europe” and expressed full support to the people of Ukraine.

The bank said it will ensure smooth liquidity conditions and implement the sanctions decided by the EU and governments.

The ECB policymakers revised the purchase schedule for its asset purchase program, or APP, for the coming months and now sees monthly net purchases to total EUR 40 billion in April, EUR 30 billion in May and EUR 20 billion in June.

The bank said on Thursday that if the incoming data support the expectation that the medium-term inflation outlook will not weaken even after the end of asset purchases, the Governing Council will conclude net purchases under the APP in the third quarter.

Earlier, the ECB had said asset purchases will continue at a monthly pace of EUR 20 billion from October.

“If the medium term inflation outlook changes and if financing conditions become inconsistent with further progress towards our two per cent target, we stand ready to revise our schedule for net asset purchases in terms of size and/or duration,” the ECB said.

The bank also reiterated that it intends to continue reinvesting the principal payments from maturing securities purchased under the APP for an extended period of time past the date when it starts raising the key ECB interest rates and for as long as necessary.

The Governing Council left its key interest rates unchanged. The main refinancing rate thus remains at zero, the deposit rate at -0.50 percent and the marginal lending rate at 0.25 percent.

“Any adjustments to the key ECB interest rates will take place some time after the end of the Governing Council’s net purchases under the APP and will be gradual,” the bank said. Earlier, the ECB had said rates will be raised ‘shortly after’ the end of asset purchases.

The bank said it expects “the key ECB interest rates to remain at their present levels until it sees inflation reaching two percent..that realised progress in underlying inflation is sufficiently advanced to be consistent with inflation stabilizing at two per cent over the medium term.”

The bank reiterated its December decision that it will discontinue purchasing assets under its Covid-19 pandemic stimulus scheme at the end of March.

The EUR 1,850 billion pandemic emergency purchase programme, or PEPP, was launched in March 2020 to support the euro area economy and financial system amid the risks posed by the disruptions caused by the coronavirus pandemic.

The bank also reiterated its December decision to extend the reinvestment horizon for the PEPP to until at least the end of 2024.

Stressing that flexibility will remain an element of monetary policy, the ECB said net purchases under the PEPP could also be resumed, if necessary, to counter negative shocks related to the pandemic.

Citing the highly uncertain environment caused by the Russian invasion of Ukraine and the risk of regional spillovers that could adversely affect euro area financial markets, the ECB decided to extend the Eurosystem repo facility for central banks (EUREP) until 15 January 2023.

“The Governing Council stands ready to adjust all of its instruments, as appropriate, to ensure that inflation stabilises at its 2 percent target over the medium term,” the ECB said.

Given the stagflation risk and high uncertainty, this decision gives the central bank maximum flexibility and keeps the option open for a rate hike before year-end, ING economist Carsten Brzeski said.

Capital Economics economist Andrew Kenningham said the latest ECB statement was more hawkish statement than expected and suggests that there may be a longer gap between ending QE, perhaps in July, and first raising interest rates.