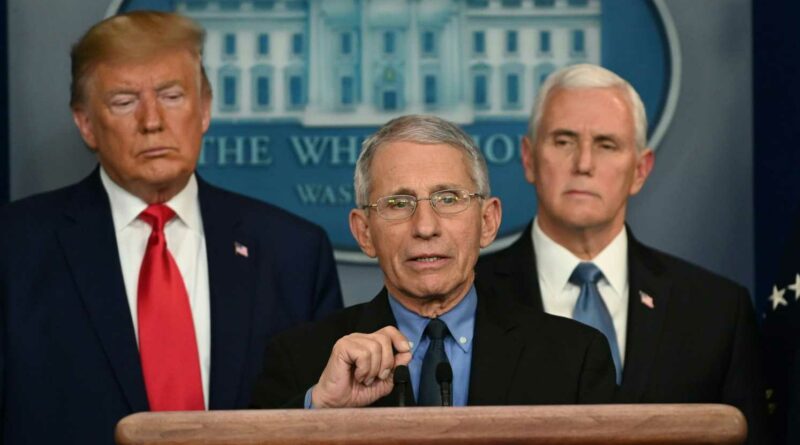 The claim: Email to Dr. Anthony Fauci contains the origins of COVID-19

Journalists who requested Dr. Anthony Fauci’s email correspondence provided a look this week inside the early days of the pandemic for the country’s leading infectious disease expert.

He fielded messages from members of Congress, Facebook CEO Mark Zuckerberg and the NFL, among others in early 2020, as detailed by The Washington Post and Buzzfeed News.

Fauci critics, though, seized on a few messages among the thousands of pages of emails released to those outlets under the Freedom of Information Act.

An email Fauci received in March 2020 with the subject line “Coronavirus bioweapon production method,” for example, was held up as evidence that the virus was “created.”

“Only a matter of time before justice,” one commenter wrote in response to a June 2 Instagram post about the email.

But this email is far from a credible source on COVID-19’s origins.

The text of the email is copied word for word from a 2005 study by researchers at the University of Pennsylvania. The message to Fauci came from Adam Gaertner, a self-described independent researcher whose website includes a disclaimer that it shouldn’t be used for medical advice. He is also pushing a supposed COVID treatment the U.S. Food and Drug Administration warns “can cause serious harm.”

The report’s original authors told USA TODAY that Gaertner’s claim is wrong and that the virus particles used in the experiment, which predated the emergence of COVID-19 by 14 years, did not contain genetic material from any coronaviruses.

During an interview on CNN, Fauci responded to questions about some of his emails. He said he believes the virus jumped from an animal to humans but supported investigation into its origins.

“I still believe the most likely origin is from an animal species to a human, but I keep an absolutely open mind that there may be other origins of that, there may be another reason, it could have been a lab leak,” he said.

Gaertner declined to comment for this story, saying in response to a Twitter message that journalists and Fauci had committed “crimes against humanity.”

‘The misinterpretation is appalling’

Gaertner’s email to Fauci was among more than 3,200 pages Buzzfeed News published on June 1. The emails cover the period of January through June 2020.

The Washington Post also published a story based on about 800 pages of Fauci’s emails from March and April 2020.

The text of Gaertner’s email was taken word-for-word from a 2005 paper by a team of researchers at the University of Pennsylvania.

At the time, they were trying to find a way to block the activation of a SARS-CoV spike protein as a potential “therapeutic” for severe acute respiratory syndrome, which is caused by the virus, said Paul Bates, a co-author of the study and microbiology professor at the University of Pennsylvania.

Gaertner focused on one portion of the paper titled “intervirion fusion,” which he sent to Fauci. But one of Bates’ co-authors, Graham Simmons, told USA TODAY that Gaertner misinterpreted it.

Both Bates and Simmons said the virus particles used in the experiment didn’t contain genetic material from a coronavirus.

“It really makes no sense that it could be a coronavirus bioweapon production method,” Simmons, now a senior investigator at Vitalant Research Institute, said in an email. “I am happy someone made Tony Fauci aware of this work as it is a really cool experiment and was funded by NIH, but the misinterpretation is appalling.”

Director of the National Institute of Allergy and Infectious Diseases at the National Institutes of Health Anthony Fauci speaks during a press conference on the COVID-19, coronavirus, outbreak as US President Donald Trump (L) and US Vice President Mike Pence look on at the White House in Washington, DC on February 29, 2020. (Photo: Roberto Schmidt, AFP via Getty Images)

Gaertner is described on his website as an “independent researcher” but provides no additional credentials.

In his Twitter biography, Gaertner claims to have “discovered the cure for COVID” in April 2020 and lists virology, politics and research in his bio. He does not include any degrees, affiliations or a place of employment, but he added thousands of followers after his email became public.

Gaertner declined to comment for this story beyond attacks on the media and Fauci.

His website links to a YouTube video from May 25 where Gaertner, standing in front of a black-framed whiteboard colored with blue marker, claims to have developed “protocols” that prevent the COVID-19 vaccine from taking effect after it has been given.

“I’m not a doctor, a professor or anything else,” Gaertner said in the video. “I’ve just been doing a lot of research over the last year.”

Gaertner’s website includes a similar disclaimer. At the bottom of pages linking to interviews with Gaertner and hawking T-shirts with phrases like “compliance costs lives,” the website warns its content should not be taken as medical advice.

“This site is intended for research, education (and) entertainment purposes only,” the fine print reads. “The information provided on this site is not intended to substitute for medical advice.”

Gaertner is among those pushing the theory that the antiparasitic drug ivermectin used on animals could be used to treat COVID-19.

The FDA said in April 2020 people should not take ivermectin unless prescribed by a licensed health care provider and “obtained through a legitimate source,” saying the drugs “can cause serious harm.” It reiterated that in March.

The University of Minnesota is studying whether the drug can be used to prevent infection that leads to the most serious cases of COVID-19.

In a June 2 post on Twitter, Gaertner wrote that he was married to a woman The New York Times connected to the spread of misinformation about the 2020 Iowa caucus and the theory that COVID-19 is a Chinese bioweapon.

The claim that an email to Fauci contained the origins of the coronavirus is FALSE, based on our research. The text of the email is lifted from a research paper published in 2005, more than a decade before the emergence of COVID-19. Two of the paper’s co-authors said the virus particles used in their experiment did not contain genetic material from a coronavirus, so the process described isn’t what Gaertner claims it to be. The self-described “independent researcher” who sent Fauci the email said in a YouTube video he is not a doctor or professor, and his website includes a disclaimer that its contents should not be used as medical advice.

Movie theaters were relying on 'Mulan' to boost ticket sales, its move to Disney+ is a 'sucker punch to the gut'