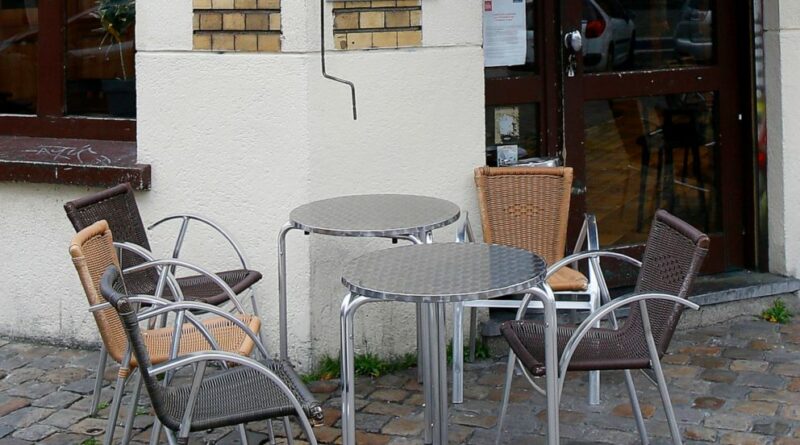 PARIS — Champagne, lobster and no masks: That’s what a French TV documentary says is on the menu at one of multiple high-end “clandestine restaurants” catering to the Paris elite, in violation of nationwide pandemic restrictions.

What’s even more shocking to the newly confined French public — and exhausted medical staff — is that one organizer claimed government ministers are among those who attend.

Anti-capitalist activists and critics of President Emmanuel Macron aren’t convinced, and plan a protest Tuesday — advertised on social networks under the banner “Let’s Eat the Rich” — at one of the alleged secret venues,

The Paris prosecutor’s office said Monday that an investigation was opened Sunday into possible charges of endangerment and undeclared labor, and to identify the organizers and participants of the alleged gatherings.

A documentary that aired on French network M6 over the weekend included a man saying that he had eaten in two or three clandestine restaurants “with a certain number of ministers.”

The prosecutor’s office said Monday that the investigation is continuing despite reports that the man featured in the documentary had retracted his claim.

Government members denied knowledge of any wrongdoing by their colleagues. Interior Minister Gerald Darmanin asked police to look into the claims.

At one venue, white-gloved waiters presented fixed-price menus running from 160 to 490 euros (around $190 to $575) per person whose offerings included Champagne, truffles with foie gras, and lobster in ginger sauce. One host said guests don’t wear masks, despite France’s indoor mask requirements, because “it’s a private club. We want people to feel at home.”

At another venue, reportedly offering a 220-euro ($260) meal, visitors in elegant attire shared cheek kisses and strolled a red carpet.

French restaurants have been closed since October to slow the spread of the coronavirus, and the country just entered a new partial lockdown in response to intensive care units again filling with COVID-19 patients.

“I’m getting sick of this. There’s no point in going to work,” said Michele Feret, a nurse providing home care to virus patients in the town of Creil, north of Paris. She noted that a clandestine restaurant in a working class district of Creil was also recently shut down.

“Let them go to restaurants,” she told The Associated Press, but warned that no one, including top officials, “has special protection” from the virus.

Government spokesman Gabriel Attal said ministers “have a duty to be totally irreproachable and exemplary.” Speaking on LCI television Sunday night, Attal said authorities have been investigating reports of underground parties and restaurants for months, and 200 suspects have been identified and face “heavy punishment.”

When asked by the AP last month how many government officials had been fined for violating virus restrictions, Prime Minister Jean Castex refused to give a breakdown, instead listing the number of fines issued to the overall French public.

For those who are caught, the endangerment charge carries a potential prison term and fines of 15,000 euros ($17,600), while participants face fines of 135 euros ($160) for violating curfew and another 135 euros for not wearing masks.

The restaurant revelations came as France’s health minister warned Monday that the number of COVID-19 patients in the country’s intensive care units could reach the level of the first crisis a year ago.

France has reported more virus infections than any European country, and among the world’s highest death tolls, at 96,650.

United Airlines bets on Africa, India and Hawaii in 2021 expansion

‘Defence is a permanent start-up’