Home » Business » From 'sick man' of Europe to superpower: These 5 charts show how Merkel changed Germany 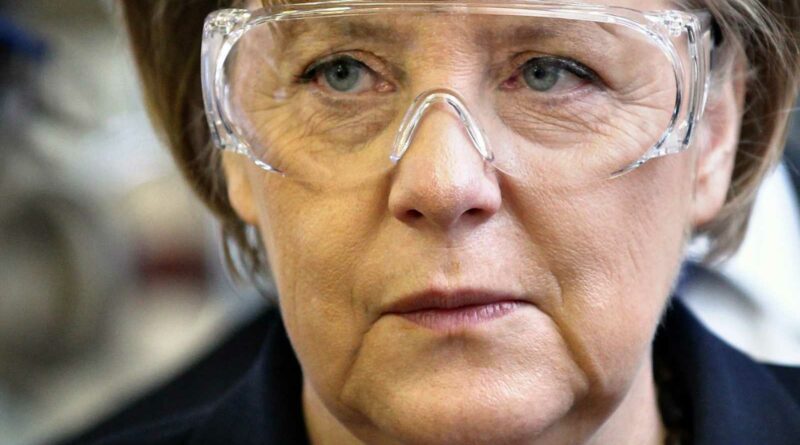 It's hard to believe now that Germany, Europe's biggest and most successful economy, was once known as the "sick man of Europe" in the late 1990s and early 2000s.

Germany's economy has grown under the leadership of outgoing Chancellor Angela Merkel, the conservative leader who has headed the government for the past 16 years. In 2019, before the Covid-19 pandemic struck, a quarter (24.7%) of the European Union's entire gross domestic product was generated by Germany, according to Eurostat.

CNBC has created five charts looking at different parts of Germany's economy, and society, during Merkel's tenure. They show her legacy is not only one of prosperity but also one of missed opportunities and missteps, according to some political experts.

Germany's export-oriented economy, one predicated heavily on manufacturing, has grown steadily during Merkel's time in office, this chart shows, and has far outpaced its rivals in the U.K. and France.

When Merkel came to power in 2005, it's worth remembering that Germany's economy had experienced a recession just two years before. In the year she took office, Germany's GDP stood at 2.3 trillion euros ($2.6 trillion), Germany's federal statistics office data shows. In 2020, it was over 3.3 trillion euros.

Germany has one of the lowest unemployment rates in the EU (although not the lowest, that accolade goes to its neighbor, the Netherlands). Nonetheless, Germany's jobless rate is respectably low; in July 2021, the unemployment rate stood at 3.6% while for under-25s, the rate was higher, at 7.5%, Eurostat data shows.

Goldman Sachs analysts, assessing Merkel's legacy, noted that while Merkel has had a "great success" in bringing down the unemployment rate, "much of the decline in structural unemployment likely stemmed from her predecessor's (Gerhard Schroeder) reforms and was followed by a decade of stagnant real wages."

The analysts noted that Merkel's governments had nonetheless then "maintained sound public finances and adopted the constitutional debt brake, but responded forcefully during times of crisis, successfully shielding the labour market with the "Kurzarbeit" programme in 2008 and 2020."

Kurzarbeit refers to Germany's short-term work scheme whereby employers reduce their employees' working hours instead of laying them off during times of crisis, like the Covid pandemic.

One area where Germany differs starkly from its counterparts France and the U.K. is its immigration landscape under Merkel. And perhaps it's this area where her chancellery faced both widespread praise, and also attracted controversy.

At the height of Europe's migration crisis in 2014-2015, hundreds of thousands of migrants entered the EU, many of them fleeing civil war in Syria. Arguments broke out within the bloc over how to allocate asylum seekers fairly between EU nations, with eastern European countries largely refusing and closing their borders.

Merkel made the bold decision to do the opposite, opening Germany's borders and allowing more than an estimated 1 million refugees and migrants to enter Germany in 2015, a move reflected in the graph below. The Eurostat immigration data goes back only as far as 2008.

Merkel's policy on migration around this time was seen as a catalyst for right-leaning voters to flock to the anti-immigration Alternative for Germany party. In 2021, however, it's share of the vote had waned with the party garnering 10.3%.

One issue highlighted by discussions on household income in Germany is the growing gap between the rich and poor. Particularly a divergence between the east and west of the country, reflecting a legacy of Germany's pre-unification days in 1990.

In 2020, the OECD noted that while differences between German regions, in terms of GDP per capita, had decreased over the last 18 years, "regional disparities among remain above the median of OECD countries, with Hamburg having more than twice the GDP per capita than Mecklenburg-Vorpommern (a neighboring state)."

As Euromonitor International noted in a September report, "despite the income growth and initiatives to promote income equality, regional disparities persist between eastern and western parts of Germany."

One of the main criticisms leveled at Merkel's government is that it has neglected infrastructure spending and investment because of its apparent unwillingness to borrow money and upset its strict adherence to a balanced budget, with the now infamous "schwarze Null," or "black zero" budget rule seen as a symbol of Germany's obsession with penny-pinching.

"The failure of the German government (among others) to engage in debt-financed spending after the crises of 2008 and 2011 has contributed substantially to the chronic lack of private demand, a tilted savings and investment balance, and distortive global and intra-euro zone trade imbalances," Stefan Koopman, senior market economist at Rabobank, said in a note.

The graph below shows patchy levels of gross capital formation (formerly known as gross domestic investment) in Germany, the U.K. and France since 2005.

Capital formation consists of outlays on additions to the fixed assets of the economy such as land improvements as well as plant, machinery, and equipment purchases, the construction of roads, railways, and the like, including schools, offices and hospitals.

Investing in such infrastructure is what Germany's next government must tackle, experts note.

It's widely recognized that Germany cannot hold off on much-needed infrastructure spending much longer, however, and as coalition talks take place to form a new government, much attention is being focused on how far each party involved could push for fiscal easing. 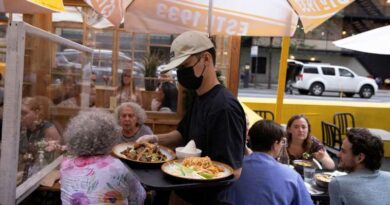