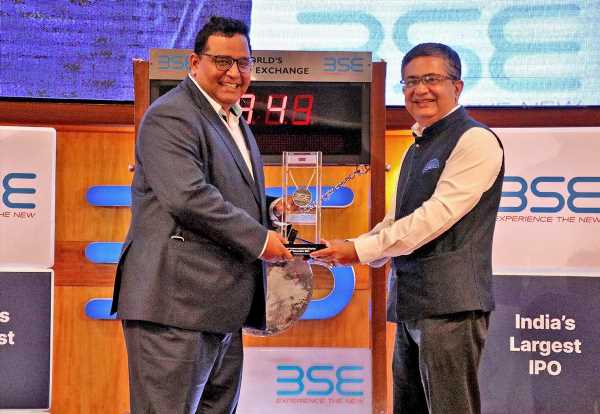 Even if the Paytm fiasco does not mark the end of the bull run, at least some sanity will return to the wild IPO market, observes Debashis Basu.

Paytm recently made history of an unsavoury kind.

The largest-ever initial public offering in the Indian markets, priced at Rs 2,150 a share, opened for trading 9 per cent down and then fell precipitately.

After a weak attempt to rise around 11 am, the stock came under heavy selling pressure, to end the day at the lower circuit, down 27.6 per cent.

Soon after, a foreign brokerage firm put out a target price of Rs 1,200, which is 44 per cent below Paytm’s issue price.

The business is a cash-guzzler and cannot be profitable, it said.

And yet, the chief financial officer of Paytm claimed, ‘We could have priced the IPO much higher but we decided not to. We wanted to leave value for investors.’

The Indian IPO market has been on fire, until now.

Indian companies have raised a staggering Rs 74,000 crore (Rs 740 billion) through IPOs in the first 10 months of 2021 — the highest in any January-October period in the past 20 years.

The year may end with Rs 1 trillion raised through IPOs.

All of them employed a common strategy of reducing marketing expenses before the IPO, to show lower losses and marginal profits.

This is familiar stuff for those who have witnessed several bouts of IPO frenzy in the past three decades.

I have documented two such phases in my book Face Value.

The first was the 1993-1995 period, when there was a near consensus that India would outstrip the Asian Tigers.

After growing at 7.4 per cent in 1994, the Indian economy was projected to grow at 9 per cent.

Companies went on a capital-raising carnival to fund this ambitious growth expectation.

The government allowed Indian companies to raise capital abroad, and soon foreign investment bankers were trawling the country for companies with decent balance sheets that could be persuaded to raise funds overseas.

Even lousy companies were decked up for roadshows under the chaperonage of top financial firms of London and New York.

It was a heady feeling and gave companies the kind of respectability they were not getting in the domestic market.

Towards the end of this boom, the domestic IPO market went through the roof.

A spate of mega issues like Reliance Capital, Essar Oil, Jindal Vijaynagar, MS Shoes, and others hit the market in the first two months that year.

In one frenzied week in February 1995, 78 companies went public, crowning a financial year of 1,400 IPOs.

There had been no serious reforms after 1993 to support that financial boom.

As I wrote in Business Standard at that time: ‘The corporate sector is complacent about the current imperfect system: the ease with which it can make a public issue and the lack of accountability. That explains the scramble among small and large companies to enter the market — at a premium. Tomorrow’s winners will not be among these … market price will not compensate for performance forever.’

As elections neared, the Reserve Bank of India scrambled to raise interest rates to control inflation, which was caused by a loose monetary policy.

By late 1995, high interest rates were causing industry to gasp, or so they said.

Consequently, from 1996, Indian stocks went on a long slide.

There wasn’t much of an IPO boom then, instead there was a boom in new fund offering as equity mutual funds scrambled to raise money through tech-oriented funds.

Big subscriptions to these funds, and US listing by tech companies such as Wipro and Infosys in early 2000, marked the end of the bull market.

February 11, 2008, was another historic day for the Indian stock markets.

On that day Reliance Power, which collected a (then) record Rs 11,563 crore/Rs 115.63 billion in its mega IPO, got listed with great fanfare.

This IPO had generated bids worth over Rs 7 trillion and the issue got subscribed more than 72 times, as people with low incomes also scrambled to be part of the whipped-up frenzy.

The stock never traded above the issue price and is now quoted at Rs 13.50.

We don’t know whether Paytm will mark the top of the current bull market but it certainly does embody all the elements that mark excess: A long bull market and highly successful IPOs that lulled investors into a sense of complacency; loss-making but arrogant companies making mega IPOs at extremely high prices; several similarly shaky companies waiting in queue to raise funds; and an external environment marked by high inflation and possible rate hikes around the world.

But then history does not repeat, it rhymes.

Even if the Paytm fiasco does not mark the end of the bull run, at least some sanity will return to the wild IPO market.

Debashis Basu is the editor of moneylife.in 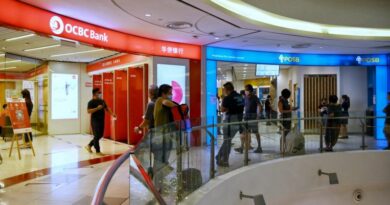 What is eGiro and how long does set-up take?

11 wounded in shooting rampage at New Orleans French Quarter; no arrests made