Home » Business » In Boulder, ‘tragedy and a nightmare’ 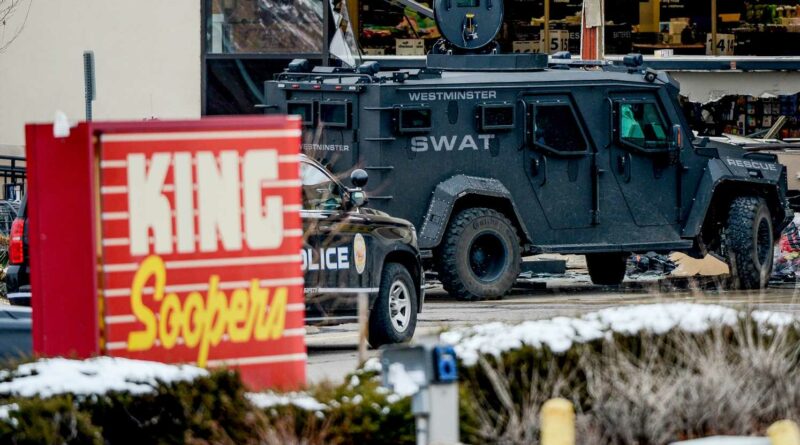 Two mass shootings in less than a week renewed calls for gun control legislation. The Supreme Court is wrestling with a dispute over tribal sovereignty. And we have new news about AstraZeneca (again!!!)

But first, Cinnamon Toast Crunch with a side of shrimp? A comedian thought his cereal had some shrimp tails in it. Sounds fishy.

President Joe Biden called on Congress to “immediately pass” legislation that would close loopholes in gun background checks and ban the purchase of “assault” weapons after 10 people were killed in a mass shooting at a grocery store in Boulder, Colorado. “I don’t need to wait another minute, let alone an hour, to take common-sense steps that will save the lives in the future,” Biden said. Monday’s carnage came six days after an attack at three Georgia massage spas that left eight people dead. What we know about the Colorado attack:

“These were people going about their day, doing their shopping,” Boulder District Attorney Michael Dougherty said at a late-night news briefing. He described the day’s events as “a tragedy and a nightmare.”

Some of the nation’s most high-profile acts of gun violence have occurred in Colorado, which has taken a toll on its residents and leaders. Robin Lloyd, managing director of Giffords, a group that seeks to combat gun violence, said Colorado is not unique in terms of overall incidents of gun violence. “It does feel that this happens far too frequently, but I don’t think Colorado is an exception,” Lloyd said. 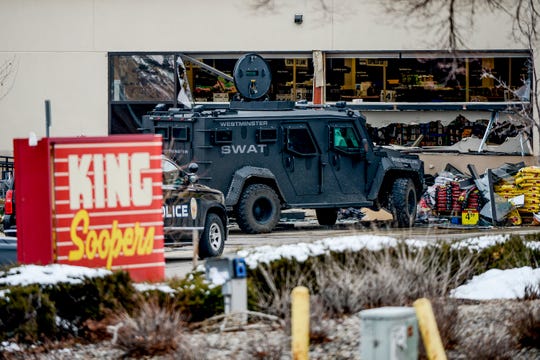 A jury has been selected in the murder trial of former Minneapolis police officer Derek Chauvin, who knelt on George Floyd’s neck for more than nine minutes in May 2020. Nine women and six men will decide the case that forced a renewed reckoning over racial inequality in the USA. Twelve of the jurors will deliberate, two will serve as alternates and one will be dismissed if all the others show up for opening statements Monday. The panel includes six jurors of color, including three Black men, one Black woman and two mixed-race women. The nine other jurors are white. Floyd, a Black man, died after Chauvin, who is white, pressed his knee against Floyd’s neck following a confrontation. Lying on a Minneapolis street under Chauvin, Floyd cried out, “I can’t breathe” more than 20 times.

Hours after COVID-19 vaccine collaborators AstraZeneca and Oxford University released data on their large clinical trial, federal officials said that information may have been missing a month’s worth of data. The pair touted their vaccine trial results Monday in a news release and news conference, saying the two-dose shot would prevent 79% of symptomatic cases of COVID-19 and 100% of all severe cases and hospitalizations. A few minutes after midnight, the federal government took the unusual step of issuing its own news release saying the data may have been based on “outdated information.” It’s unclear how much the up-to-date information may change the reported effectiveness rate. “It really is unfortunate that this happened,” said Anthony Fauci, head of the National Institute of Allergy and Infectious Diseases. “This is very likely a very good vaccine.”

Can Native American police officers detain non-Native suspects? That’s the dispute the Supreme Court wrestled with Tuesday, delving into thorny issues of tribal sovereignty that have vexed the federal government for generations. A year ago, the Supreme Court found that the eastern half of Oklahoma is Native American territory when a Native American man appealed a rape conviction he claimed was out of Oklahoma’s jurisdiction. This time, the justices are looking in the opposite direction: Did a tribal police officer go too far in his interaction with a non-Native suspect who was found to be in possession of meth and firearms?

Amid a cascade of outrage stemming from his role in Louisiana State University’s sexual misconduct scandal, F. King Alexander resigned from Oregon State University, where he has been president since July 2020. Alexander was president of LSU from 2013 to 2019. During his tenure, the school systematically mishandled reports of sexual misconduct by students and head football coach Les Miles, according to a report from a law firm that was hired after an investigation by USA TODAY found that officials in the university’s athletic department and broader administration repeatedly ignored complaints against abusers, denied victims’ requests for protections and subjected them to further harm by known perpetrators.

And here’s your dogs! Please email any new puppy pictures to Ashley Shaffer at [email protected]

Southwest Airlines Requires Face Masks To Be Worn At All Times