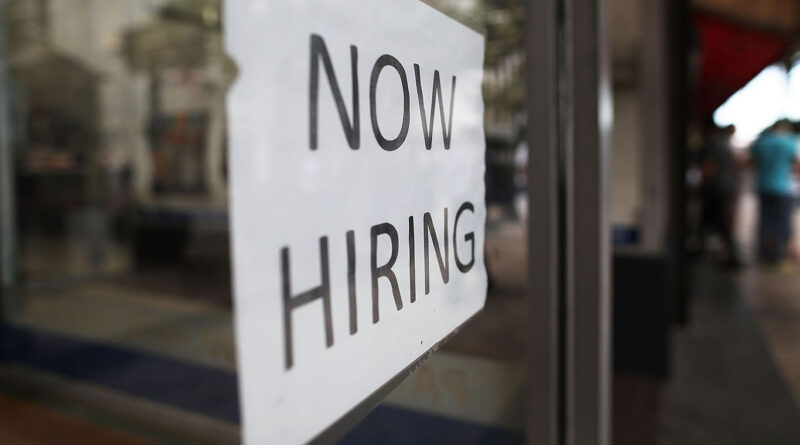 March of last year marked the beginning of the massive job cuts related to the COVID-19 pandemic. A total of 222,288 job cuts were announced that month, followed by 671,129 cuts announced in April. The five-month total last year was 1.41 million cuts.

Andrew Challenger, vice president of the outplacement firm, noted, “Many employers, especially those hit hard during the pandemic, such as Retailers and Hospitality and Leisure companies, are having a difficult time finding workers. Many are offering signing bonuses or higher wages to attract workers. As the labor market tightens, as is typical, workers may find employers offering more attractive perks and benefits, including higher starting wages, as they look for positions.”

Thursday morning, ADP reported that private-sector payrolls increased month over month in May by 978,000, well above the consensus expectation for a gain of 675,000. The weekly report on new claims for unemployment benefits, also released Thursday morning, reported 385,000 new claims were filed in the week ending May 29, below the consensus estimate of 400,000. The monthly employment situation is due Friday morning, and analysts expect nonfarm payrolls to rise by 645,000 month over month and the unemployment rate for May to drop from 6.1% to 5.9%.

ALSO READ: 25 States With the Widest Gaps Between Rich and Poor

Financial firms in Europe must embrace the Amazon model to survive, research says

Most Payless stores are closed, but here are the 665 stores that will be open in June