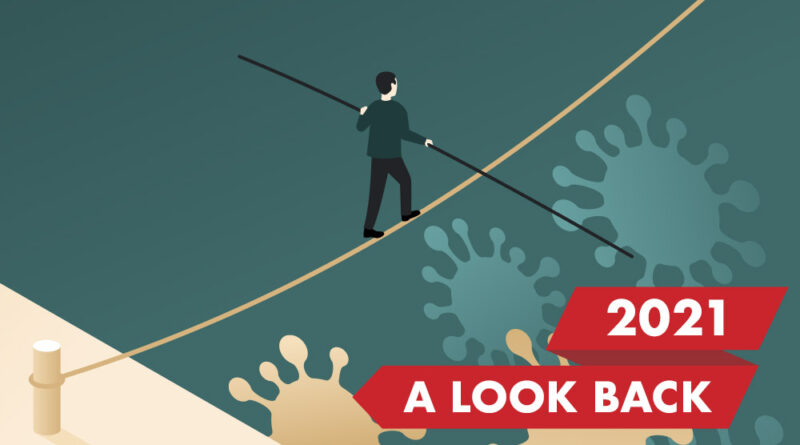 Covid, neither gone nor forgotten in 2021, batted investors and markets for another year as attempts at business as usual were stymied by cycles of angst and rebound. Defensive stocks, growth stocks, value stocks, stay-at-home stocks were in one day, out the next. After a volatile year of ups and downs, broader markets ended on a high note, but it was it was mixed bag for media.

The S&P 500, considered the most representative of the three major indexes, closed out 2021 up 27%, its third year of double-digit gains.

But Disney had its worst year since 2008. Discovery, ViacomCBS, AT&T and AMC Networks also ended down. Netflix, Fox, Lionsgate and Sony rose. Comcast was flat. Fubo, a leader last year, took a hiding. Newcomer Endeavor, which went public in April, had a great run, as did Live Nation and big broadcasters Nexstar, Gray Television and Tegna (which is also for sale).

Tech was also a tale of ups and downs – the former led by Apple and YouTube parent Google. Facebook did fine despite so much bad press that it changed its name (to Meta). Amazon was higher. But Spotify, Twitter, Roku and Snap got dinged. Apple remains widely adored for position in mobile devices and the growing clout of its services division (which includes Apple TV+). It’s a bit pricey with a $2.9 trillion market cap (the first stock ever that looks set to hit $3 trillion).

In most cases, stocks were not on a straightaway in 2021. Wherever they ended up settling at the end versus the start of the year, it followed big gyrations over the 12 months.

Themes included memes stocks with prices distorted (or democratized, depending on whom you ask) by retail traders bidding up shares, like AMC Entertainment starting early in the year. The March crash of an obscure hedge fund Archegos knocked shares of Discovery and ViacomCBS and they never recovered. Consolidation — actual and rumored — was everywhere. But the biggest deal, the one set to reshape the landscape, had surprisingly little upside for shares of the players involved – AT&T or Discovery. Lionsgate’s stock was so low it said it might sell or spin off Starz. That helped.

“The consolidation theme, the M&A theme is an annuity every year” for media stocks, said one Wall Streeter. The bull case for Lionsgate stock: a spinoff of Starz that forces investors to value each separately. The bear case: two smaller companies that are both “subscale,” he said.

Speaking of Capitol Hill — 2022 is a political year. “Midterm elections should be quite interesting with the House and Senate so close every seat will probably be a record amount of fundraising and a record mid-year, mid-term political cycle. Companies tied to political spending should do well,” said one analyst citing Nexstar, Gray and Fox stations. Politics will also be a boon for ratings at Fox News. Other station groups are much smaller parts of bigger companies so the impact will be limited.

Disney has a special place among showbiz stocks as the only one included in the DJIA, and it was the worst performer in that 30-stock index this past year. It lost 13%, its biggest drop since 2008, when it fell nearly 30%. That’s a stark contrast to 2020, when it was buoyed by fast-growing Disney+. Enthusiasm cooled as lockdowns ended and subscriber growth slowed even as theme parks and legacy media businesses, while stabilizing somewhat, couldn’t offset investor uncertainty, especially with Covid ongoing.

Disney closed 2021 at $155 — up from a year low of $142 earlier this fall but well off a high of $203 in March, when theme parks and movie theaters reopened and streaming was still going gangbusters. Not all but most analysts that follow it rate it a “buy” based on price – it’s starting to look cheap. The ongoing Spider Man: No Way Home juggernaut doesn’t hurt. Superheroes, a Disney strength, are the surest bet in cinemas these days. (Worth noting, Bob Iger tweeted his final goodbye tonight. Bob Chapek and a handful of new executives will take it from here.)

The Sony/Disney Spider-Man film also sparked a rally in exhibition stocks, easing them off their lows although they all closed down  — save meme stock AMC. Its shares were up 1,253% for the year – a surreal number for a surreal year in the life of the Adam Aron-led giant theater chain. It began its uptick in January along with GameStop and kept going, seeing its stock rise from under two bucks to nearly $73. It settled back to close out at $27 but even that level, many analysts say, isn’t justified by fundamentals. It doesn’t seem to matter — maybe the fundamentals will catch up eventually. Meanwhile, Aron has been a Harvard Business School study, engaging his Redditors, tweeting constantly, setting up a special investor portal that offers free popcorn, and accepting payment in crypto.

Imax is generally a favorite in the space because blockbusters — the large-format chain’s bread and butter — are recovering the fastest. And international markets, where Imax is strong, are not seeing the same SVOD pressures as the U.S. yet.

Speaking of streaming pressure: Netflix, the first mover, the unencumbered and acknowledged ruler of that domain, may be feeling some. It ended the year flat at $602, off a low of $478 but well down from a $700 high. Still, the company run by Reed Hastings and Ted Sarandos is blasting ahead. It’s focus on international production triumphed with Squid Game, and it is dipping a toe into games. It is used to stock blips when streaming subscriber growth is slower than Wall Street anticipates for a quarter here or a quarter there (an unpleasantness Disney just experienced for the first time). There are always a few doubters but not many. “For me, they’ve won the game. When you look at who’s winning in streaming it Netflix,” said one analyst, echoing a common refrain.

Media And Entertainment Stocks Close The Book On Mixed 2021

Richest 25% of Americans Cut Spending the Most During Pandemic 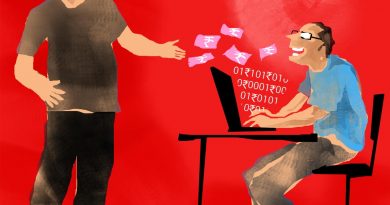 Salary Costs At IT Services Are Growing 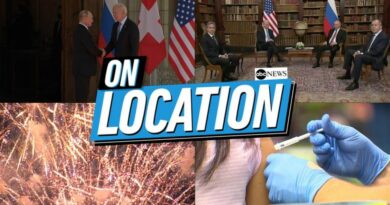