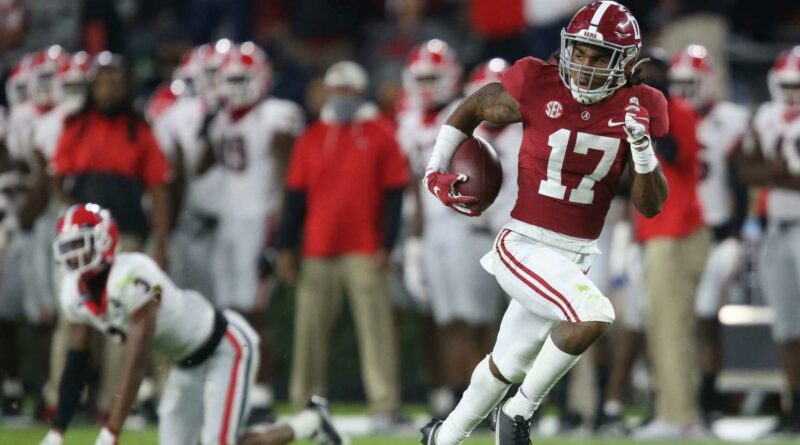 The Miami Dolphins landed a receiver with the No. 6 overall draft pick Thursday night when they selected Alabama’s Jaylen Waddle, who instantly becomes one of the fastest players in team history.

Waddle will be reunited with Tua Tagovailoa, his former collegiate quarterback with the Crimson Tide.

Waddle, 5-feet-9 1/2 and 180 pounds, did not run the 40 at the Crimson Tide’s pro day because he was coming off a broken ankle suffered last season. But no stopwatch is necessary to know teams will have to respect his speed. Waddle has been compared to Kansas City game-breaker Tyreek Hill.

“If there’s a big play out there, I think I can make it,” Waddle said.