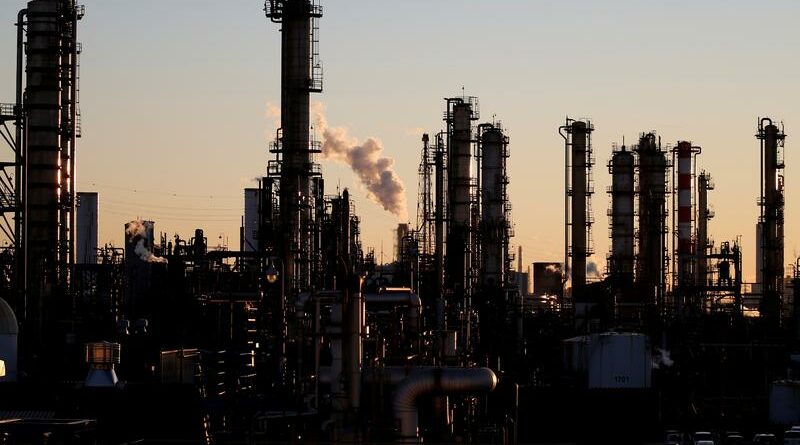 The output rise will likely ease worries about the impact the health crisis is having on the manufacturing sector in the world’s third-largest economy, which is recovering thanks to strong overseas demand, especially from China.

Separate data showed the jobless rate fell from the previous month in a sign of strength in employment conditions, while Tokyo consumer prices fell unexpectedly in April due to cuts in mobile phone fees by major carriers.

Government data released on Friday showed factory output grew 2.2% from the previous month in March, lifted by a sharp jump in car production and higher output of organic and inorganic chemicals.

The output rise, a reversal from the previous month’s 1.3% decline, was much better than a 2.0% decline forecast in a Reuters poll of economists.

“The worry is whether this trend can continue,” said Ayako Sera, market strategist at Sumitomo Mitsui Trust Bank.

“It is necessary to pay attention to whether reduced demand is putting downward pressure on future output as a state of emergency has been declared in Tokyo and Osaka.”

The data showed manufacturers surveyed by the Ministry of Economy, Trade and Industry (METI) expected output to rise another 8.4% in April, followed by a 4.3% decrease in May.

Factory output had dropped in February as weakening production across sectors such as cars and electrical machinery outweighed better demand for tech-making equipment that has been a major output driver.

Japan’s economy is expected to take a hit from a third state of emergency for Tokyo, Osaka and two other prefectures called by the government last week in response to a resurgence of COVID-19 infections.

The measures, which are scheduled to last until May 11, are expected to especially hurt the services sector as households are seen cutting down on travel, leisure and dining out activities, likely signalling a domestic demand slowdown.

Japan’s factory activity expanded in April at the fastest pace since early 2018, a separate private sector survey showed on Friday, underlining the tailwind manufacturers have been getting from strong global demand.

The country’s economy has emerged from last year’s deep recession on strong exports, though a slow vaccine rollout and repeated emergency measures called in response to an infection resurgence have hurt consumption.

A growing divergence between manufacturers profiting from a global economic recovery and service sector firms facing tepid consumption at home is posing a challenge for policymakers.

“The divergence will likely continue this year,” said Sera. “At its earliest, it may take until the middle of next year for the economy to recover to pre-coronavirus levels.”

Other official data out on Friday showed the country’s seasonally adjusted jobless rate fell to 2.6% in March, beating the median estimate of 2.9%.

The labour ministry said the jobs-to-applicants ratio was 1.10 in March, up from 1.09 in the previous month and also above a Reuters poll forecast of 1.09.

US stocks edge higher as investors wait for trade updates