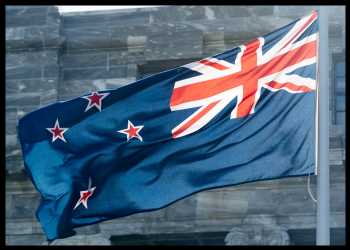 The New Zealand central bank raised its interest rate for the sixth straight time and vowed to continue its tightening mode to bring inflation back to the target.

The Monetary Policy Committee of the Reserve Bank of New Zealand on Wednesday decided to lift the Official Cash Rate to 2.50 percent from 2.00 percent, as widely expected.

The latest action has taken the interest rate to its highest level since March 2016.

The committee agreed to maintain its approach of briskly lifting the OCR until it is confident that monetary conditions are sufficient to constrain inflation expectations and bring consumer price inflation to within the target range, the bank said in a statement.

Although there are near-term upside risks to consumer price inflation, and medium-term downside risks to economic activity, the committee remained broadly comfortable with the policy path outlined in May.

Policymakers observed that high food and energy costs together with rising mortgage interest rates will weigh on the discretionary spending of households in coming quarters.

With the emerging worries about the health of the economy, interest rates are set to peak around 3.5 percent rather than the 4.00 percent predicted by the RBNZ and financial markets, Capital Economics economist Marcel Thieliant said.

Employment is likely to rise a bit faster than the central bank anticipates, which will contribute to a more rapid moderation in inflation, the economist noted. The upshot is that the bank is likely to cut rates by 50 basis points in the second half of next year.

This travel influencer bought a second condo in Detroit for $44,000 in cash — and spent $52,000 renovating it during the pandemic