Home » Police ‘don’t want us to see everything’ 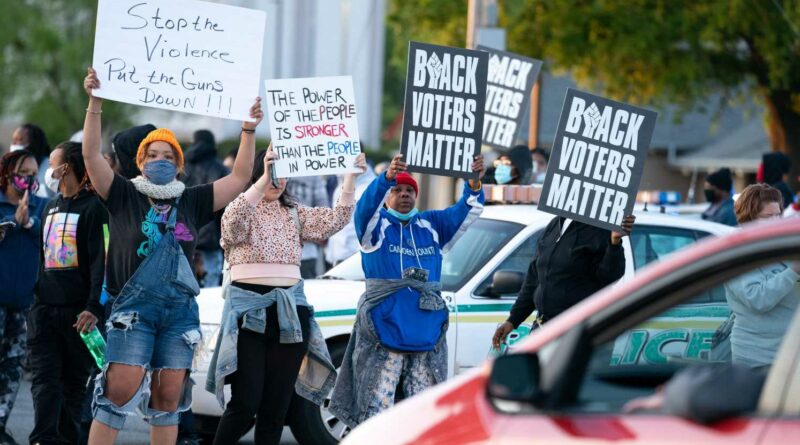 Body camera footage of the fatal shooting of Andrew Brown Jr. raised significant questions about law enforcement transparency. And the Department of Justice is investigating Louisville, Kentucky, police, signaling an intent to crack down on patterns of abuse from authorities.

It’s Julius with the news to know.

But first, the pink moon: Tonight will officially mark a full moon, known this month as the pink moon. It also will be a “supermoon.”

The Short List is a snappy USA TODAY news roundup. Subscribe to the newsletter here or text messages here.

Andrew Brown Jr.’s family views bodycam footage of his death — after it was redacted

The family of Brown, and its legal team, addressed the media and community after viewing redacted bodycam footage of police fatally shooting him. “They are trying to hide something,” attorney Ben Crump said. “They‘’.” Earlier in the day the mayor of Elizabeth City, North Carolina, declared a state of emergency as the public prepared for authorities to release the footage. “City officials realize there may potentially be a period of civil unrest within the city following the public release of that footage,” Mayor Bettie Parker said. Brown, a father of seven, was fatally shot Wednesday by deputies serving warrants.

Demonstrators hold signs while participating in a protest march on April 22, 2021 in Elizabeth City, North Carolina. The protest was sparked by the police killing of Andrew Brown Jr. on April 21. (Photo: Sean Rayford, Getty Images)

The Justice Department has launched a wide-ranging investigation that will look at whether the Louisville Police Department engaged in a pattern of abuse amid a nationwide reckoning following the death of Taylor. The investigation will examine whether Louisville police officers used unreasonable force, including during peaceful protests, engaged in unconstitutional stops and seizures, unlawful search warrant executions in houses and discriminated against people based on race. Attorney General Merrick Garland said officials in Louisville are cooperating with the investigation.

On Monday, the Supreme Court agreed to hear a case that could result in the expansion of protections for carrying concealed weapons in public, putting a major Second Amendment dispute on the docket for the first time in years. The decision to accept the case comes after the Supreme Court has largely avoided Second Amendment issues over the last decade. In that time, the court has grown more conservative and several of the justices have signaled a desire to address unresolved questions about gun rights. The specific case the Supreme Court agreed to take Monday is from New York, which addresses the topic of establishing “proper cause” to carry a concealed handgun in public.

The Oscars took a different approach Sunday night due to COVID-19, but the show stayed true to form with at least one surprising victory. That unexpected win, Anthony Hopkins for best lead actor over Chadwick Boseman, capped off the event in an awkward fashion. Not only was the result stunning, but with Hopkins not in attendance, it left the show to end with Joaquin Phoenix standing alone onstage. Outside of the show’s unusual ending, the Academy Awards did have numerous bright spots, namely its diverse winners. Chloé Zhao became the first woman of color to win best director, for “Nomadland” (which also won best picture). Daniel Kaluuya (“Judas and the Black Messiah”) and Yuh-Jung Youn (“Minari”) clinched the races for supporting actor and supporting actress. Mia Neal and Jamika Wilson became the first Black women to win in makeup and hairstyling, for “Ma Rainey’s Black Bottom.”

The Census Bureau released its first round of data from its 2020 survey, showing population counts for the country and states as well as the new apportionment of seats in the House of Representatives. States including Texas and Florida picked up seats, while states such as California and Pennsylvania each lost a seat.  Texas’ gain reflects the trend of rapid population growth in Southern and Western states and a “political power shift from one region of the country to the other,” Michael Li, senior counsel for the nonpartisan Brennan Center for Justice’s Democracy Program, said. Every decade, as the population shifts, the allotment of seats for each state may change based on updated data collected by the Census Bureau. New congressional districts would take effect for the 2022 election.

FILE – This March 19, 2020, file photo, shows an envelope containing a 2020 census letter mailed to a U.S. resident. On Wednesday, March 24, 2021, a federal judge dismissed a lawsuit filed by the state of Ohio that tried to get the U.S. Census Bureau to provide data used for drawing congressional and legislative districts ahead of its planned release. (AP Photo/Matt Rourke, File) (Photo: Matt Rourke, AP)

A break from the news

‘Time To Act’ Podcast: Inclusion During A Pandemic

Starz Hits MGM With A Most Excellent Exclusivity Lawsuit