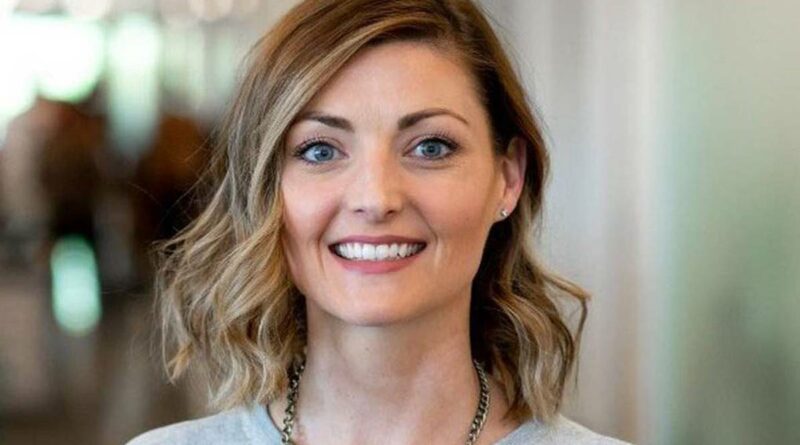 The result comes as analysts are sharply split over the company’s ability to handle two major challenges: new competition from cut-price digital giving startup Tithe.ly, and the challenges of expanding beyond its Protestant base into the multi-billion Catholic market.

The NZX-listed, Seattle-based maker of digital giving and church management software said net profit increased by US$15.2 million over the year ended March 31, 2021, from US$16.0m to US$31.2m, an increase of 95 per cent.

Ebitdaf was US$58.9m, from the year-ago $25.2m – and new CEO Molly Matthews said Pushpay is forecasting operating earnings between US$64m and US$69m.

Matthews noted on a conference call that Pushpay has met or exceeded guidance every year since 2014.

Pushpay, which has been targeting larger churches, said it finished the period with 11,099 customers, only slightly ahead of the 10,896 it reported for the 12 months to March 21, 2020.

An outlook statement said Pushpay expects to grow in line with US GDP growth, which it notes is forecast to grow strongly, at 5 to 7 per cent, with growth concentrated in the second half of 2021 “as vaccinations allow the US to reopen”.

The company adds: “We anticipate digital adoption within our customer base continues to grow, albeit at a slower rate than before the Covid-19 driven acceleration.”

Matthews did not directly address emerging, lower-cost competitor Tithe.ly, but did emphasise the integration of its 2018 acquisition of Community Church Builder, which gives Pushpay a broader ranger of features than managing digital giving. “Churches wanted an all-in-one solution” as they grappled with Covid and organised virtual congregations, Matthews said.

The CEO added that strong cashflow had allowed Pushpay to pay back the debt it took on when it bought Church Builder for US$87.5m. Operating cashflow increased 145 per cent to US$57.6m in FY2021.

Matthews also reiterated Pushpay’s plan to expand from its traditional customer base of US Protestant churches to the Catholic sector, adding new details.

The CEO said Pushpay would spend US$6m to $8m over the next year in product development and marketing as it targets “68 million parish-connected Catholics and 16,703 parishes” in the US.

Matthews said Pushpay’s long-term goal was to acquire more than 25 per cent market share in the Catholic segment by Parish.

Analysts were divided on the meaning of new competition for Pushpay on the eve of today’s earnings report.

Pushpay more than doubled its market cap to $2.3b during 2020, but the share price has eased back during 2021.

There has been a general pull-back for tech stocks recently, but with its customer growth slowing, Pushpay has also faced questions about new low-cost competitor Tithe.ly.

But in a May 5 note, Craigs Investment Partners’ Stephen Ridgewell said investors should keep the faith. The Craigs analyst sees the Tithe.ly threat as over-egged – although he maintained a neutral position on valuation.

Who’s right could be revealed tomorrow, when Pushpay reports its numbers for the year to March 31, 2021.

In the faith sector, like so many others, the pandemic accelerated digitisation. With no plate to pass during a real-life service, congregations who had reconvened on Zoom adopted Pushpay.

In his April 9 research note, Foulkes – a former Pushpay bull – seemed to have lost his faith in the company. The analyst, who downgraded the company to underperform, said it had blown its chance to capitalise on its market dominance during the pandemic.

“Instead, our recent research suggests that over the past 12 months Pushpay has lost significant ground to its competition, with Tithe.ly growing its churches by 12,000 [in the first half of FY2021] while Pushpay grew by 309.”

Foulkes said the premium-price Pushpay was losing out to lower-cost opposition (Tithe.ly is one third of the price), reducing its market share in large congregations from 58 per cent to 52 per cent over the year to March.

But citing rival statistics, Craigs’ Ridgewell said while Tithe.ly is Pushpay’s “highest profile and fast-growing competition, it has not increased market share in large churches – indicating its growth is skewed to smaller churches not targeted by Pushpay”.

Pushpay, which has made nearly all of its revenue so far from Protestant churches in the US, has recently said it sees Catholic congregations as an area for growth.

However, unlike when it began in the Protestant segment, Pushpay faces an incumbent in that market: the Nasdaq-listed Blackbaud. And Foulkes notes the situation is further complicated by the fact that a lot of Catholic giving is funnelled through Catholic schools.

But here, again, Ridgewell takes the opposite stance.

“Pushpay appears well-positioned to take share against weak competition in the space,” he says.

However, Ridgewell also acknowledges that Catholic congregations, with total giving of around US$5.1 billion last year, are a “noticeably smaller target addressable market” than Protestant churches on around US$7.0b.

Pushpay shares have recently been on a slide against the background of the analyst debate over the Huljich family selling the remainder of their cornerstone stake, the company announcing its third CEO in 24 months as the Seattle-based Molly Matthews took the reins in an internal promotion, and a general tech sell-off.

But Pushpay is still forecasting aggressive growth, and emphasising that it has moved well beyond its digital tithing roots with software that can manage communications and every facet of running a congregation.

Pushpay also announced today that former chairman and recent acting CEO Bruce Gordon would retire from the company’s board at its annual meeting next month.

Infrastructure May Be The Next Priority For Biden

Smart investment during a pandemic