Netflix’s South Korean series blockbuster series Squid Game repeated atop Nielsen’s U.S. streaming rankings for the week of September 27-October 3, dominating the Top 10 rankings and becoming only the sixth title to surpass 3 billion minutes viewed in a week’s span. It also marks the best title performance of 2021 in the U.S. rankings.

Last week, Squid Game debuted on the charts at No. 1 with 1.9 billion minutes of viewing. Netflix has said that the series has been seen by more than 142 million households globally; Nielsen tracks only viewing via a TV screen and only in the U.S., which means most Squid Game views are not reflected by the measurement firm.

In a first since Nielsen launched the rankings, all five streamers tracked by the measurement firm have titles in the Top 10 Original SVOD Programs chart for the last week of September. (The data is released after a nearly monthlong delay, by arrangement with streaming providers). Apple TV’s Ted Lasso, Disney+’s What If, Hulu’s Only Murders in the Building and Amazon’s Goliath and also are repped on the chart. (Ted Lasso, fresh off its Emmy comedy series win, became the first Apple TV+ series on the Nielsen chart the previous week; its Season 2 finale began streaming October 8.)

HBO Max, aside from a one-off agreement to have Nielsen release viewing for Wonder Woman 1984, has not yet become a regular participant in the weekly streaming rankings.

Netflix has the top five Original SVOD titles for the latest time frame: No. 2 Midnight Mass (1.71B minutes) which grew from its debut the previous week, No. 3 Lucifer (536 million), No. 4 The Great British Baking Show (534M) and No. 5 Sex Education (469M). It also had the top five movies in the rankings, led by the No. 1 title, the Jake Gyllenhaal-Antoine Fuqua thriller The Guilty (469M), good enough to crack the top 10 in the overall SVOD rankings.

In the U.S. streaming rankings short history only five other titles have reached the 3 billion-minutes-in-a-week threshold, all from Netflix: You, Tiger King, Ozark, The Umbrella Academy and The Crown. Ozark did it three times, Tiger King twice.

Here’s the top 10 SVOD Programs chart for the week of September 27-October 3; all are from Netflix:

“No One Has Been Ruled Out”, DA Says Of Potential Charges; Search Warrant For Prop Truck: The Latest

Touts “Framework” Of Spending Plan But Says “No One Got Everything They Wanted, Including Me” 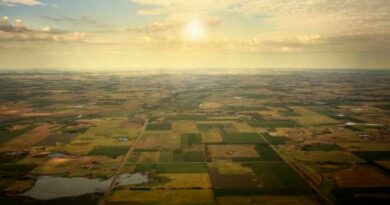 COVID-19: The Safest County in the Safest State

Singapore Airlines latest to get massive rescue amid coronavirus crisis