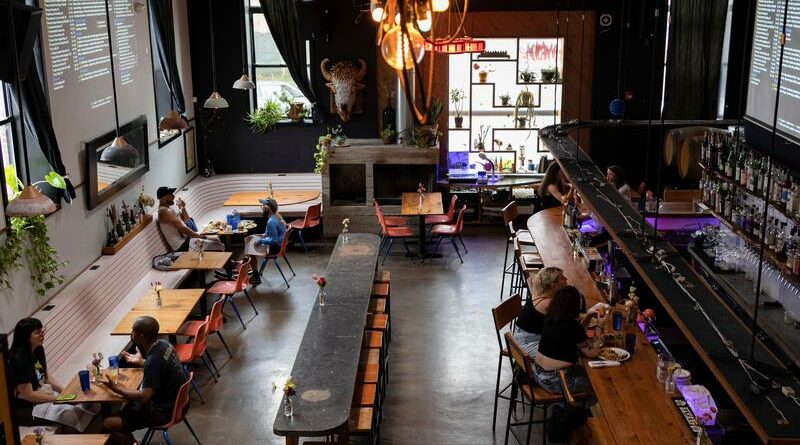 The significantly improved public health picture appears to be lifting the labor market, with other data on Wednesday showing an acceleration in private payrolls growth last month. The reports suggested the economy was regaining momentum early in the fourth quarter after being restrained by the Delta variant of the coronavirus and shortages last quarter.

“The recovery is continuing in the fourth quarter, but supply-chain disruptions and hiring difficulties will continue to constrain growth,” said Gus Faucher, chief economist at PNC Financial in Pittsburgh, Pennsylvania. “Labor supply should pick up in the months ahead, but it will take months for supply chains to return to normal.”

The Institute for Supply Management said its non-manufacturing activity index vaulted to a reading of 66.7 last month. That was the highest since the series started in 1997 and followed a 61.9 reading in September. A reading above 50 indicates growth in the services sector, which accounts for more than two-thirds of U.S. economic activity.

Economists polled by Reuters had forecast that the index would edge up to 62.0. The summer wave of infections driven by the Delta variant has subsided, encouraging more consumption of services like air travel and dining out.

The ISM survey’s measure of new orders received by services businesses soared to a record last month. Spending is shifting from goods to services. Strengthening demand for services boosted hiring in the leisure/hospitality sector, leading to a pick-up in private payrolls.

Economists had forecast private payrolls would rise by 400,000 jobs. The ADP report is jointly developed with Moody’s Analytics and was published ahead of the Labor Department’s employment report for October, which is due on Friday. But it has a poor record predicting the private payrolls count in the Bureau of Labor Statistics’ more comprehensive and closely watched employment report because of methodology differences.

Still, the report was consistent with an improvement in other labor market indicators in October, leaving economists confident that overall job growth picked up in October, though persistent worker shortages remain a challenge. There were 10.4 million job openings at the end of August.

According to a Reuters poll of economists, private payrolls likely increased by 400,000 jobs in October. With government hiring anticipated to have rebounded by 50,000, that would lead to overall payrolls rising by 450,000 jobs. The economy created 194,000 jobs in September, the fewest in nine months.

Part of the jump in the ISM services sector index in October reflected longer delivery times. The survey’s measure of supplier deliveries accelerated to a reading of 75.6 from 68.8 in September. A reading above 50 indicates slower deliveries.

A lengthening in suppliers’ delivery times is normally associated with a strong economy and increased customer demand, which would be a positive contribution to the ISM non-manufacturing index. In this instance, however, slower supplier deliveries indicate perennial pandemic-related shortages.

That was underscored by the survey’s measure of prices paid by services industries, which raced to 82.9 from a reading of 77.5 in September. Longer delivery times and higher prices mirrored the findings of the ISM’s manufacturing survey published on Monday and added to signs that high inflation could be persistent.

The Federal Reserve announced on Wednesday that it would start trimming its monthly bond purchases this month, but held to its belief about high inflation being transitory. Inflation is well above the Fed’s flexible 2% target.

The government reported last week a record surge in wage growth in the third quarter. A report on Tuesday showed the residential rental vacancy rate fell last quarter. Wages and rents are the most sticky components of inflation.

With raw materials and labor in short supply, unfinished work at services industries continued to pile up.

Though the ISM survey’s measure of services industry employment dropped for a third straight month, it remained in expansion territory. At face value, that suggests national job growth remained moderate in October.

But signs the labor market recovery is regaining traction are mounting. Initial claims for unemployment benefits have dropped below 300,000 for the first time since the coronavirus pandemic barreled through the United States about 20 months ago.

The Conference Board’s labor market differential – derived from data on consumers’ views on whether jobs are plentiful or hard to get – hit a 21-year high. 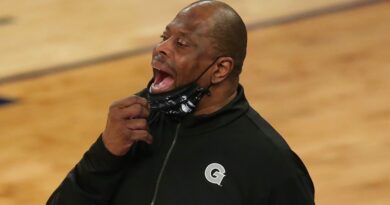 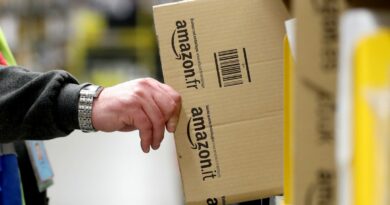 Amazon to create more than 10,000 new UK jobs this year

This $46,000 snow crab is the most expensive in the world