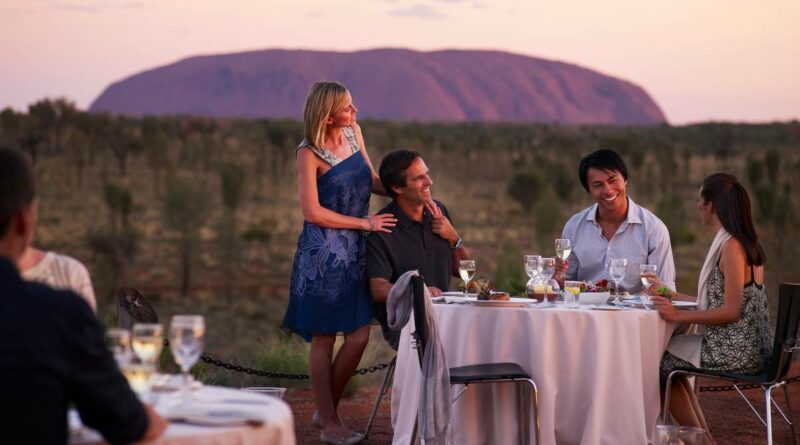 Airports and airlines are gearing up for the delayed announcement on the timing of a quarantine-free transtasman bubble with red and green zones in place and increased capacity already in the system.

Prime Minister Jacinda Ardern on Tuesday will make an announcement on the arrangement with Australia.A two-way bubble with the Cook Islands is scheduled to start some time in May.

Deputy Prime Minister Grant Robertson has said last week’s community outbreak in Queensland wouldn’t change the timing of a bubble but was an example of why the Government had taken its time to get procedures.

In the event of an outbreak,New Zealand could make take a state by state approach.NZ Airports says its members ”couldn’t be keener” to get quarantine-free travel to Australia and the Cook Islands going.

”They have been ready for some time to meet requirements for red and green traveller separation and health requirements such as cleaning and signage, and I’m confident they will achieve any final sign-offs from the authorities in short order,” said chief executive Kevin Ward.

Booking site Bachcare reports a surge in Australians booking ahead of a bubble opening.

Air New Zealandplans to operate additional quarantine free flights from Auckland to Sydney, Melbourne and Brisbane from April 12 to April 18. The airline will increase frequencies from Auckland, Wellington, Christchurch, and Queenstown to all nine Australian ports from April 19 to October 30, initially operating at 65 per cent of pre Covid-19 capacity.

The Auckland to Hobart – a 10th destination – will not be available for sale until a two way safe travel zone has been announced.

Qantas has been flying a skeleton service for the past year but says with subsidiary Jetstar it will be adding ”significantly” more flights between Australia and New Zealand across a number of routes, flying to all its pre-Covid destinations.

It will initially target frequent flyers when a two way bubble starts.Travellers from New Zealand have been able to enter many Australian states quarantine-free but those coming into this country are required to quarantine for 14 days.

”Once the start date is confirmed, thousands of seats across all cabins will be available to be booked as Classic Flight Rewards over the 72-hour travel period. Customers can also pay for these seats.”

Qantas Loyalty chief executive Olivia Wirth said the initiative would reward the programme’s Australian and New Zealand members who have continued to build their points balance during the pandemic in anticipation of international travel resuming.

”Our members have been stockpiling points during Covid for exactly these opportunities and we want to help make it easier to get on one of the first international flights,”Wirth said.

For the remainder of the year, there will also be more reward seats available including during peak times like Christmas and school holidays on Qantas’ trans-Tasman flights.

“Eighty per cent of Qantas Frequent Flyers have said they want to use the points they have been stockpiling on travel,” said Worth.

Air New Zealand has for some time been preparing for the start two-way travel between this country and the Cook Islands and across the Tasman.

This included rehiring and retraining more than 300 cabin crew, bringing back a number of airport staff, getting ground handlers back on board to ensure a smooth process for our aircraft and customers on arrival and re-openinginternational lounges.

Cook Islands and Australia flights in particular will be a key part of Air New Zealand’s financial recovery although it still faces a heavy full year loss.

In February it carried just 12,000 passengers on Tasman and/Pacific routes, 95.7 per cent on the 283,000 it carried in the same month last year, just as the pandemic hit.

Its long haul network – about 40 per cent of its business – has largely been wiped out by the pandemic and will struggle to restart this year.

In 2019Air New Zealand had a 37 per cent of share of capacity on the Tasman, Qantas had 26 per cent, Virgin Australia 18 per cent, Jetstar 10 per cent and the remaining 9 per cent was shared between other carriers.

Virgin Australia pulled off the Tasman 12 months ago but is returning and is selling seats from June.

Flight Centre says its has experienced an increase in customer inquiry for Australia and the Cook Islands, as well as some advance bookings, especially from those who have been eagerly awaiting a chance to safely visit friends and family.

“We’ve had a number of customers book one way to Australia following the release of increased trans-tasman airline capacity, many with the intent to book a return flight once the government confirms dates,” a company rep said.

There is some concern around potential lockdowns, which aren’t currently covered by any travel insurance policies, but Flight Centre’s insurance provider CoverMore does offer cover for most other Covid-19 related disruptions including a customer or close contact contracting the virus.

New data shows an increase in speculative bookings from Australia of baches in New Zealand is up 117 per cent during the last month over the month before.

Bachcare spokeswoman Zaina Razzaq said figures showed a marked increase in Australian travellers researching and booking accommodation across the Tasman – despite not having a confirmation of a quarantine free travel bubble.

She says unlike previous years where the focus was on ski holidays, the new figures show Australians are seeking regions known for their beaches, food and wine instead of places such as Queenstown and Ohakune.

“At this time of year, we would typically be seeing an influx of Australian’s booking their accommodation for a midwinter ski holiday,” said Razzaq.

She said holiday home bookings from across the Tasman are being made for as early as this month with others concentrated around the summer of 2022.