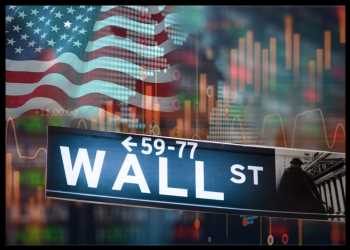 Stocks turned in a lackluster performance for much of the trading day on Monday before rallying in the latter part of the session to add to the strong gains posted last Friday.

The Dow benefited from a strong gain by Walgreens Boots Alliance (WBA), with the drugstore chain surging by 4.1 percent to its best closing level in almost three months.

The jump by Walgreens came after affiliate VillageMD agreed to acquire Summit Health-CityMD, a leading provider of primary, specialty and urgent care, for approximately $8.9 billion.

The broader markets benefited from late-day buying for the second straight session, with below average volume potentially exaggerating the upward move.

Earlier in the day, traders seemed reluctant to make significant moves ahead of the U.S. midterm elections on Tuesday and the release of consumer price inflation data on Thursday.

The midterm elections will determine whether Democrats maintain control of Congress, while the inflation data could impact the outlook for interest rates.

Oil service stocks moved sharply higher on the day, driving the Philadelphia Oil Service Index up by 2.9 percent to a five-month closing high.

The rally by oil service stocks came despite a decrease by the price of crude oil, as crude for December delivery slid $0.82 to $91.79 a barrel.

Transportation stocks also turned in a strong performance on the day, resulting in a 2.0 percent jump by the Dow Jones Transportation Average.

Meanwhile, the major European markets turned in a mixed performance on the day. While the U.K.’s FTSE 100 Index fell by 0.5 percent, the French CAC 40 Index ended the day nearly unchanged and the German DAX Index rose by 0.6 percent.

In the bond market, treasuries slid firmly into negative territory after initially showing a lack of direction. As a result, the yield on the benchmark ten-year note, which moves opposite of its price, climbed 5.8 basis points to 4.214 percent.

Amid another quiet day on the U.S. economic front, the spotlight may shift back to the latest earnings news as traders await the results of the elections.

Pamela Anderson To Make Broadway Debut In ‘Chicago’ Next Month