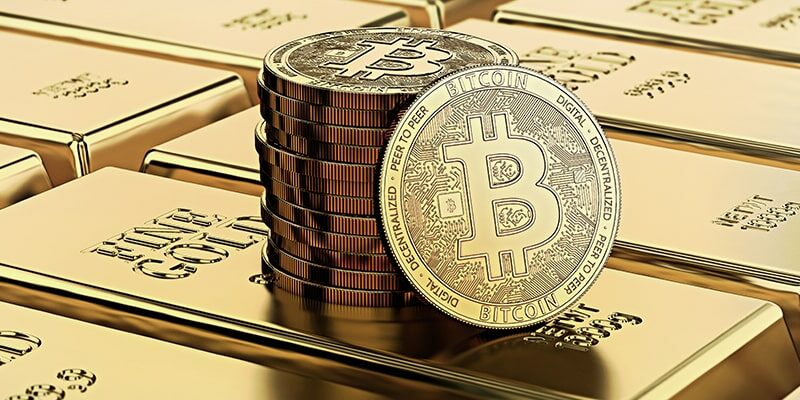 Bitcoin crossed the market cap of $1 trillion on Friday after the recent rally triggered by huge institutional demand. The world’s largest cryptocurrency has crossed 10% of the total value of mined gold.

According to the data compiled by Gold.org, the precious metal has a total market cap of around $10 trillion. As of writing, gold is trading near $1,800 and the price of one Bitcoin is around $56,000. The value of one BTC is nearly equal to 1 kilogram of Gold.

Over the past 24 hours, 17,700 BTC worth over $1 billion has left Coinbase. Finance Magnates reported a crypto transfer involving the movement of 2,292 BTC worth over $100 million from Coinbase to an unidentified digital wallet.

Leading investment firms around the world are treating Bitcoin as a hedge against the weaker US Dollar. Tesla recently announced its $1.5 billion Bitcoin investment and MicroStrategy raised nearly $1 billion to purchase more BTC.

Ray Dalio, the founder of Bridgewater Associates, recently said that Bitcoin has characteristics like gold. “I think that bitcoin (and some other digital currencies) have over the last ten years established themselves as interesting gold-like asset alternatives, with similarities and differences to gold and other limited-supply, mobile (unlike real estate) store holds of wealth. So, it could serve as a diversifier to gold and another such store hold of wealth assets,” Dalio said. The relationship between gold outflows and crypto inflows remained evident in the last few months. The precious metal reported significant outflows during the couple of months and Bitcoin reported major inflows during the same period.

The total market cap of cryptocurrencies jumped above $1.7 trillion today after the recent rally in Bitcoin, Ethereum, Binance Coin, XRP, and other digital assets.

Top 10 Cryptocurrency Companies That Are Going Live In 2019