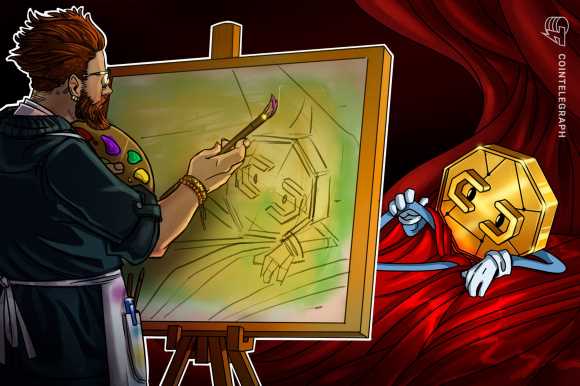 An early 20th century master who boasts a permanent installation at the Museum of Modern Art is about to get new life on the blockchain.

In collaboration with NFT marketplace Mintable, the family of Wladimir Baranoff-Rossine will be releasing a collection of the esteemed Cubo-Futurist’s work. There will be a number of paintings digitized as 1000-print drops, three digitized NFT piece auctions, and one hybrid NFT/physical painting auction set to send the highest bidder both a physical Baranoff-Rossine original painting as well as an NFT image of the work.

“This is historic, we’ve never had something like this in the NFT ecosystem before,” said Burks. “NFTs have been around for three years now, at least on Ethereum, and there’s never been a piece of fine art tokenized. It’s always been something we’ve discussed in the NFT ecosystem, but it’s never actually been accomplished, and especially not from someone who holds such a legacy as Wladimir Baranoff-Rossine.”

Baranoff-Rossine’s grandson, also named Wladimir, said that the physical art/blockchain mashup fits well with the Russian’s legacy. Baranoff-Rossine was an inventor as well as a sculptor and painter, and was known for avant-garde experiments and pieces that fused sound, color, and technology, such as the “octophonic piano”.

Burks and Baranoff-Rossine’s grandson noted that Mintable is expecting interest from fine art collectors, newly-rich Ethereum whales, and casual collectors all. However, given the absurd $69 million price Beeple’s “Everydays: The First 5000 Days” recently fetched at Christie’s auction house, Burks believes the bidding will come down to a war between a NFT collector and a fine art collector, given how the mashup can appeal to both worlds:

“For me, obviously, I run a NFT marketplace, I like NFTs I collect NFTs, and when I see this, I wanna buy it. I want to hang this on my wall, I want to have a piece of historic art in my house, AND have the NFT. That’s the beauty behind this drop.”

Many in the art world have been fussy about crypto’s recent incursion, grumbling that the work digital and NFT artists have put forth is childish or otherwise beneath their attention. It’s a response that has significant historical parallels, including with Baranoff-Rossine: while critics and the press were dubious about his work at the time, one of his sculptures is now part of the permanent collection at the MoMA.

When asked if Baranoff-Rossine would be participating in the current NFT art revolution were he alive today, his grandson responded enthusiastically in the affirmative.

“Absolutely. It’s something which he did his whole career, so yes absolutely, I think that’s what’s exciting about blockchain,” he said. “The other thing as well is, as an artist, the most important thing you want people to see you work, whether you’re dead or alive, so the whole art scene in blockchain technology and the NFT space is just bringing a lot more eyes to the collection.”

The drop will feature a variety of pieces with different price ranges. The primary auction will be the physical painting tied to the NFT (the winner will have the painting mailed to them), as well as three other auctions for digitalized works, and six “open editions” — 1,000 fixed-price digitized pieces.

Other experiments, such as a burnt Banksy artwork that was reanimated on-chain as a NFT, have involved destroying the physical piece or finding ways to tie the physical and digital works together, such as with a microchip. However, Burks believes that simply creating the NFT loosely associated with the physical piece yields benefits in terms of reduction in paperwork and provenance bookkeeping.

Hybrid physical work and NFT releases also seem to be on the rise: last week, Cointelegraph was first to report that legendary British artist Damien Hirst would be releasing a NFT project titled “The Currency.”

It appears that the people criticizing the new technology will be the ones collecting it soon enough.