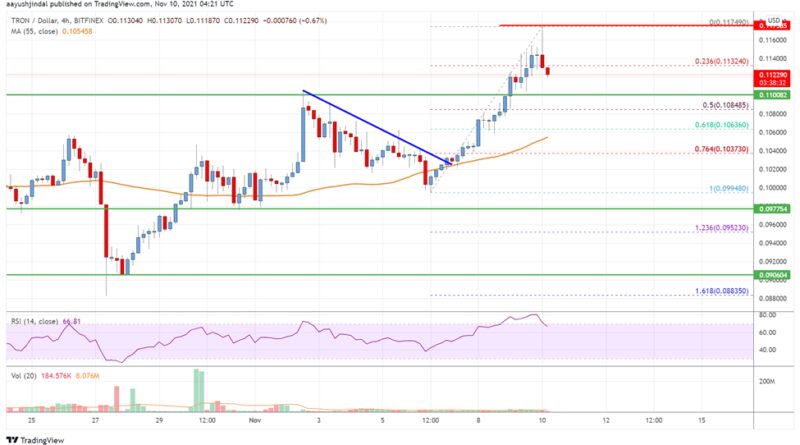 TRON price remained well bid above $0.1050 against the US Dollar, similar to bitcoin. TRX price is rising and it could continue to rise above the $0.1200 level.

After a close above $0.1000, tron price started a fresh increase against the US Dollar. TRX price surged above the $0.1050 and $0.1120 resistance levels to move into a positive zone. The chart indicates that TRX price is now trading above $0.1050 and the 55 simple moving average (4-hours). Overall, the price correcting gains, but dips are likely to be limited below $0.1100.

4 hours MACD – The MACD for TRX/USD is slowly losing momentum in the bullish zone.

IG Leads US FX Market in Growth, Expects to Continue in Q2

Crypto Adoption is Like Internet in 1990s With 50M+ Users, Massive Potential Left