Home » Why 10,000 BTC Pizzas Were A Great Deal And How Phemex Is Making It Better

We all know the story – in May 2010, Laszlo Hanyecz, a programmer from Florida involved in Bitcoin’s early development, purchased two pizzas for 10,000 BTC. Before the existence of reliable cryptocurrency exchanges, Bitcoin trades were conducted in the only way possible – direct communication. In fact, for the first year of Bitcoin’s existence, most transactions were made across discussion boards and Internet Relay Chat rooms.

Bitcoin is an ingenious solution to a problem humans have been trying to solve for generations, and though it will always have its skeptics, the cryptocurrency industry is a far less risky space to invest than a decade ago.

Around then, BTC price was worth less than a cent, making any meaningful Bitcoin trade involve transfers of thousands of BTC – worth millions today. But if the people trading cryptocurrencies in the early days truly believed in the technology behind them, why would they sell when it could all appreciate into a fortune one day? Truth be told, this is what most early investors did – HODL.

Today, those who held on to their digital assets are proud they persevered, having become rich seemingly overnight to the outside world. Blockchain technology has grown leaps and bounds over the last decade, and with the industry pumping out innovative applications year after year, there’s still so much room to grow.

However, while early investors in the space are celebrated for making it big by staying put, it’s those who spent Bitcoin when it was worth nothing that gave BTC the fuel it needed to moon. Purchases like Laszlo’s kickstarted the burgeoning Bitcoin economy of today, and it’s because people spent assets back then that they’re worth anything at all today.

The Singapore-based Phemex exchange recently amassed 1 million users on its global crypto trading platform, reporting a 156.9% growth in the number of traders on the exchange in Q1 this year alone. Phemex also reported a 465.2% increase in trade volumes this quarter compared to the Q1 last year, and has been consistently adding features, upgrading the platforms, and engaging with the community to ensure an optimal experience.

With Bitcoin Pizza Day coming up this month, the team at Phemex have also created a lucrative opportunity for both Laszlo Hanyecz himself and the Phemex community as a whole. According to reports, Hanyecz has no misconceptions nor regrets about his actions, but while the Bitcoin programmer is most famous for his purchase of pizzas, little know of his significant contributions to Bitcoin’s mining algorithm.

Before Bitcoin Pizza Man arrived on the scene, the only way to mine the digital asset was using a computer processor or CPU – much slower than the application-specific integrated chips (ASICs) used today. However, Laszlo developed a program that enabled people to mine Bitcoin using their graphics cards (GPUs), which are much more powerful than CPUs for mining cryptocurrencies. Soon after, the race for more processing power had begun.

Today, entire warehouses packed with ASIC-based systems run with near-zero downtime to keep the network afloat, but it was the noticeable increase in efficiency from shifting to GPUs that started it all. Laszlo is a relatively unsung hero of the Bitcoin world, and to change that, Phemex has come up with an interesting way to celebrate his purchase’s anniversary.

As a way of giving back to the man who made the first real-world Bitcoin transaction, Phemex is offering Laszlo an opportunity to spend his 10,000 BTC, but this time he makes a profit. Recently, the Singapore-based exchange launched their Earn Crypto platform – an asset management service that enables traders to receive up to 10% APY in interest up to 1.5 million USDT.

By depositing 10,000 BTC into Phemex’s Earn Crypto platform on May 22, Hanyecz would earn nearly $110,000 in a single day – and he’ll get to keep all of it. Right now, the team at Phemex is still trying to get word out to him, but the platform is open to any user who wants to avail the offer.

In the months that followed, Hanyecz bought pizza nine more times, spending a total of 100,000 BTC in one summer. In fact, according to a post on the original Bitcointalk thread, the only reason he stopped was that the network’s popularity meant he couldn’t generate thousands of tokens every day from his home desktop. 10,000 Bitcoin is a lot of money, but the effect of his purchases spread far wider than just his dining room.

The primary focus here shouldn’t be that he spent tokens potentially worth millions, or that the pizzas weren’t worth it. The point here is that he bought something with Bitcoin. In retrospect, it was definitely worth spending the money back then, and with events like Phemex’s celebration of Bitcoin Pizza Day, he’s probably glad he did.

Top Airlines that Accept Bitcoin as a Payment Method 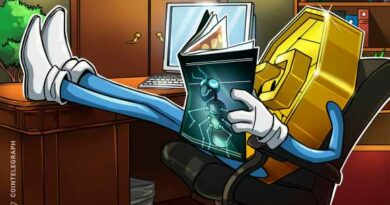