Home » Crypto » With More Than 8,000 People Gathered, What Did We Learn from 2021 World Blockchain Conference?

This is the largest blockchain industry summit ever held in Hangzhou.

In Hangzhou in July, this blockchain super gathering brought unprecedented blockchain enthusiasm to Hangzhou and also created many data miracles.

Keynote speeches on the main agenda: 43

Panels on the main agenda: 15

Xinhua News Agency, Caixin, Caijing, Tencent Finance, Zhejiang TV and other media reported on-site, and the media inside and outside the industry announced that the total number of views exceeded 25 million.

Following are some of the wonderful views expressed by some guests during the conference:

Sam Bankman-Fried (SBF), co-founder and CEO of FTX: One big thing that we’re seeing not just in DeFi, but actually across all of crypto is institutions are starting to get involved. And as we talk to banks, mutual funds, pension funds and a whole host of financial institutions, we hear really consistent thing, which is that they were not previously involved in crypto, now they will be even if they don’t know exactly how.

Vitalik Buterin, founder of Ethereum: So today, Rollups can scale up to about 4,000 to 5,000 transactions per second. If hypothetically, the entire Ethereum ecosystem works us which to Rollup, but with a data shards, we have maybe 20 to 50 times more space. It would be possible for Rollups to go up to 100,000 transactions per second and in the future, even more than that.

Jiang Xuxian, founder of Peckshield: First, in the first half of 2021, the scale of unregulated outbound assets reached $28.3 billion. The recent introduction of strong regulatory measures has gradually reduced the scale; second, the loss of major virtual currency security incidents reached $14.24 billion in the first half of this year. The growth rate of blackmail losses reached 2585% compared to the same period last year; third, the major public chain DeFi applications and protocols explode, but DeFi security incidents also accounted for 60% of hacking incidents, we also believe that security has become the major cornerstone of DeFi chain protocol to maintain ecological stability.

Jin Ge, Vice President of Ant Group Intelligent Technology Business Group: With the advent of large-scale industrial applications, to truly apply blockchain to scenarios to solve customer problems, multiple technologies must be integrated. Both technologies at the bottom of the large-scale network are needed to improve the efficiency of consensus, and technologies such as privacy computing are needed to solve the deficiencies of blockchain in large-scale data joint modeling and data federation learning, and technologies similar to AI and IOT are also needed. To solve the connection between the physical world and the digital world. Therefore, before the arrival of large-scale industrial applications, the integration of multiple technologies to solve business problems is an inevitable development trend.

Robert Leshner, founder of Compound Finance: In the next few years, we will see a large number of assets that have not previously appeared on the blockchain are incorporated into the blockchain. Real-world currencies and real-world stocks are the two best examples. I think these projects will push DeFi forward and increase the value of DeFi without relying on existing crypto assets such as Bitcoin and Ethereum. In my opinion, this marks some incredibly positive changes in DeFi and will provide tremendous flexibility for this system and the birth of this system.

Amber, head of Dapper Labs in China: First of all, what I am looking forward to is the development of programmable art. The current programmable tools on the market have very limited space, and there is still room for exploration in this field; secondly, I think the ultimate form of crypto art in the future is what we broadly believe, that is game, video game integrates graphics, music, architecture and sculpture, narration, and is combined with unique rules and interactive expressions, which opens up the boundary between creators and viewers, which is in common with crypto art. 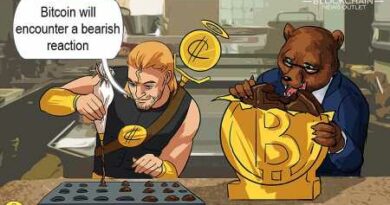 Bitcoin Struggles To Break the Overhead Resistance at $52,000 as Buyers Continue Their Unending Price Tussle

Crypto Trader Says Bitcoin Will Drop To $3,500 Before We See a Major Bull Run