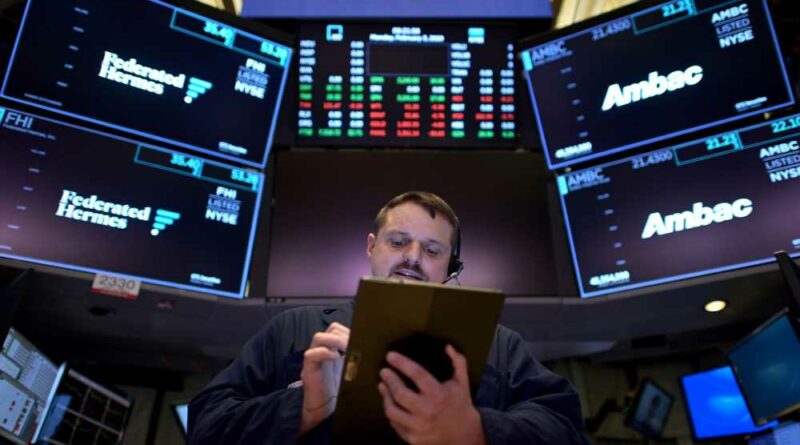 NFTs getting a closer look from FINRA

President Biden’s budget proposal reportedly assumes that stiff new increases in capital-gains taxes took effect in April. That’s a surprise to many policy wonks, and some say the silence that has greeted the news is unsettling.

According to a Thursday report by the Wall Street Journal, taxes on capital gains for households making more than $1 million will skyrocket to 43.4 percent from the current 23.8 percent, effective retroactively to last month. He’s also planning to change the rules on unrealized capital gains held until death.

It’s the reported timing that was rocking the Beltway on Thursday. Optimists had reckoned that retroactive tax hikes are rare — as are hikes that take effect in the middle of a calendar year. (See the Clinton administration and World War I for precedents.)

But while tax lawyers and accountants are getting deluged with calls from stressed-out clients, markets have barely batted an eye. It may be that investors are clinging to the hope that it’s Congress that will ultimately decide, but the calm market response may be bad news for tax haters: A source close to the situation suggests the White House may be testing the waters by leaking the idea to the WSJ report before moving forward.

Key congressional Democrats aren’t ruling anything out. People close to top legislators say no decisions have been made but that Congress will likely follow the Biden administration’s lead. Political risk analysts are telling clients to watch Speaker Pelosi, Senate Majority Leader Schumer and Chairman of the Ways and Means Committee Richard Neal.

“If any key Democrat directly or indirectly comes out and says we think it’s a good idea — then the market has to take it more seriously,” said Charles Myers of Signum Global Advisors. Myers adds he thinks the likelihood of retroactive taxes is greater than 50 percent but notes the Biden administration may settle on a lower rate for capital gains — like 30 percent instead of the proposed 43.4 percent.

The White House isn’t the only one floating retroactive taxes. New York state has proposed a tax hike that will be implemented retroactively to Jan. 1, 2021.

Still, others aren’t taking this news as well as the markets. “Biden is the most anti-taxpayer administration in history,” says James Lucier, managing director at Capital Alpha, a Washington-based policy research outfit.

Got a tip for On the Money? Email us at [email protected]