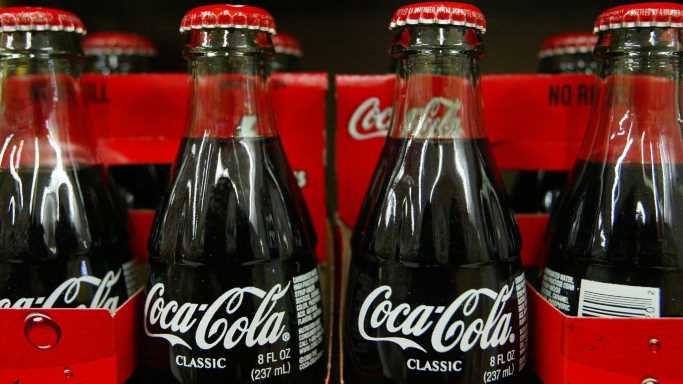 On Wednesday afternoon post market close, Warren Buffett’s Berkshire Hathaway in a Form 4 filing with the SEC disclosed the purchase of another ~6 million shares in Occidental Petroleum (US:OXY) from Monday to Wednesday.

The purchase comes as OXY’s share price retraced over -20% lower from late August through to late September due to the falling oil price and weaker equity markets.

This latest brings Berkshire’s total OXY share count to around 194 million or ~21.5% ownership of the company. On average, the fund paid $58.79 per share for the latest tranche. The fund has already made a 4.5% gain on the shares purchased as OXY’s stock rebounded over the week

In addition to the ordinary equity, Berkshire owns 83.9 million OXY warrants bringing the right to purchase additional shares. If all warrants were exercised, Berkshire would own a staggering 30.8% in the company.

Despite the recent pullback with energy markets, OXY’s share price remains up almost 100% since the beginning of the year.

So what is Berkshire’s plan with Occidental? Will they eventually launch a takeover offer?

According to a tweet last week, another activist heavyweight Carl Icahn lashed back at the energy producer in the market saying “sure wouldn’t buy Occidental Petroleum stock at this point”

OXY is only one of the many trade movements made by the Berkshire Hathaway fund during the quarter.

According to the Fintel research platform, the largest net increase for the fund has been in beverage company Coca Cola Co (US:KO). Berkshire increased its weight in the portfolio by +1.56% to 8.38% of the total fund.

KO has outperformed the broader market in 2022 with shares trading -3.9% lower year to date vs the S&P 500 which is down -22.5% in the same period. The stock has sticky earnings and generates a healthy profit while paying a 3.1% annual dividend, making it a solid defensive play in a rising rate environment.

The funds other consumer staples position in Kraft Heinz (US:KHC) was topped up by +0.61% to 4.14% total allocation in the fund.

Berkshire also increased their portfolio allocation in another energy conglomerate Chevron Corp (US:CVX) by +0.66% to 7.78% of the total fund. The CVX position is almost double the size of the OXY position.

The E-sports and gaming company Activision Blizzard (US:ATVI) attracted a +0.36% bump in portfolio allocation to 1.77% of the fund.

The largest decreases by the fund were in Apple (US:AAPL) where Berkshire trimmed -2.02% of the portfolio allocation in the tech giant. The tech conglomerate remains the largest company holding with a giant 40.76% weighting.

The fund also offloaded 10% of their Bank of America (US:BAC.PRB) preference share position to 10.47% of the total fund. The preference shares have traded lower over September, following the banks share price movements.

The weight in General Motors (US:GM) was trimmed by -0.19%, reducing the portfolio allocation to 0.56% of the fund. General Motors has recently sold off after staging a 35% recovery that had been gathering pace since early July.

This article originally appeared on Fintel

Aussie, kiwi, and yuan fall on worries about second wave of coronavirus