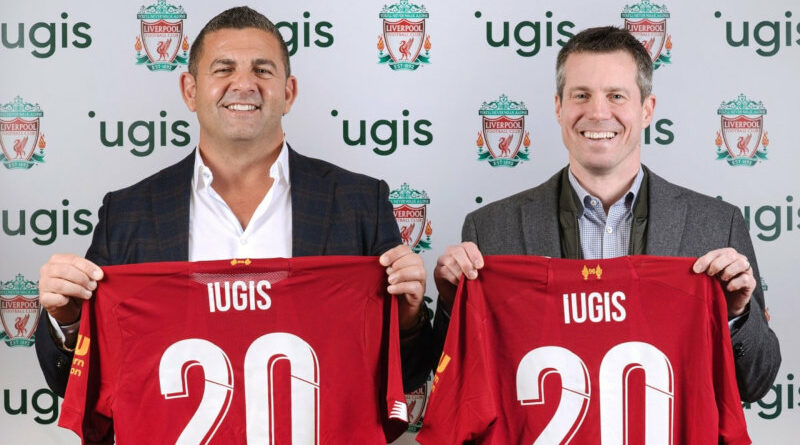 The company that alleged fraudster Bill Papas planned to list on the ASX and that sponsored Liverpool Football Club was woefully unprofitable, and would likely never have been solvent if it hadn’t received millions in dollars allegedly stolen from Westpac and other lenders.

A damning report into the fortunes of Mr Papas’s Iugis business prepared by liquidators from McGrathNicol shows the promotional claims of the company did not reflect its actual business, with the group only renting out 280 waste digesters to companies around the country. 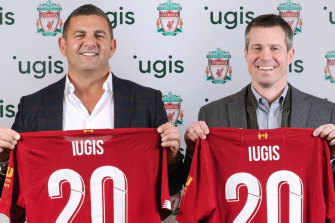 A report found that Mr Papas (left, pictured with Liverpool FC CEO Billy Hogan) was likely involved in fraud much earlier than had been suspected, given Westpac’s allegations only cover the period of 2018 to 2021.

Iugis, which had offices in England and Australia, said it rented out machines designed to convert food scraps into water to notable customers including Liverpool Football Club, Woolworths, Coles, Harris Farm and Melbourne’s high-end restaurant Longrain. The company’s Australian business is in liquidation, while its UK business has not been placed in liquidation but is effectively defunct.

Mr Papas and his finance business Forum Finance have been accused of orchestrating a $500 million fraud on Westpac and other lenders including Sumitomo and Société Générale. The fraud was allegedly done by doctoring up loan agreements and forging customer signatures to make it look like Mr Papas’ companies were supplying vast amounts of equipment to some of the country’s biggest companies such as Coles, WesTrac and Scentre.

The banks allege the fraud began at least in mid-2018, but liquidators suspect the business may have begun its allegedly fraudulent scheme as early as 2013.

Liquidators have received proof of debts from creditors totalling $353 million. Their investigations continue.

The Age and The Sydney Morning Herald have previously revealed Mr Papas’s aspirations to list Iugis on the ASX as the holding company for its waste digesters and other businesses that Iugis had acquired, including a group that specialises in arranging solar panels for large companies like shopping centre owners.

But the report shows Iugis was nearly entirely funded with the proceeds of the alleged fraud on Westpac.

“Iugis was potentially insolvent since its inception in April 2019,” McGrathNicol liquidators Jason Preston, Jason Ireland and Katherine Sozou said in their report.

“Iugis generated insufficient revenue and cash-flow from its legitimate food waste digesters business at any point to meet its financial obligations,” the liquidators said.

“The Iugis entities were dependent on funding from other entities such as FGFS (Forum Group Financial Services) and Forum Enviro, which, based on the investigations of the liquidators, were in turn reliant on funds from the operation of the alleged fraud,” they said.

JPMorgan Says Tariff Hit to Stock Earnings Could Be Even Worse 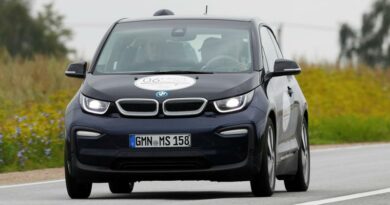