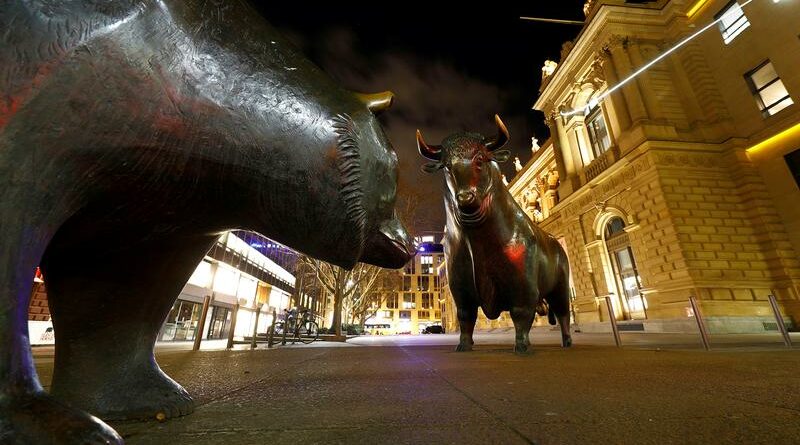 Construction & material stocks were the top gainers, led by a 5.9% surge in France’s Saint Gobain after it said fourth-quarter results would significantly exceed expectations.

Meanwhile, economically sensitive sectors such as mining , energy and industrials extended their rally on the prospects of more U.S. stimulus after Democrats won control of the Senate.

“We highlight that Basic Resources, Construction & Materials have underperformed since the beginning of December and, given their sensitivity to fiscal policy in general through infrastructure investment, they have catch up potential,” Unicredit analysts said in a note.

Renewable stocks are widely considered as winners of a Joe Biden administration, given the U.S. president-elect’s proposed $2 trillion climate plan.

Sentiment was also boosted by European approval for a second COVID-19 vaccine developed by Moderna Inc.

Meanwhile, demand for German-made goods defied expectations, rising 2.3% in November, the latest in a string of data points showing the Europe’s largest economy being unexpectedly resilient in the face of the pandemic.

Among other movers, LafargeHolcim rose 1.4% after the world’s biggest cement maker said it would buy Firestone Building Products from Bridgestone Americas in a deal worth $3.4 billon.

Mitchells & Butlers tumbled 7.6% after the British pub operator said it was exploring an equity capital raise as a new national lockdown shut its sites across England.

Germany Plunges Into Recession With Biggest Slump in Decade