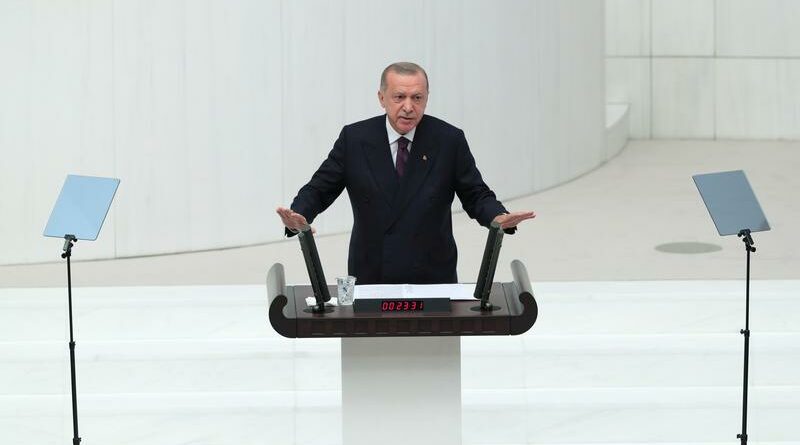 Markets
11/04/2021
FILE PHOTO: Turkey’s President Tayyip Erdogan addresses members of parliament as he attends the reopening of the Turkish parliament after the summer recess in Ankara, Turkey, October 1, 2021. Murat Cetinmuhurdar/PPO/Handout via REUTERS

“Even though international institutions say 9%, we think that we will reach double-digit growth numbers at the end of the year,” Erdogan said in a pre-recorded message.

Sanofi CEO on possible coronavirus treatment hydroxychloroquine: 'Everybody gets access' if effective