Senior executives from Commonwealth Bank, National Australia Bank, Westpac and ANZ appeared before an inquiry into investment in Australia’s export industries on Friday, where they faced questioning by chair George Christensen. 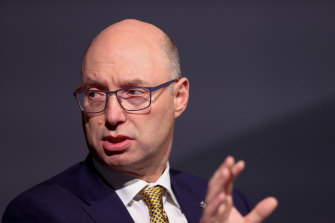 The inquiry was set up following outrage from conservative politicians, including Mr Christensen and Agricultural Minister David Littleproud, over moves by financial institutions including superannuation funds and banks to reduce exposure to carbon-heavy industries.

All major banks have now pledged to align operations with the Paris Climate Agreement, introduced net zero emissions targets and set dates for exiting the thermal coal industry, in an effort to de-risk operations and attract foreign capital.

Executives from the big four banks said they are reliant on international investment, raising between 20 and 30 per cent of total capital from offshore markets each year, and agreed these investors were placing increasing importance on climate risk when making investment decisions.

Mr Christensen on Friday accused the banks of “caving” to foreign pressure and suggested the government could introduce legislation that would ban banks from being able to refuse finance to industries such as thermal coal.

“Wouldn’t it be better for you to go off to your international investors and tell them, ‘Look we know you have concerns but it’s the law? Doesn’t matter how much pressure you put on us, we are not able to exit this sector?’ Wouldn’t that be better?”

NAB chief risk officer David Gall said the ability of Australian banks to access global capital markets is crucial to keeping funding costs low which, “will translate to benefits for Australian businesses, to Australians full stop in terms of the cost of borrowing”.

“I just think in running through that scenario, there are a lot of consequences, maybe some intended, but potentially some unintended, that should be carefully thought through.”

Meanwhile, Westpac’s chief financial officer Michael Rowland said US finds titan Blackrock had made clear it would “reconsider how it allocates capital” if Australian banks do not have clear plans for mitigating climate risk.

“From a Westpac point of view, Blackrock is a major shareholder,” Mr Rowland said. “Australian banks are reliant on overseas capital markets and our institutional investors. They are an important source of funding. Without equity and debt, it’s more difficult for us to lend to Australians.”

CBA’s institutional bank boss Andrew Hinchliff also rejected the allegation the banks had succumbed to investor pressure, rather saying its decision to exit thermal coal was informed by price volatility and financial risks that increase as the world mobilises to address climate change.

“Climate change is certainly a hot topic at the moment for all the right reasons,” Mr Hinchliff said. “There is increasing amounts of science, data and information that’s becoming available to us around this particular topic. It lays out the problem as it relates to climate change relatively starkly. That’s the problem that we all collectively face.”

ANZ’s institutional bank boss Mark Whelan said there were a range of approaches from global and local investors who want greater action on climate change, but agreed it was “certainly going in one direction”.

“Which is they’re seeking to understand what we’re doing and they’re likely to make decisions around that based on their own particular position,” he said. “The questioning is becoming more intensive and more specific. It would lean more to the prescriptive side.”

Mr Whelan added ANZ’s decision to exit thermal coal was driven by technological advancements in renewable energy and geopolitical developments. “We’re seeing companies, governments, regulators, all around the world setting targets… to reduce the use of thermal coal in their power generation.” 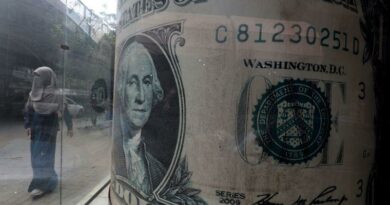