A TikTok activist has designed a bot system to overwhelm a website where abortion opponents can inform on anyone who helps people in Texas get abortions after six weeks of pregnancy, Vice’s Motherboard reported Thursday.

Texas Right to Life launched the online abortion “tip” line﻿ after Texas passed the most restrictive anti-abortion law in the nation, which also allows private citizens to sue abortion and health care providers and collect at least $10,000 if they win. The Supreme Court voted 5-4 Wednesday not to take immediate action to block the legislation.

“McCarthyism-era tactics of turning neighbors against each other over a bill I feel is a violation of Roe v. Wade is unacceptable,” the TikTok user, identified as Sean Black, told Motherboard in an email. “There are people on TikTok using their platform to educate and do their part. I believe this is me doing mine.”

In the video above, Black explains that he came up with a repetitive script to overwhelm Texas Right to Life’s abortion reporting system and make it harder for them to parse through their data. He managed to send 300 site requests before his IP address was blocked, he said.

He then developed an iOS shortcut for the technically challenged, reported Motherboard, which successfully tested Black’s instructions and the shortcut.

Black said he was inspired by TikTok user Victoria Hammett (featured above), who made a viral video for her 750,000 followers, asking: “Wouldn’t it be so awful if we sent in a bunch of fake tips and crashed the site?”

Beyond Black’s strategy, scads of other social media users were doing whatever they could to screw with the tip site — and posting some of their best stuff.

Kimberlyn Schwartz, the director of media and communication at Texas Right to Life, admitted to Spectrum News that the website has been flooded with “fake reports” and “ddos” — bot — attacks. 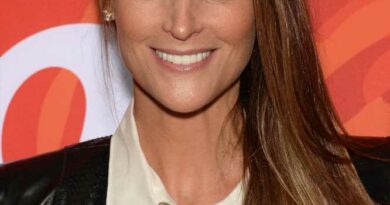