Home » Politics » AOC threatens to tank infrastructure bill without Dems' $3.5T spending plan: It would 'give me pleasure'

Fox News contributor Karl Rove argues that America needs two strong parties to ‘hew more towards the center’ for our nation to prosper.

Asked during a question and answer on Instagram whether progressives were prepared to vote no on the $1.2 trillion infrastructure package if it was not inextricably linked to the larger budget bill, Ocasio-Cortez, D-N.Y., said: "Yes."

"Nothing would give me more pleasure than to tank a billionaire, dark money, fossil fuel, Exxon lobbyist drafted energy infrastructure bill if they come after our child care and climate priorities," she said.

Ocasio-Cortez's comments come amid a brewing fight among Democratic lawmakers over the passage of the multitrillion-dollar spending package after both chambers of Congress approved the blueprint for the bill last month and the Senate-passed infrastructure bill.

At the heart of the division is a fight for control over the size and scope of the spending package. Progressives say that $3.5 trillion is the bare minimum needed to vastly expand the social safety net and combat climate change. Centrists, however, are wary of another multitrillion-dollar bill – funded by a slew of new taxes on wealthy Americans and corporations, no less – after the coronavirus pandemic pushed the U.S. deficit to a record high.

With their incredibly slim congressional majorities, Democrats face a delicate balancing act in pursuing their so-called "two-track" agenda – approving both a bipartisan deal and a reconciliation package that could cost several trillion dollars – or they risk losing the support of either moderate or progressive members.

In the House, where Speaker Nancy Pelosi has just three seats to spare, it's possible the progressive lawmakers could torpedo the bipartisan deal if it's not tethered to the larger reconciliation package that would build as the basis of President Biden's economic agenda and establish health, education and environment programs.

Pelosi last month committed to a Sept. 27 deadline to vote on the infrastructure bill, which includes more than $500 billion in new funding for traditional projects like roads and bridges, in order to squelch a minor rebellion from centrist lawmakers.

"You know the whole thing was a fiasco, to be honest," Rep. Ilhan Omar said after the centrists held up the vote to advance the infrastructure and spending bills.

But progressive lawmakers are seeking similar assurances that the comprehensive spending package doesn't crumble amid some pushback from moderates in both the House and Senate, including Sens. Joe Manchin of West Virginia and Kyrsten Sinema of Arizona. Manchin has called for a "pause" in the reconciliation bill that Democrats plan to pass along a party-line vote.

Other Democrats have blasted Manchin's comments; Sen. Bernie Sanders, the chairman of the Senate Budget Committee, likewise pledged to tank the infrastructure bill unless it was accompanied by the reconciliation measure.

House Democrats are currently crafting the $3.5 trillion bill. Legislation could be released as soon as this soon.

Senate would have 'no choice' but to hold impeachment trial: McConnell 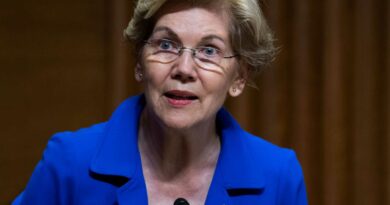