Home » Politics » Biden expected to campaign with Newsom next week, ahead of California recall election 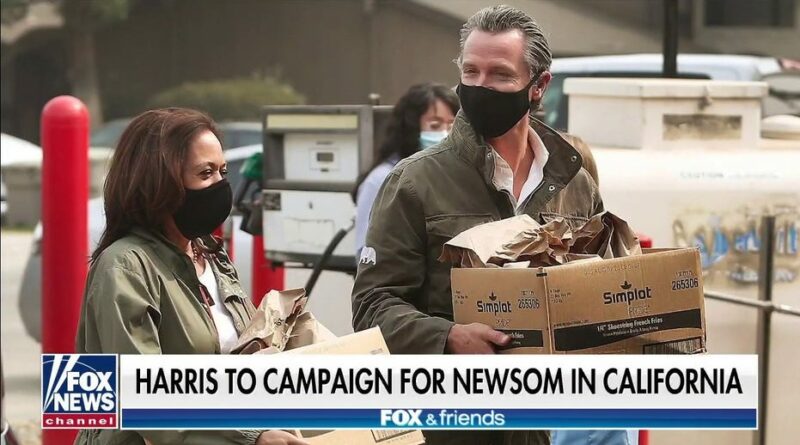 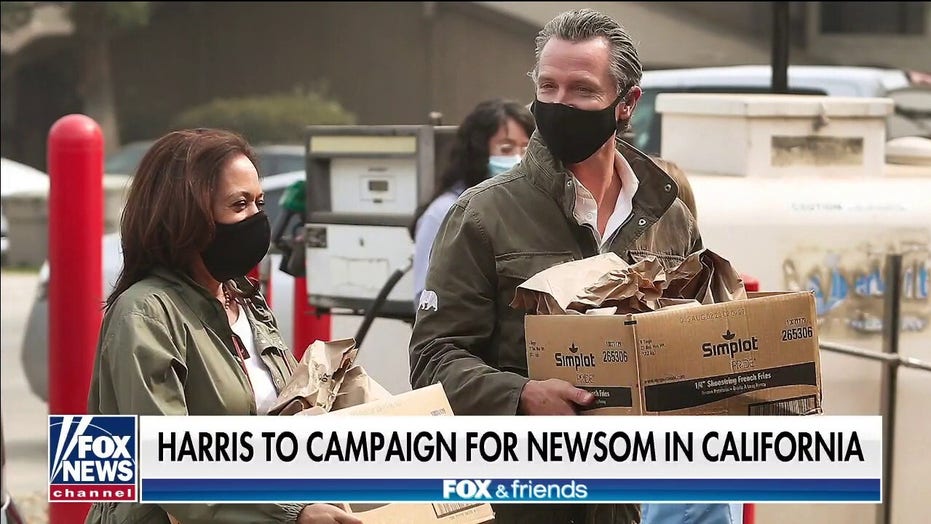 Leo Terrell: Kamala Harris is a detriment to Newsom’s campaign

Fox News contributor Leo Terrell slams VP Harris as she is set to campaign for California Gov. Gavin Newsom ahead of his recall election

With one week to go until ballots must be postmarked, deposited in drop boxes, or handed in in-person in California’s gubernatorial recall election,  Gov. Gavin Newsom is making his closing pitch to save his job steering the nation’s most populous state.

And the embattled Democratic governor is giving a helping hand.

Harris will be the latest high profile national Democratic surrogate to team up with Newsom, after the governor was joined on Saturday in Culver City, California, by Sen. Elizabeth Warren of Massachusetts, a progressive leader who also unsuccessfully ran for the White House in 2020, and on Sunday in Santa Ana by Sen. Amy Klobuchar of Minnesota, another Democratic presidential contender last cycle. 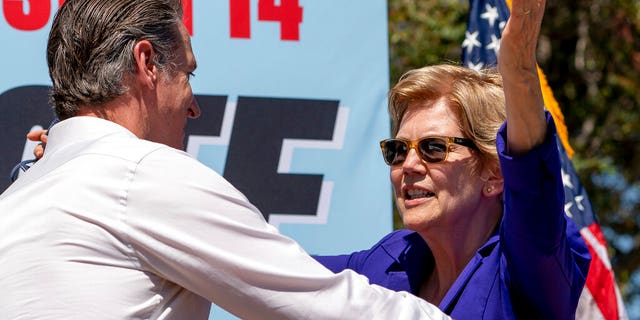 It’s not just on the campaign trail.

“At this unprecedented moment in American history, when we’re trying to address the crisis of climate change, guarantee health care for all, and pass real immigration reform, the last thing we need is to have some right-wing Republican governor in California,” longtime Sen. Bernie Sanders of Vermont says in a TV commercial supporting Newsom that’s currently running statewide in California.

“The Sept. 14 recall of Gov. Newsom is a bold-faced Republican power grab,” the progressive rock star and runner-up to Biden in last year’s Democratic presidential nomination race charges in the ad. “Don’t let it happen. Please, return your ballot or vote no in person by Sept. 14.”

Thanks to unusual campaign finance laws for recall elections – California treats the question of whether to remove the governor as a ballot issue, rather than a candidate race – Newsom can raise unlimited amounts of money as he fights to keep his job.

And that’s what he’s been doing – hauling in and spending big bucks and lapping the leading GOP replacement candidates when it comes to fundraising. Newsom’s massive advantage is allowing him to dominate the airwaves.

The governor’s “Stop the Republican Recall” campaign has spent nearly $33 million dollars to run TV, digital and radio ads – with the bulk of it being dished out since mid-July – according to AdImpact, a leading national ad buying firm.

That’s leagues ahead of 2018 Republican gubernatorial nominee John Cox, who’s spent $7 million to run ads for his recall election campaign. And conservative talk radio host Larry Elder, the polling front runner among the 46 replacement candidates on the recall ballot, has spent $4.8 million to run ads since launching his campaign in mid-July, according to figures from AdImpact.

Voters are being asked two questions on the Newsom recall ballots. The first question is whether the governor should be removed from office. If more than 50% support removing Newsom, the second question offers a list of candidates running to replace the governor. If the governor is recalled, the candidate who wins the most votes on the second question – regardless of whether it’s a majority or just a small plurality – would succeed Newsom in steering California.

Newsom’s strategy is simple: In the very blue state of California – where he won election by 24 points over Cox in 2018 – he needs to get Democratic voters to cast their ballots, to make up for energized Republican voters hoping to oust the governor from office.

Newsom’s strategy may be working.

Most public opinion polls conducted in July and August indicated that likely voters were divided on whether to recall Newsom.

But the latest surveys, including one conducted Aug. 20-29 by the Public Policy Institute of California , suggest a majority of likely recall election voters support keeping the governor in office.

Defund-police supporters tell Biden they're 'not going away'