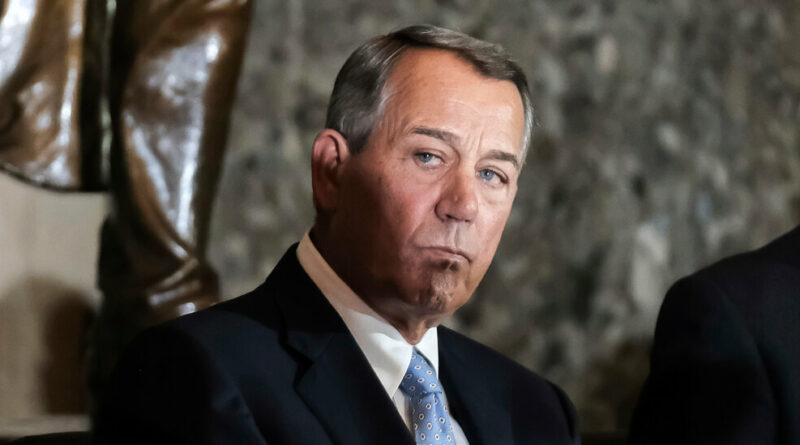 John Boehner, the Republican former House speaker, issues a stinging denunciation in his new book of Donald J. Trump, saying that the former president “incited that bloody insurrection” by his supporters at the Capitol on Jan. 6 and that the Republican Party has been taken over by “whack jobs.”

The criticism from Mr. Boehner in his book, “On the House: A Washington Memoir,” represents an extraordinary public rebuke by a former speaker of the House toward a former president from his own party and shows how much the Republican Party has shifted since Mr. Boehner left Congress in 2015. And his remarks came as Mr. Trump has sought to retain his grip on Republican lawmakers’ loyalty from his new political base in South Florida.

The Senate minority leader, Mitch McConnell, sharply criticized Mr. Trump at the end of the Senate trial for the former president’s second impeachment, pointing to his role in the Capitol riot. Others, like Representative Liz Cheney of Wyoming, the No. 3 in the House Republican leadership, have also excoriated him.

But Mr. Boehner’s remarks went a step further, serving as a rejection of what the party he once helped lead has morphed into over the last several years. While he has criticized Mr. Trump in the past, it’s his comments about the events of Jan. 6 that have the most resonance.

In the book, an excerpt from which was obtained by The New York Times, Mr. Boehner writes that Mr. Trump’s “refusal to accept the result of the election not only cost Republicans the Senate but led to mob violence,” adding, “It was painful to watch.”

At another point, he writes, “I’ll admit I wasn’t prepared for what came after the election — Trump refusing to accept the results and stoking the flames of conspiracy that turned into violence in the seat of our democracy, the building over which I once presided.” 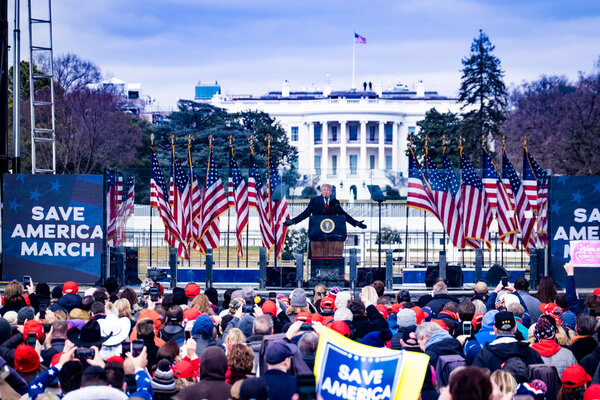 He adds: “Watching it was scary, and sad. It should have been a wake-up call for a return to Republican sanity.” Nodding to the divisions between the parties in Congress now, he writes, “Whatever they end up doing, or not doing, none of it will compare to one of the lowest points of American democracy that we lived through in January 2021.”

Mr. Trump, he goes on, “incited that bloody insurrection for nothing more than selfish reasons, perpetuated by the bullshit he’d been shoveling since he lost a fair election the previous November.” Mr. Boehner writes, “He claimed voter fraud without any evidence, and repeated those claims, taking advantage of the trust placed in him by his supporters and ultimately betraying that trust.”

In an emailed statement, Jason Miller, a spokesman for Mr. Trump, called Mr. Boehner a “Swamp Creature” and accused him of favoring “Communist China.” In a separate email to The Times, Mr. Trump asked of Mr. Boehner, whose love of merlot wine is legendary in Washington: “Was he drinking when he made this statement? Just another RINO who couldn’t do the job!”

The former president has continued to make wild and false claims about widespread voter fraud in the election, despite multiple court rulings against him and the certification of President Biden’s victory.

Of members of the House and the Senate who supported Mr. Trump’s efforts to overturn the election results, Mr. Boehner writes: “Some of the people involved did not surprise me in the least. The legislative terrorism that I’d witnessed as speaker had now encouraged actual terrorism.”

Mr. Boehner, whose tenure in the House Republican leadership coincided with the congressional obstruction of the Obama years and who was subsumed by the rise of the Tea Party and House members who were rewarded by conservative media appearances, writes that the G.O.P. must “take back control from the faction that had grown to include everyone from garden-variety whack jobs to insurrectionists.”

For now, Mr. Trump has retained support among Republican voters. A slim majority would like to see him as the party’s nominee again if he runs in 2024, something he has told advisers he’s serious about considering. And some House G.O.P. officials are deeply concerned about keeping him on their side in their efforts to retake control in the midterm elections next year. 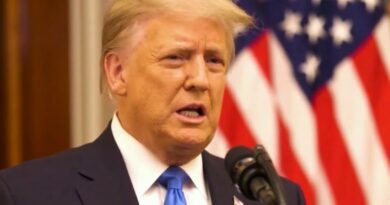 Jonathan Turley: Trump's final list of pardons — the good, the bad and the ugly

Iran's Rouhani blames US, Saudi for conflict in region